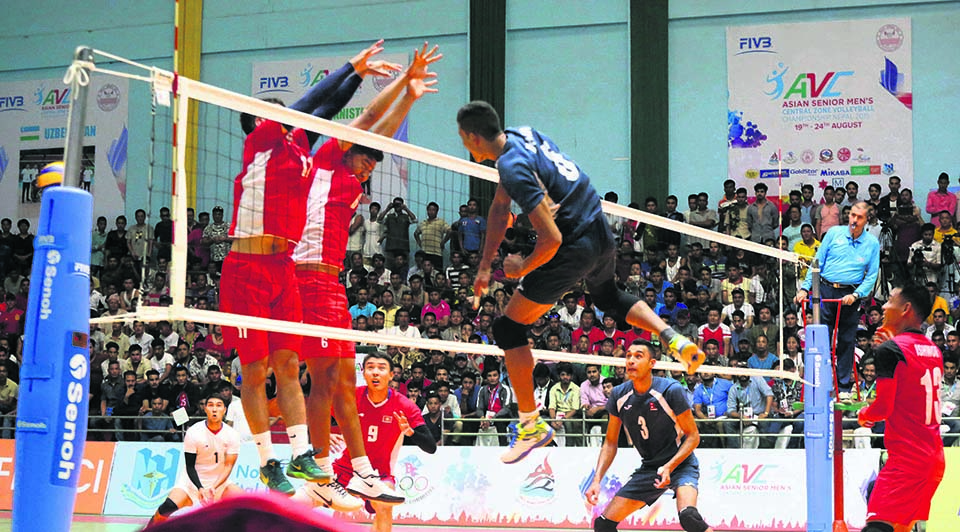 Kathmandu, 27 December (2021) - Nepal has made it to finals under the ongoing AVC Asian Central Zone Volleyball Championship by defeating Kyrgyzstan in a match today. The match was played at Shaheed Suhrawardi Indoor Stadium in Mirpur, Dhaka, Bangladesh.

In women's category, Nepal thrashed Kyrgyzstan in three straight sets. Nepal won all sets 25-8, 25-14 and 25-16, making it into the finals. In the league phase, unbeaten Nepal defeated Sri Lanka 3-2 and Maldives, Bangladesh and Uzbekistan 3-0 each in straight sets.

The country is playing against Uzbekistan in the finals tomorrow. Uzbekistan has reached finals by defeating Sri Lanka 3-2 sets in a match today.