U.S. conspiracy on Xinjiang an exercise in futility 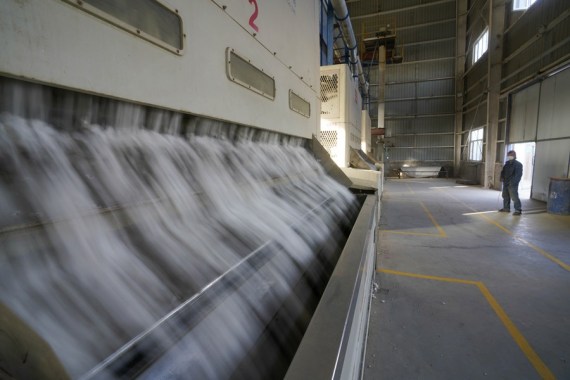 Disregarding the facts and China's strong opposition, the United States signed into law the so-called "Uyghur Forced Labor Prevention Act" as part of its conspiracy to use Xinjiang to contain China.

The provocative U.S. move bans imports in various sectors including the cotton, tomato and garment industries from China's Xinjiang Uygur Autonomous Region due to allegations of "forced labor." Such false claims have been intentionally concocted and hyped internationally by certain anti-China scholars and forces in their orchestrated and systematic smear campaign targeting the autonomous region.

In the name of protecting human rights, the United States is attempting to deprive farmers and workers in Xinjiang of their right to pursue better lives -- a gross violation of the fundamental human rights of people of all ethnic groups in the region.

The U.S. government is trying to strangle the economy of Xinjiang through its industrial and supply chains under the false pretext of "forced labor" and "violations of human rights," said a research report on the U.S. conspiracy behind the Xinjiang allegations, recently released by the Institute for Central Asia Studies under Lanzhou University in northwest China's Gansu Province.

The groundless, expanded sanctions are by their very nature an attack on human rights and are typical of the bullying tactics favored by the United States. It is a manifestation of the new U.S. imperialism aimed at maintaining the nation's fading global hegemony.

In Xinjiang, no terrorist incidents have occurred over the past five years; absolute poverty has been eliminated and people enjoy prosperous lives protected by the law; the population is growing steadily; social stability is bringing more dividends. People of all walks of life in the region and foreigners who visit the region have shared their personal stories and experiences, debunking the "forced labor" lies time and again.

Yet the United States chooses to turn a blind eye to all these facts. In contrast, it spares no effort in fabricating and spreading lies to defame Xinjiang for its own vicious and selfish purposes.

In truth, the United States should feel ashamed of its own human rights record, given its long-standing domestic problems with human trafficking and forced labor. Ironically, the world's most developed country has utterly failed in combating the COVID-19 pandemic, which has claimed over 800,000 lives in the country, with this grim figure still rising.

The U.S. authorities need to focus more on their own serious human rights issues rather than resort to absurd and futile ploys to draw attention away from their domestic crises.

Xinjiang is enjoying its greatest period of development. Its quality cotton is popular worldwide. Local residents enjoy peaceful and prosperous lives. No foreign forces could disrupt the social stability in Xinjiang nor stop people of all ethnic groups in the region from striving for a better life, just as China's rejuvenation is an unstoppable force.

As a Western saying goes, give a thief rope enough and he will hang himself. A similar Chinese saying notes that he who perpetrates many injustices is doomed to destruction. The United States should abandon its conspiracies on Xinjiang immediately as they are doomed to failure.

Facing the latest attempts by the United States to advance its conspiracy, China is well within its rights to offer a firm response.