There's hope on the horizon in the new year 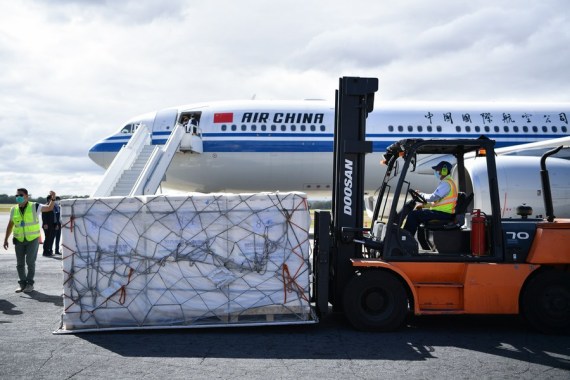 Beijing, 2 Jan (2022) - The world is confronted with seemingly intractable problems, and so hope for humanity to rise above its present challenges is perhaps the best gift a new year can offer.

The past two years were defined by a dreadful pandemic, a roller coaster of the global economy and an ever more pressing climate crisis.

Still, people across the globe have stayed tenacious and optimistic, and responded to these whirlwind events of epic proportions with growing sobriety and solidarity, as well as concrete actions.

And every step forward, big or small, has kept humanity's hope alive and kicking to turn the tide around.

After a two-year battle against the cunning coronavirus, the world is now in better shape to contain the COVID-19 pandemic in terms of experience and materials even though the new Omicron variant is surging in many parts of the globe.

Prevention and control measures like social distancing and mask wearing, although still controversial topics in countries like the United States, have seen broader public acceptance, and worldwide vaccination campaigns have downed the fatality and hospitalization rates.

By Dec. 17, nine vaccines from various countries had received the approval of the World Health Organization (WHO) for emergency use, and over 8.6 billion doses of COVID-19 vaccines had been administrated globally by year-end.

"We have the tools that can bring (the pandemic) to its knees," Maria Van Kerkhove, a top WHO expert on the COVID-19 pandemic, said in December, adding that if the tools are used correctly, "We have the power to end it in 2022."

Progress has also been made to tame other major diseases. In June, China was officially granted malaria-free certification after 70 years of struggle against the disease. The Ebola virus, though having sporadically broken out in several African countries in 2021, became a much weaker killer since its initial waves of attacks from 2013 to 2016 thanks to advances in medicine.

There's more to celebrate. Although lopsided, the pandemic-battered global economy is recovering.

The International Monetary Fund forecast in October that the world economy will grow by about 6 percent in 2021 - the fastest pace in the past four decades, solidifying an uptrend following a global recession in 2020.

Adding to the economic good news, the world's biggest trade pact - the Regional Comprehensive Economic Partnership - took effect in 10 countries on the first day of 2022, injecting fresh momentum to a deeply-globalized world economy. Furthermore, artery railways on three continents such as the iconic China-Europe Railway Express, the China-Laos railway and a railway line in Tanzania have all recorded milestone achievements in the past year.

In terms of dealing with a byproduct of economic development, giant steps were made through joint efforts by the international community to combat the climate crisis.

In November, nearly 200 participating countries adopted the Glasgow Climate Pact and a much-needed global resolution to draw down coal-fired power. In December, the International Energy Agency revealed that 2021 was renewable energy's biggest year ever, with roughly 290 gigawatts of renewable energy generation installed globally.

On the scientific front, advancements were made in vaccine research, green technology, space exploration, artificial intelligence and gene-editing technology, among others.

Furthermore, 147 out of 168 countries performed better in terms of social progress from a decade ago, a conclusion shown in the 2021 Social Progress Index Report released in November, which assessed a series of indexes covering human rights, education, medical services and others.

To make a better 2022 feasible, concrete actions are a must. Solutions to the world's most pressing challenges cannot emerge overnight, something China understands well.

From the elimination of extreme poverty to the realization of a moderately prosperous society in all respects, from 2 billion doses of COVID-19 vaccines China provided to the world to the construction of Tiangong space station, none of these achievements in a tumultuous year were accomplished at the snap of a finger.

As Chinese President Xi Jinping said in his 2022 New Year address, "To ensure that everyone leads a better life, we must never rest on what we have achieved, and there is still a long way to go."

Many a little makes a mickle. The evolution of humanity itself has been an epic featuring fearlessness in the face of darkness.

"Moments of great difficulty can also be moments of great opportunity," United Nations Secretary-General Antonio Guterres said in his New Year address. He called on all nations "to come together in solidarity" and "to move forward together, with hope in what our human family can accomplish."

Guterres is right. The world needs hope. Only hope can renew humanity's belief in a shared future and pilot us through thick and thin.