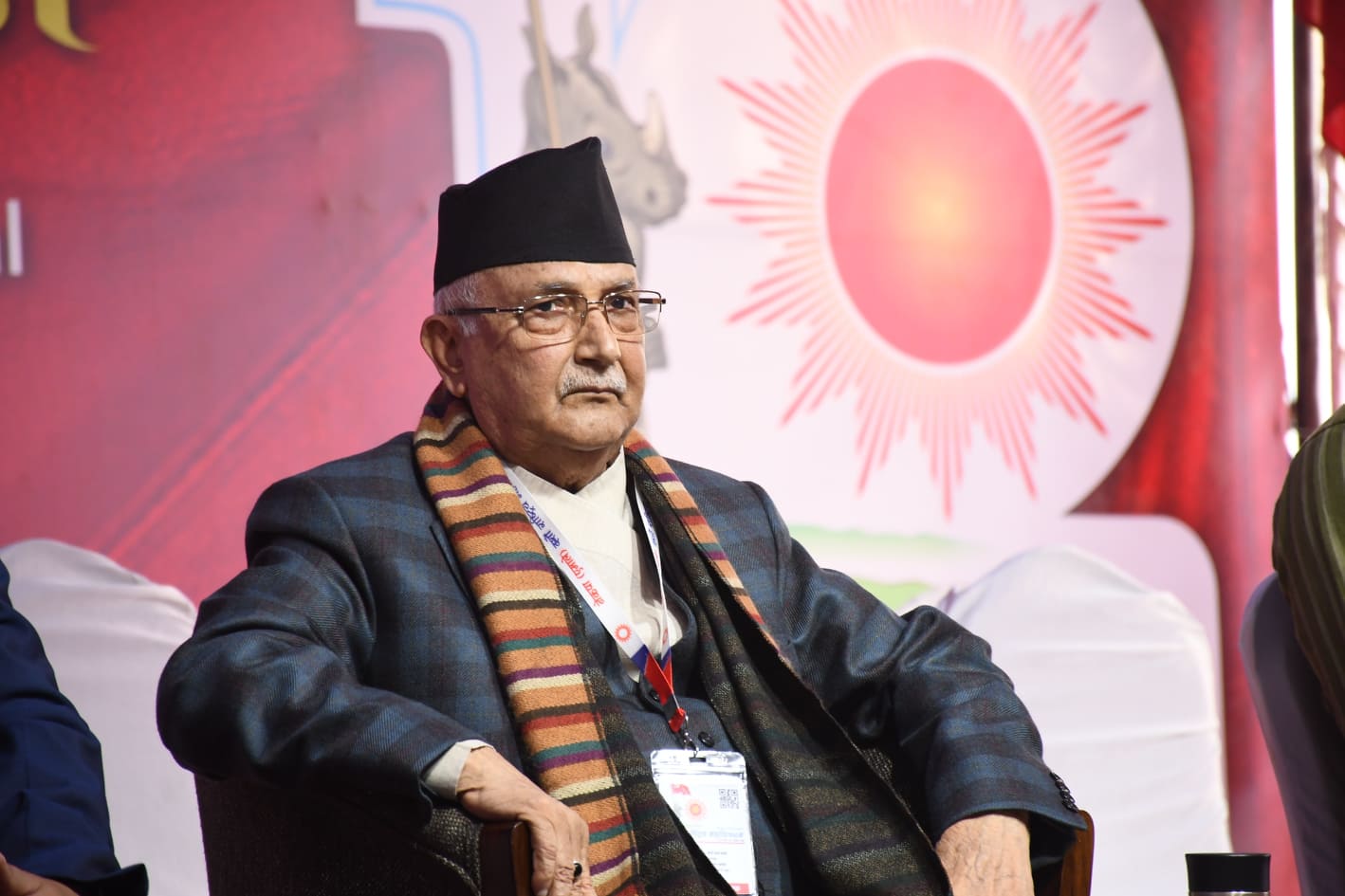 Kathmandu, 2 January (2022) - CPN (UML) party Chair KP Sharma Oli has claimed that those responsible for toppling the government led by own party and supporting others to form the new one could not bring socialism in the nation.

In his virtual address to a greetings exchange programme organised by the Prabashi Nepali Manch (Overseas Nepali Forum), International Committee close to the UML on the occasion of English New Year 2022 last night, the former Prime Minister accused the role of the 'force not wishing to see stability and good governance' in ousting of the UML-led government.

Stating that the party would take a lead to deal with remaining mandate of prosperity with people’s new verdict, he urged overseas Nepalis for the support towards that end.

UML foreign department chief Dr Rajan Bhattarai expressed his hope of getting support from overseas Nepalis to get the aspiration for ‘prosperous Nepal, happy Nepali’ realized.