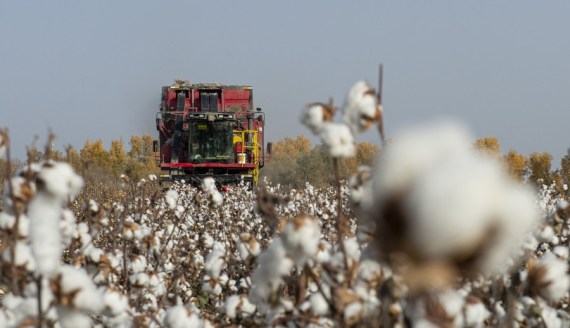 Beijing, 6 January (2022) - Using Xinjiang-related issues as an excuse to force multinational companies to pick a side between China and the United States is out-and-out political coercion, a Chinese Foreign Ministry spokesperson said Thursday.

It was reported that Tadashi Yanai, founder of Japan's clothing retail giant Uniqlo, said his company refused to comment on whether Uniqlo uses cotton sourced from China's Xinjiang Uygur Autonomous Region as he wanted to be neutral between China and the United States. He said the U.S. approach was to force companies to show their allegiance, and Uniqlo won't play that game.

In response, spokesperson Wang Wenbin told a news briefing that the United States had repeatedly stirred up rumors and troubles on Xinjiang-related issues. In essence, it is trying to contain China's development and undermine the prosperity and stability in Xinjiang.

Forcing multinational companies to take sides and show allegiance to the United States is blatant political coercion against market rules and business ethics, Wang said. "This will not only damage the interests and national credibility of the U.S. but also undermine the stability of supply chains and disrupt the international trade order."

"Xinjiang cotton is pure white and of high quality, and the people in Xinjiang are hardworking and capable. We believe that more and more enterprises can distinguish right from wrong, rid themselves of political disruption, and make business decisions independently," he added.