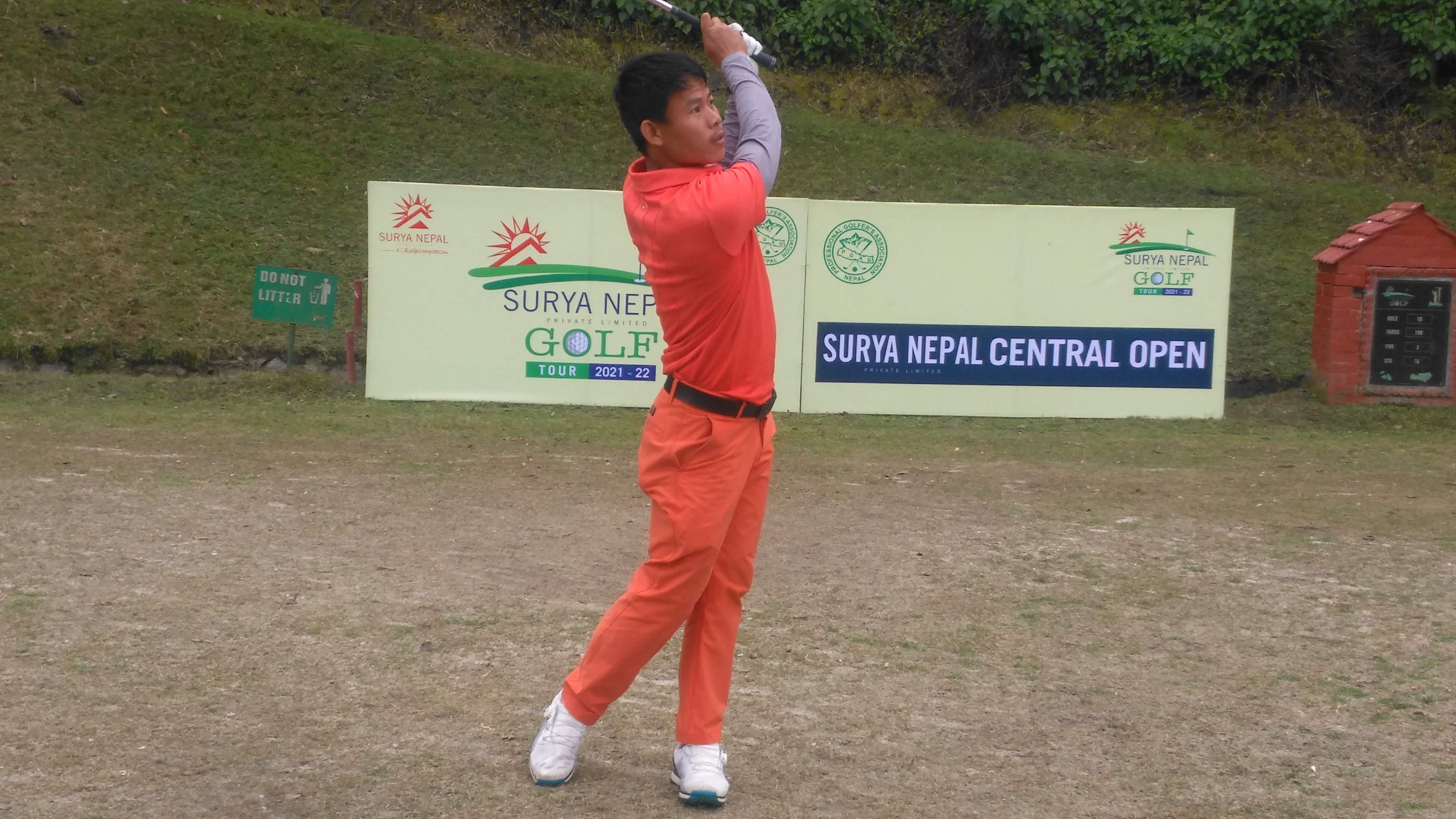 Rabi Khadka and Bhuwan Nagarkoti are tied for third after the second round at four-under 140, Rabi scored three-under 69 whereas Bhuwan turned in a successive two-under 70.

Rame Magar is fifth, he carded even-par 72 today for a total of three-under 141. Amateur Sadbhav Acharya and Niraj Tamang are tied for sixth place with the total score of three-over 147. Sadbhav carded one-under 71 and Niraj scored three-over 75.

Rajendra Shrestha Pradhan is eighth with the score of six-over 150 after carding four-over 76 today.

Sukra had a brilliant start birding second & third, and then added a hole-out eagle from fairway on the sixth and birdied again the seventh and eighth holes for a six-under 30 on the front nine. On the back nine, he made birdie on 10th but made disastrous doubly bogeys on 12th ,16th and 17th holes before sinking a long putt birdie on the last hole for four-over 40.

Amateur Subash on the front nine, made bogey on second hole but sank birdies on eight and ninth holes for one-under 35. On the back nine, he made birdies on 10th and 13th holes added an eagle on the 15th but dropped shots on 14th and 16th holes for two-under 34.

Rabi carded three straight birdies at the start and dropped shot on the fifth hole for two-under 34 on the front nine. On the back nine, he made birdies on 10th and 13th holes against a bogey on the 12th hole for one-under 35.

Rame scored even-par 36 on each-side. He made four birdies on the sixth, seventh, 15th and 17th holes against bogeys on third, eighth, 14th and 16th holes.

The cut was applied at 12-over 156 and 23 professionals and six amateurs survived the cut after the mid-way of the tournament. Others who made the cut were Bal Bhadra Rai, Ram Krishna Shrestha, Jayaram Shrestha, Bipin Tamang, Kamal Tamang, Dinesh Prajapati, Sanjay Lama, Binod Tamang, Bhuwan Kumar Rokka and Tirtha Poudel.