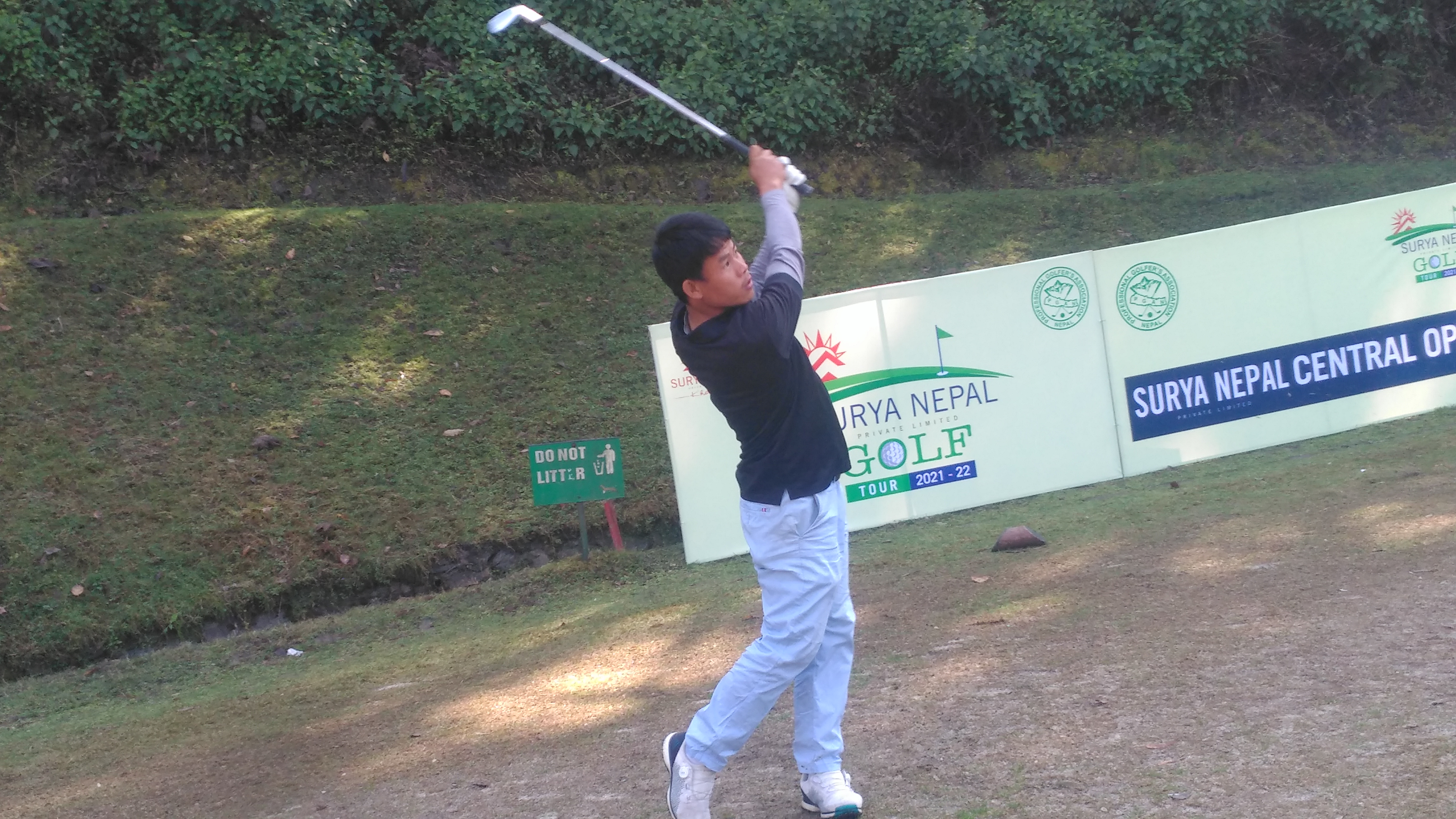 Kathmandu, 13 January (2022) -  Sukra Bahadur Rai extended the lead to four-stroke going into the final round of the Surya Nepal Central Open, the third event of the Surya Nepal Golf Tour 2021-22 here at Gokarna Golf Club on Thursday.

Shukra played a round of four-under 68 for the 54-hole total score of 11-under 205. The home club pro Bhuwan Nagarkoti carded three-under 69 for a total of seven-under 209.

Rame Magar is fifth at even-par 216, he posted a round of three-over 75 today. Amateur Sadbhav Acharya is sixth overall with the score of two-over 218, he carded one-under 71 today. Niraj Tamang is seventh with the total score of five-over 221, he played two-over 74. Dhana Bahadur Thapa carded even-par 72 for a total score of seven-over 223 to be in the eighth position.

Sukra on his bogey free round scored three-under 33 on the front nine that included birdies on third, seventh and ninth holes. On the back nine, he made birdie on the 11th hole for one-under 35.

Bhuwan carded a bogey on the first hole but came back with birdies on second, third and ninth holes for two-under 34. On the back nine, he made a birdie on the 17th hole for one-under 35.

Rabi scored two-under 34 on the front nine with the help of birdies on third and fourth holes. On the back nine, he made a bogey on the 14th hole for a one-over 37.

Amateur Subash started well with birdies on third and fourth holes but a bogey on fifth and triple-bogey on the seventh gave him two-over 38 on the front nine. On the back nine, he scored a birdie on the 11th hole but made double-bogey on the very next hole, then came back with birdies on 15th and 17th holes for one-under 35.

Rame scored birdie on the sixth hole but dropped shots on eighth and ninth holes for one-over 37 on the front nine. On the back nine, he made bogeys on 14th and 15th holes for two-over 38.

Amateur Sadbhav started with a birdie on the first hole but dropped a shot on the next hole, birdied third and seventh again made a disastrous double-bogey on the eight hole for even-par 36 on the front nine. On the back nine, he made birdie on the 12th hole, but an out of bounds drive gave double bogey on the 14th hole but came back with birdies on 15th and 16th holes for one-under 35.

A total of 39 professional golfers and 19 amateurs are taking part in the tournament. 23 pros and six amateurs made the cut for the last two rounds. The event carries a cash purse of Rs 775,000. Winner of the event will be richer by Rs 135,000, the runner-up will earn Rs 88,000 and the third-place winner will get Rs 65,000. Others in the 21 places will also earn prize money.