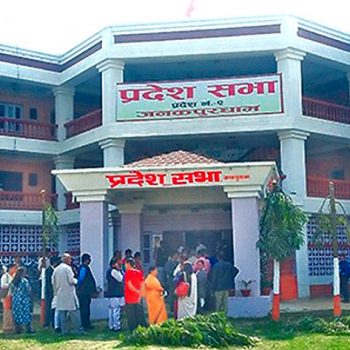 Janakpur, 16 January (2022) - A special committee formed to carry out a study on deciding the name and capital of Province 2 is scheduled to table its report in a meeting of the Provincial Assembly of the province taking place today at 11 am.

The committee led by Speaker of the province Saroj Kumar Yadav held discussions on the matter with various political parties and the Provincial Assembly members, but failed to garner a consensus.