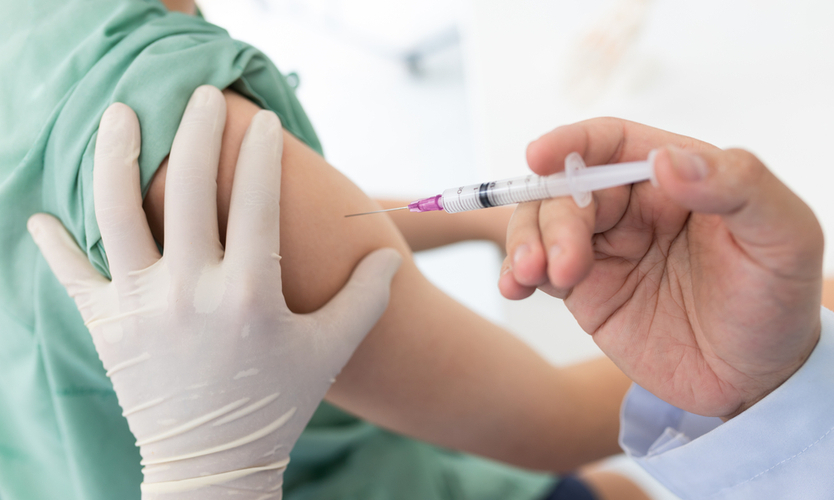 Biratnagar, 17 January (2022) - Minister for health and Population Birodh Khatiwada has said the vaccination campaign against COVID-19 is going ahead with high priority.

Speaking in a press meet organized by the Socialist Press Organization Morang here today, he said, "The government has the policy of conducting the vaccination programme in a more effective manner in all the seven provinces by preparing the schedule."

The Health Minister said there is no problem regarding the vaccination against COVID-19 since 40 million doses of vaccines were in stock.

Stating that 40 per cent of the total population has got vaccinated, he said temporary desk will also be set up for expediting the vaccination campaign. "The government is preparing to carry out regular inoculation in crowded cities. So far, 28 million doses vaccines have been administered," the Health Minister said, adding that work of vaccinating children above 12 years and below 18 years of age has already underway since December 19.

According to him, people taking full dose of vaccines has reached 60 per cent. Health Minister Khatiwada shared that the government has made preparation for the prevention and control of Omicron variant of the Novel Coronavirus and treating the infected persons.

He said the government has made holding centres and made arrangements for ICU, ventilators and oxygen plants at hospitals. The Health Minister said discussion is on between the government and the insurance companies so that the beneficiaries can get the insurance amount the policy for which was bought by the citizens during the COVID-19 pandemic.