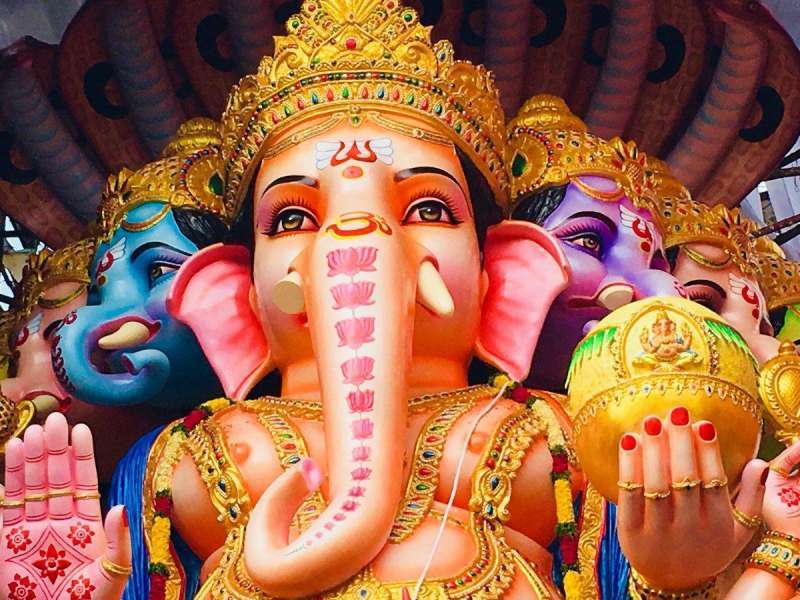 Kavrepalanchok, 19 January (2022) - A huge statue of Ganesh, the Hindu god of good luck, has been unveiled at Gorakhnathdanda of Panauti Municipality-6 in Kavrepalanchok district. The nine feet tall statue made of five metals is constructed with the monetary contribution of the locals.

Construction Consumers Committee president Ram Kumar Basnet said approximately Rs 7.1 million was collected and of this amount the statue cost Rs 6.2 million. He said a park has also been constructed around the statue which is installed on an open hillside of the Gorakhnathdanda.

According to him, the remaining amount has been deposited in the conservation fund. It is believed the installation of the Ganesh statue right in front of the Gorakhnath Temple on the hillside would help promote religious tourism in the locality.