What will be the fate of MCC? 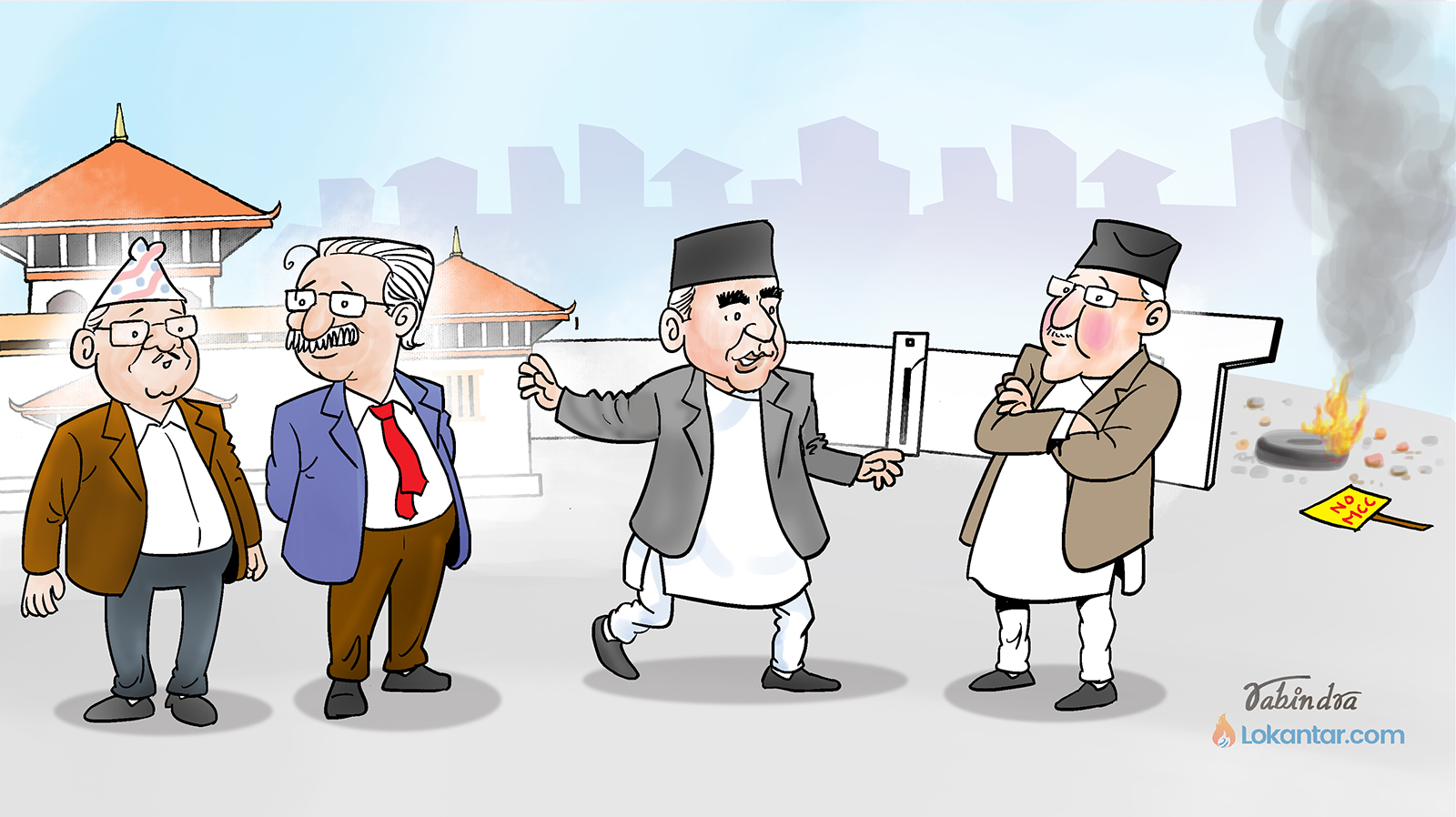 Two things can possibly happen today: (1) the parliament will either approve or disapprove Millennium Challenge Corporation (MCC), or (2) in line with Nepali spirit of doing everything at the Eleventh Hour, and also to test the nerve of the Americans, the parliament session may be postponed, once again, for a day. Because there is one more extra day to go before MCC deadline expires on 28 February.

Whatever happens with the MCC – approved, disapproved or put into a deep freeze due to indecisiveness of the political parties – it is time to draw lessons from the controversy.

Why has MCC turned into a political hot cake? Why is there so much controversy surrounding development project like MCC? If it has been a blotched operation from the start, why it got nods from so many governments? It is reported in the media that MCC has passed through the scrutiny of as many as eight successive governments in the past.

The project has been messed up so much that it has almost come to a stage of intractable problem. It is no more at the realm of domestic politics. The choice is not just between breaking political alliance or MCC; it is now at the vortex of geopolitics. Even arch rivals - Narayan Kaji Shrestha from the Maoist Centre and Dr Baburam Bhattarai from Loktantrik Samajwadi- are threatening us with Ukraine situation albeit their perceptions about Ukraine situation are a pole apart.

Instead of debating on the technicalities and management capacities of MCC, the leaders resorted to using MCC as a tool to attain their vested, narrow, and partisan goals. There is now a massive public distrust with almost all political parties.

Here are three primary lessons that need to be drawn from MCC controversy:

Obviously, the first lesson is related to our time management. We, Nepalese, are uniquely habituated to doing everything at the last hour. Unlike other projects, MCC is said to be a time-bound project having definite five-year duration. We spent a decade in its preparation and consumed nearly five years for its ratification. Still we are prepared to buy time – even to the last hour. This unique way of doing everything at the Eleventh Hour must have tested the nerves of Americans habituated to meeting deadlines and punctuality.

Having requested four to five months of MCC extension to sell the idea with the stakeholders; the responsible parties did nothing other than twiddling their fingers. And at the last hour, they are holding l emergency meetings after meetings. Definitely, there is a need for changing our time management habits and practices.

The second lesson is to do with gross public relations failure by MCA Nepal. The day some American natives, possibly MCA Nepal staff members, appeared on the TV screen, speaking unpolished Nepali language, propounding benefits of MCC in Nepal, to an average Nepali audience, it transmitted more negative messages about MCC than its positive virtues. In a way, there was a gross mishandling of PR exercise by the MCC Nepal officials.

The third lesson has to do with duplicity among political leaders, that is, saying one thing in public and another thing in private. This essentially eroded trustworthiness of political leaders. Instead of debating on the technicalities and management capacities of MCC, the leaders resorted to using MCC as a tool to attain their vested, narrow, and partisan goals. There is now a massive public distrust with almost all political parties.

By the time of this writing there is rumour in the air that four parties to the ruling alliance are working out a midway “win-win” approach, originally, floated by Gagan Thapa from Nepali Congress Party. The approach included agreeing to have “an interpretive declaration” on MCC clauses that are perceived to be controversial along with parliamentary ratification of MCC. This midway approach is expected to save political alliance as well as MCC ratification before the expiry of its deadline.