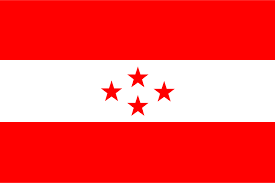 Kathmandu, 13 March (2022) - The Nepali Congress (NC) is launching a month-long election campaign from Sunday to prepare for the upcoming local elections on May 13.

The campaign aims to create an environment conducive for the election by appealing to the voters to exercise their democratic rights by participating in the local level elections. The aim of the campaign is to increase the harmony, unity and energy within the party up to the ward and tole level to win the local elections, said NC spokesperson Dr Prakash Sharan Mahat.

Similarly, the party office has stated that the party cadres and leaders will be oriented towards greater mobilization in the local elections by sharing various responsibilities provided in the party's statute. The objective of the campaign is to publicize the political and economic achievements of the past under the leadership of the Congress, the fact that they were forced to join the government for the defense of the constitution in spite of their responsibility to be in the opposition.

During the campaign, the success of the current government, led by party president and prime minister Sher Bahadur Deuba, in getting the US-backed Millennium Challenge Corporation (MCC) passed by consensus in parliament will be highlighted. For this, the NC has deployed central representatives of the party in all the districts two days before the start of the campaign. The party's seven provincial working committees will play a leading role in their respective provinces to make this election campaigning effective.

Dr Mahat also said that the provincial committees have been assigned to formulate necessary action plan for the success of the campaign, allocate necessary responsibilities for the implementation of the entire program, play a motivating role and coordinate the necessary programs to make the campaign program systematic, formulate additional programs as required in the campaign without affecting the main program. The campaign will be inaugurated in all the districts on the same day, at the same time on at 1:00 pm today.