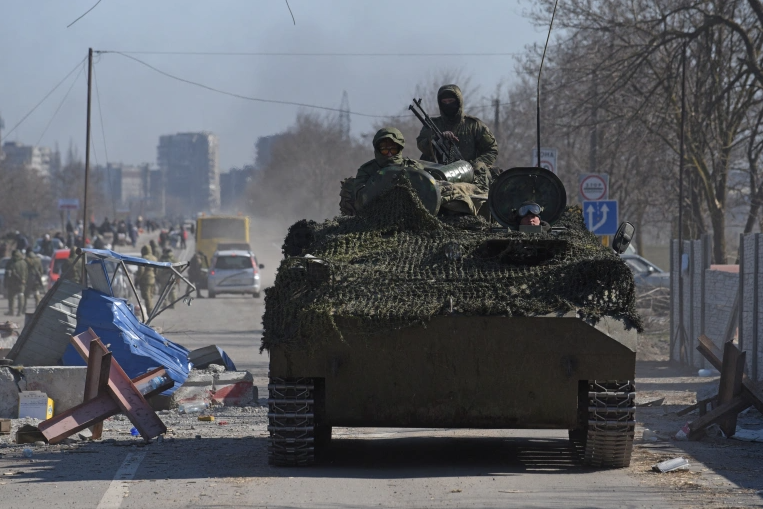 First, coronavirus wreaked havoc in 2019. The virus created global economic topsy-turvy. The world is still struggling to recover from Covid infection. Second, after two decades of occupation, US abruptly pulled out from Afghanistan in 2021, creating a massive humanitarian crisis. Afghanistan is still reeling from the crisis.

Now, it is Russia's turn to create a global problem. Its blitz like invasion into Ukraine has created another man-made crisis hitherto unprecedented after World War II. Within four weeks of its attack more than 3 million people have crossed Ukraine, seeking asylum in the neighbouring countries; majority of them in Poland. And 6.5 million people are now internally displaced.

The loss of lives and properties are immeasurable. The invasion has created a kind of global political chaos and confusion. If this is not the beginning of the World War III, definitely it is going to be Cold War 2.0.

The trident of past, present and future

Interestingly, the three major global players – US, Russia and China represent tripolar world blending immense military, technological, economic and political powers; and dictating their terms to the world. Russia has military, US has technological and China has economic strength.

Russia is relying on brute force to kill and capture the enemy while Ukraine is using low cost, agile technology to defend its territories.

Ukraine crisis may be presented as a European problem with sovereignty concerns of the Ukraine vs. security concerns of Russia. But, in reality, it can turn into a playground for three major players to wage their proxy wars. As both sides to the conflict--Russia and Ukraine--have called upon foreign fighters and volunteers, the conflict is going to be prolonged, deeply entrenched and intractable.

Anyone just viewing TV news screen can fathom the type of war they are engaged in. Russia is relying on brute force to kill and capture the enemy while Ukraine is using low cost, agile technology to defend its territories. The war gives an impression of a huge rhino or an elephant fighting a pack of jackals. Ukraine President Volodymyr Zelensky correctly mentioned while addressing US senate, “Strength does not come from being big and strong; it comes from bravery and courage.” For Russia to emerge victorious it must win the war; to Ukraine not losing the war is enough to ensure their victory. Hence the conflict is going to be intractable.

An enemy of an enemy is a friend

In warfare strategy there is a saying, “an enemy of an enemy is a friend”. For Russia, China could be its close ally because of its enmity with the US. Same goes with China. For US, it can befriend China only because of its past enmity with Russia. Therefore, it is cautious in approaching China. In a recent video call meeting with President Xi, instead of offering incentives, President Biden only outlined “implications and consequences” of supporting Russian invasion. There is a push and pull among these three forces, each force blaming others for the conflict. The attrition among these three forces makes the conflict even more unique and problematic.

Even after four weeks of invasion, Russia has failed to capture Ukraine and install its puppet government. Within three weeks of the war, Russia has lost from 7-13,000 soldiers. This is far greater than 15,000 soldiers lost during ten years of occupation in Afghanistan. Russia is incurring heavy losses. Currently, Russia is fighting war at two fronts – fighting war inside Ukraine and supressing dissents within Russia. Who knows failure inside Ukraine may depose Putin out of power and bring havoc to Russia?

There is a high stake for Putin; therefore, the war might intensify in the days to come. Who knows with Belarus already into the fray and the possibility of Poland being sucked into the war; Ukraine war could easily escalate and spread out in Europe. There is no less number of people believing that Putin is not fighting war with Ukraine, he is fighting war with the West, with the NATO. Stretching Ukraine war, in terms of time and space, only comes at high cost to Russia.

The interest of the West and that of the US lies in containing the war without dragging NATO into non-nuclear conventional warfare and at the same time teaching a lesson or two to Russia. Therefore, it has refused to heed Zelensky’s demand for declaring Ukraine to be no-fly zone or to have MIG-29 fighter planes from Poland. Instead it is determined to supply profusely hi-tech weapons like anti-tank, anti-aircraft missiles to Ukraine.

Sooner or later, China will have to decide about its position on Ukraine. Time is running out for China.

So far China seems to be having a leverage. Literally, it can make or break the war. But it is cautious about its move. The West is already accusing China for taking sides with Russia by supplying military and economic support; and having advance information about Russian attack. It cannot risk antagonizing the West and remain aloof from the global outcry against Russian invasion.

So far it has preferred to remain in the grey area. When China abstained from UN voting, people read it both as “yes” and “no” vote. China did not support Russia but it also failed to support the resolution condemning the invasion. China has not even spelled out the word “war” when it comes to Ukraine crisis. But sooner or later, China will have to decide about its position on Ukraine. Time is running out for China. The escalation of the war in Ukraine only implies China losing its future.