Maoist (Centre) to be number one force in its own strength: Dahal 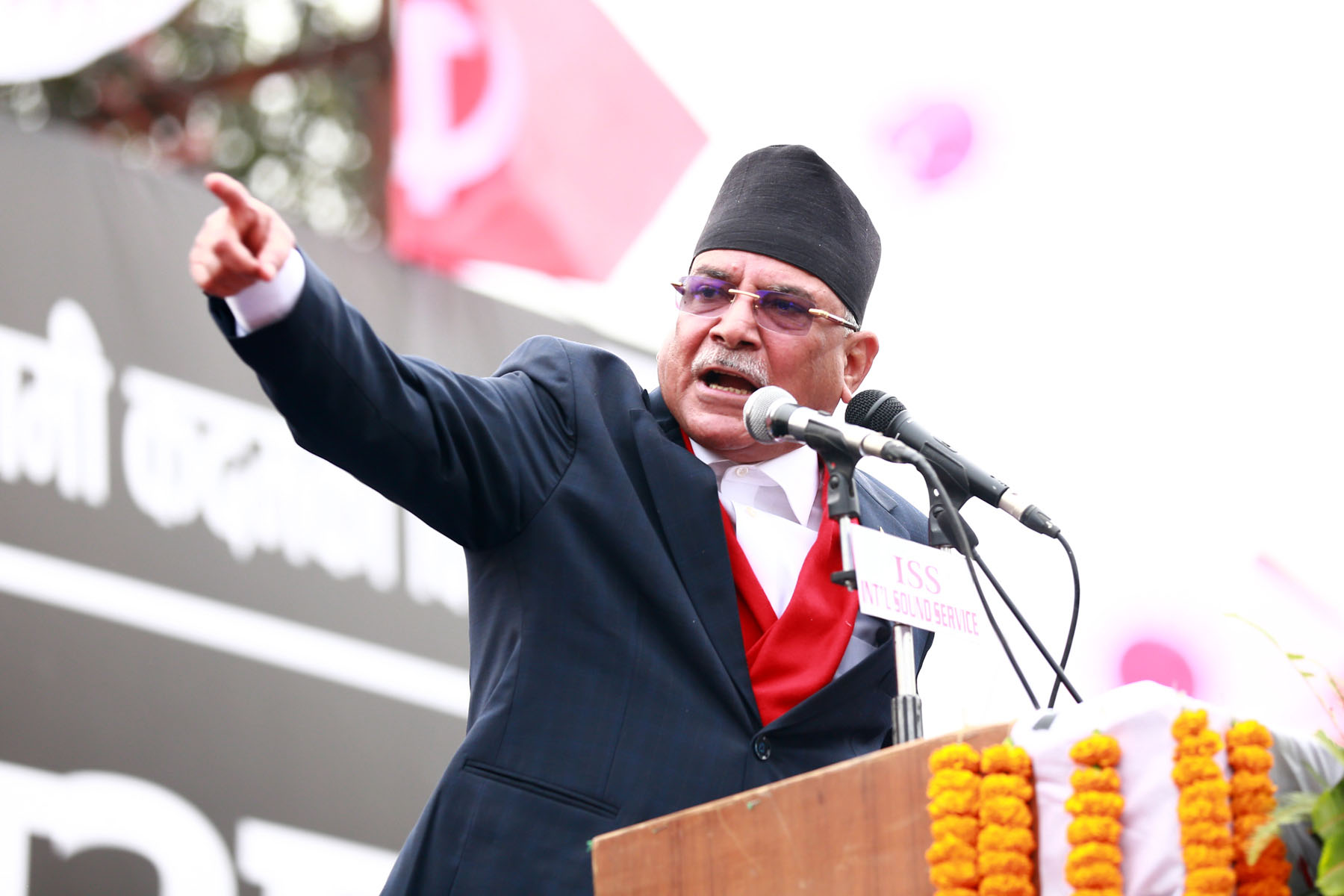 Kaski, 20 March (2022) - CPN (Maoist Centre) chairperson Pushpa Kamal Dahal 'Prachanda' is confident that his party would emerge to be a number one force in the upcoming local level election on its own strength.

The local level election is slated on May 13 this year in a single phase.

At a press conference organized by Press Centre Gandaki Province Committee in Pokhara today, Dahal reiterated that his party was preparing to contest the election on its own strength, organization and agendas instead of forging electoral alliance.

The former prime minister assured, "Opinion about Maoist among public was increasingly becoming positive. Circumstances are brewing in such a manner that some political parties are likely to agree for electoral alliance with our party."

Dahal assured that the local level election would be held on stipulated time and appealed one and all, including the party leaders and cadres, to gear up for the poll.

According to him, his party has launched cadres training programme at the local level in view of the upcoming election.