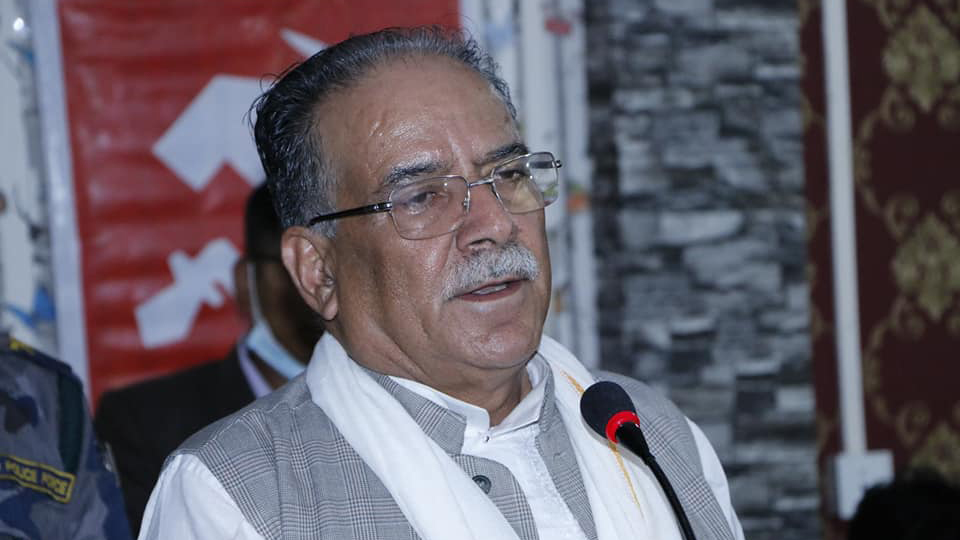 Chitwan, 24 March (2022) - Chairperson of the CPN (Maoist Center) Pushpa Kamal Dahal 'Prachanda' has reiterated that the current coalition in the incumbent government would continue until all three levels elections, local, provincial and federal. "The alliance is intact at present. It will not break. It will continue not only until local level poll, but until the provincial and federal elections," said the former Prime Minister talking to media-persons at Bharatpur Airport today.

Some central and district leaders of the ruling Nepali Congress have said that the NC would claim the position of mayor in Bharatpur Metropolis in the upcoming local level election. When asked about the claim, leader Dahal said, "It does not matter whether congress told about it. Congress has not told that it will fight alone in the election. Only some leaders of the party told so."

Current mayor of the metropolis is Renu Dahal, daughter of Prachanda. It maybe noted that mayor Dahal won the previous local level election with the help of the NC-Maoist Center coalition.

At present, the Maoist Center has been claiming a mayor position in the metropolis in the election when the alliance becomes intact until the poll.

He is scheduled to address a training session for party cadres, inaugurate a newly constructed road, a model Chepang settlement, a bridge and an administrative building for a rural municipality in the metropolis and inspect a development project.