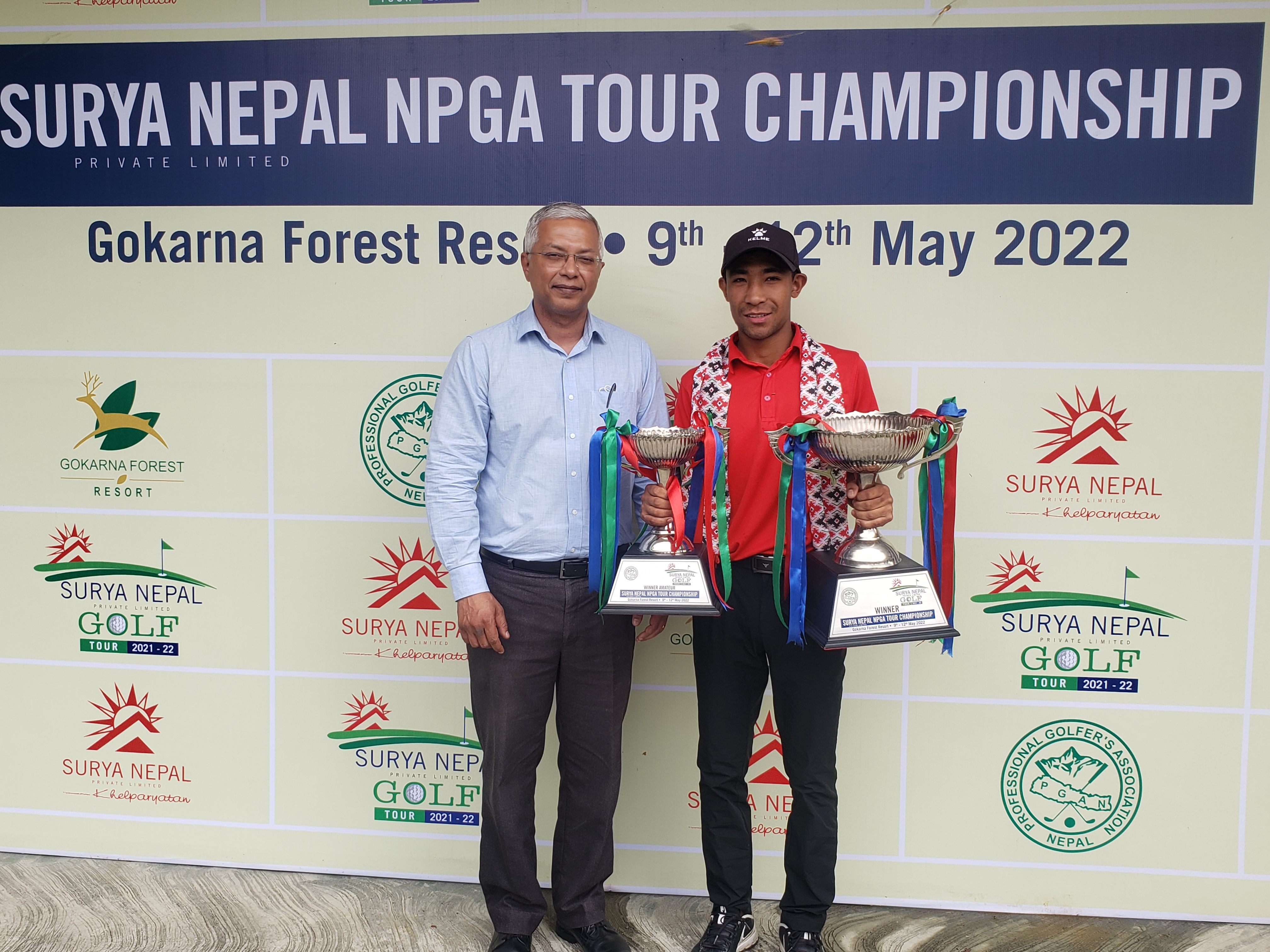 Subash had a comfortable seven-stroke victory over pro Sukra Bahadur Rai and Bhuwan Nagarkoti to become the first amateur golfer to win three major titles. He had also won the Surya Nepal Challenge in 2019 and Surya Nepal Western Open in April.

Subash who was two strokes ahead of Bhuwan going into the final round, carded four-under 68 to post the tournament total of 19-under 269. Sukra, who was eight strokes behind Subash and six strokes behind Bhuwan carded five-under 67 to be tied with Bhuwan at 12-under 278. Bhuwan carded one-over 73 today, both of them shared Rs 111,500 each as Subash was not eligible for cash prize.

Subash never looked back after carding four-under 32 on the front nine, with the help of eagle on the third hole and birdies on seventh and ninth holes. On the back nine, he made birdies on 10th, 12th and 18th holes but also dropped shots on 14th, 15th and 16th holes.

Bhuwan made an error on the second hole and picked up a stroke on the next hole but made furth bogey on the fourth hole, he again sank birdie on the fifth and seventh hole but dropped a shot on the ninth hole. On the back nine, he made birdies on 12th and 18th holes but a disastrous double-bogey on the 14th and bogey on the 15th hole took his score to one-over 37.

Sukra played one-under 35 on the front nine with a lone birdie on the third hole. On the back nine, he made eagle on the 11th hole and birdies on the 12th and 14th holes for four-under 32.