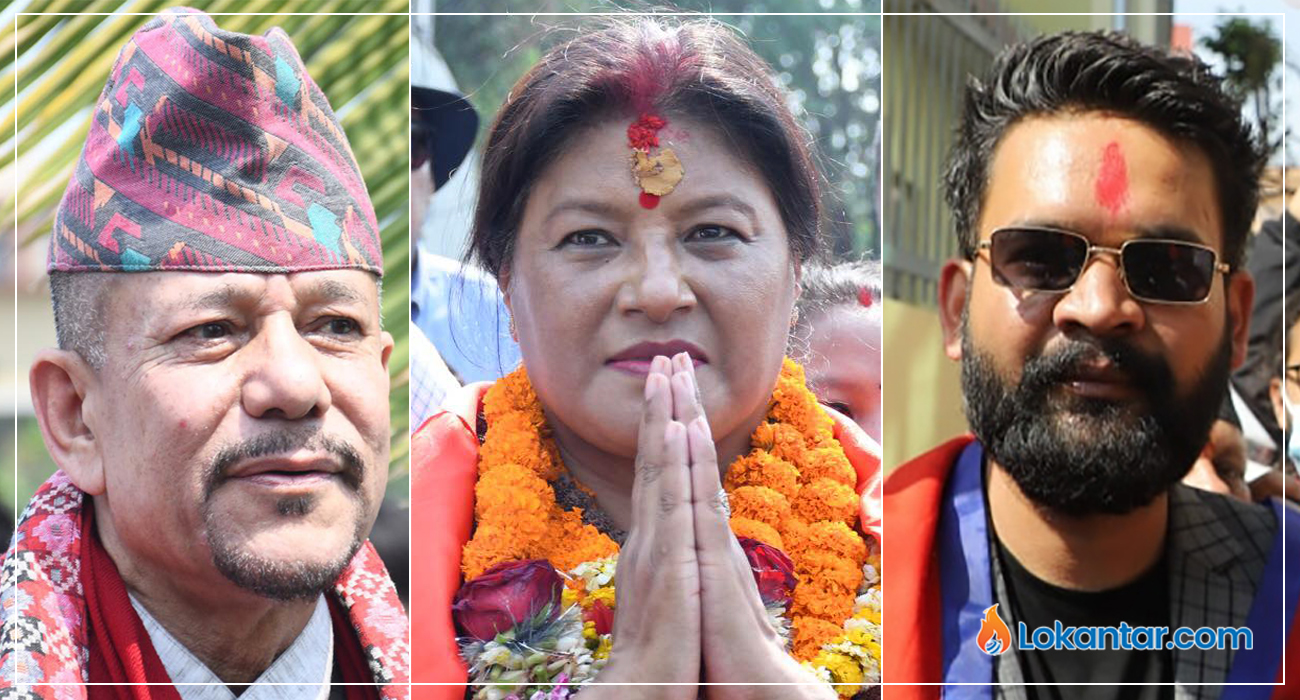 A disclaimer in the beginning. I am neither a Kathmandu Metropolitan City voter nor a supporter of Balen Sah. But I had predicted Sirjana Singh from Nepali Congress Party to be a clear winner for the mayoral seat. My prediction was/is based on the assumption that the new comer(s) will eat UML votes, thereby making Singh the winner.

My assumption was also based on poor public rating of UML candidate Keshav Sthapit at the time of campaign. I never believed and still don’t believe Balen Sah will be the winner. Similar to Ranju Darshana in earlier KMC polls, for me he is just an electoral bubble created by social media. The problem with him is that the media might have given him a national status, but voting is a pure local activity. I doubt many of his youngster fans are his KMC voters.

However, Balen Sah took a clear lead from the very start of vote counting, making my prediction go haywire. Even after 51 percent of the vote counting, he is still leading, that too, with a comfortable margin making his opponents extremely difficult to catch up with him.

Refer to the Chart 1 below for a trend in vote counting at different points of counting. The figures in parentheses are the percentages of votes being counted. There is a difference of 17 percent between him and his nearest rival. He has secured 37 percent (35,000+) of the total counts while his opponents have only secured 20 percent (19500+). By the time of this writing, nearly 50 percent of the total votes (191,000) remain counting. The next 50 percent is expected to decide the fate of the winner and losers. Given the slow pace of vote counting, the full result is expected to be out probably at the end of the week. But voting outcomes can be predicted within a couple of days.

Though there are 55 candidates contesting for mayoral seat in KMC, nearly 77 percent of the counted votes are being distributed among top-three candidates - Balen, Keshav and Sirjana. This high concentration of the counted votes among three top candidates plus the starting of the vote counting in highly newar concentrated wards, called “core wards”, where Balen is reported to have less access and influence, makes the voting outcome extremely unpredictable as well as exciting. Anything is possible.

The core newar dominated wards (12, 18-25, 27 and mixed 13 and 17) are expected to vote along traditional party-lines putting, Balen a non-newar, in a disadvantageous position. However, it is also possible that newar votes be split between two local newars, namely, Sthapit and Singh, giving Balen a strategic advantage. There is also a possibility of some other newar independent candidates (like Suman Sayami and Madan Das Shrestha) eating away the votes of Sthapit and Singh. But I see this as remote possibility.

During the whole process of vote counting, Sthapit and Singh were in a neck-to-neck position, making extremely difficult to figure out who will emerge victorious or the second runner up.

Many Balen supporters are predicting him to be a clear winner. Some arm-chair pundits have even gone to the extent of offering him unsolicited advices on what he should and should not do during his five year tenure at KMC. One could fairly understand their interest with lucrative positions within KMC post-elections. The fates of the candidates are already locked inside the ballot boxes. It is already determined but unknown to us. Therefore, no degree of public rallies and celebrations is going to change the election outcome.

Balen supporters are predicting the win based on “the pattern” of the votes being counted and the comfortable margin he holds. This is what a rational man does – predicting the unknowns based on the knowns. But that pattern could very much change. The percentage of votes going to Balen is already on decline, albeit at slow pace. As counting have started in highly newar concentrated wards, the strains are very much visible. His shares of voting has come down from 38-39 percent to 36-37 percent. This 2 percent diminution may not be alarming at the moment, especially, with 17 percent safety margin but with nearly 50 percent votes to be counted, a constant loss of 2 percent could change the outcome of the electoral game. 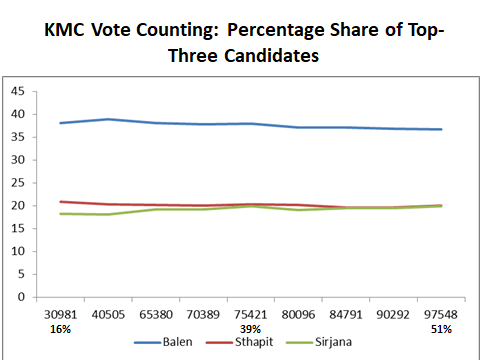