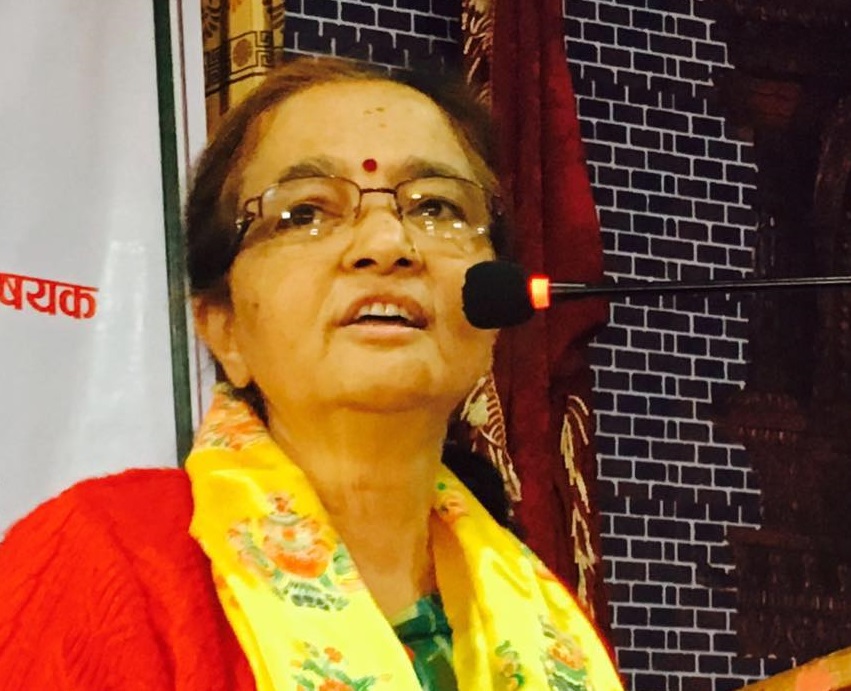 Kathmandu, 23 May (2022) - Minister for Women, Children and Senior Citizens, Uma Regmi, pledged to take initiations for tabling a government-sponsored bill to amend the law regarding rape within the ongoing House session.

In a meeting of the Women and Social Committee, House of Representatives (HoR) today, the Minister said the government was committed to ensure justice to survivors of sexual violence and would seek a help from all related quarters if her efforts to introduce the bill were not sufficient.

During the meeting focused on the discussions about’ time limit for registering case against sexual violence/harassment, the Minister was clear that there should no statute of limitations for seeking a justice for rape. “I have summoned a meeting to discuss the matter today itself.  The amendment process will go ahead being based on suggestions of the law ministry and bodies concerned.”

The Minister informed the meeting that the Ministry representing the 75 percent population of the nation would get a budget of just Rs 800 million and from this year, its ceiling has been fixed at Rs 1.45 billion.

The removal of district-based women development officers’ offices had made women to visit the Ministry to report their issues and the additional budget was sought to set up a liaison unit at the district coordination committee to document the issues.

Minister for Law, Justice and Parliamentary Affairs Govinda Bandi said he earlier today sat with the people of Law Commission to identify a room for revisions in the rape-related law so as to make the crime punishable no matter when it occurred.  As he said, the Commission has been directed to assess and report the provisions requiring amendments. “The government is committed to amend the law.”

Committee president Nirudevi Pal directed the bodies concerned including the Ministry of Women and Social Welfare, the Ministry of Law, Justice and Parliamentary Affairs and the Office of the Prime Minister and Council of Ministers to amend the law at the earliest by coordinating.

The Committee has drawn the attention of the government to make provision for taking maximum legal action against the perpetrator and having it implemented.

A debate has been ongoing after a woman shared through the social media of a horrifying story of an alleged rape on her by an organiser of a beauty pageant who called her to a hotel eight years ago.

The Committee stressed on the need of building an environment so that the accused perpetrator would not get off the legal action.

Home Secretary Tek Narayan Pandey on the occasion committed to not leaving any stone unturned for bringing the accused under the process of legal action.