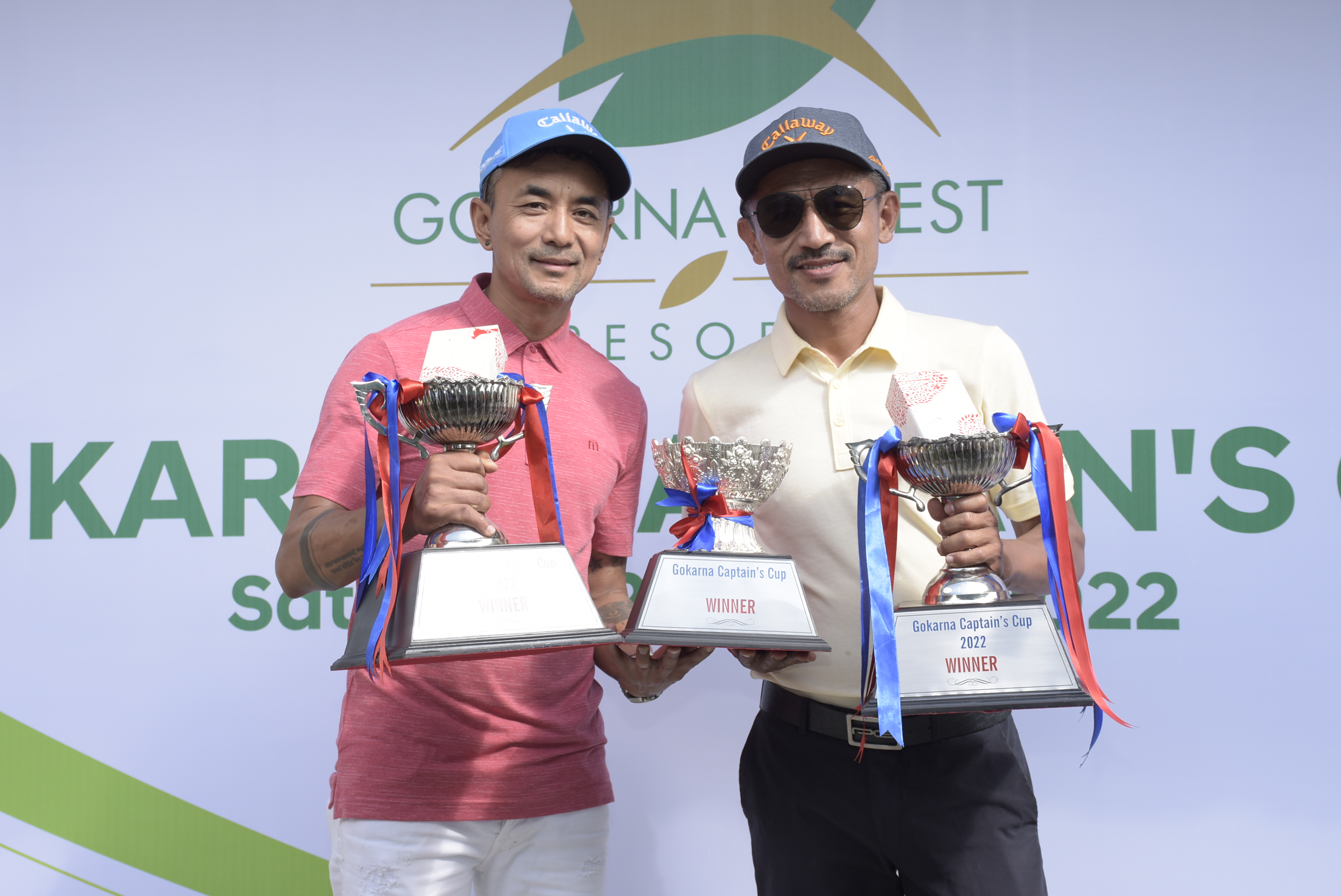 Kathmandu, 28 May (2022) - The team of amateur golfers Tashi Tshiring and Anand Gurung won the Gokarna Captain's Cup here at Gokarna Golf Club on Saturday. The duo scored 14-under 58 to win the trophy by two strokes over the team of Ravindra Tiwari and Manohar Das Mool. Tiwari and Mool posted a round of 12-under 60. Kashmira Shah and Sumod Bastakoti carded 11-under 61. Sadbhav Acharya & Madhur Lal Sinhya and Wangchen Dhondup & TG Shrestha produced 10-under 60.

Surendra Phuyal hit the longest drive in the tournament and Tulasi Bhatta bagged the closest to the pin. The tournament organized by the captain of the club Joseph Nathan was supported by Surya Nepal Pvt. Ltd., Agni Group, Dabur Nepal and ISME Pvt. Ltd. A total of 44 teams, 88 golfers took part in the tournament. The teams were drawn by random draw which of low handicap golfers of group A (handicap 12 and below) and Group B (handicap 24 and under), the event played on scramble format over 18 holes.

The putting competition of non-golfers organized on the sidelines of the event was won by singer Yogeshwor Amatya, Omar Kecicci was second and Sudikcha Adhikari was third.