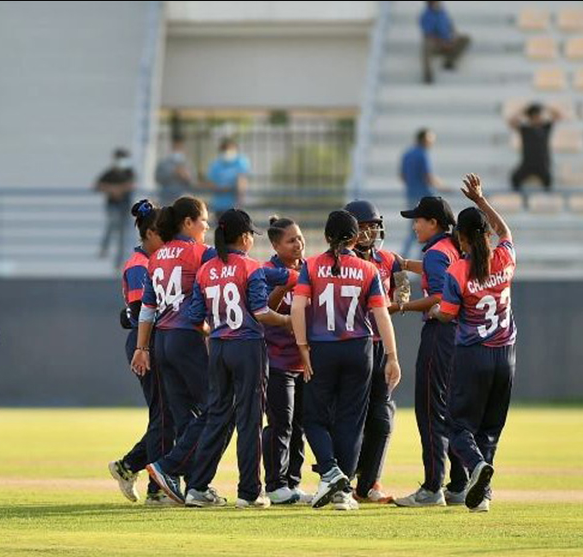 The match took place at the Kinrara Oval Ground in Malaysia. Chasing the 67-run target posted by Bhutan, Nepal achieved it in 13.1 overs at the loss of six wickets. For Nepal, Sanu Rajbamshi hit highest 30 runs and Sana Prabin and Srishti Jaisi 18 and 8 respectively. For Bhutan, Sangay Wangmo took three wickets and Sonam and Anjuli Ghailey one each.

With this, Nepal has secured two wins and suffered a loss out of three matches played so far. Along with Nepal, hosts Malaysia, UAE, Thailand, Bhutan and Qatar have participated in the match.

Nepal is facing Thailand in next match tomorrow (June 7).