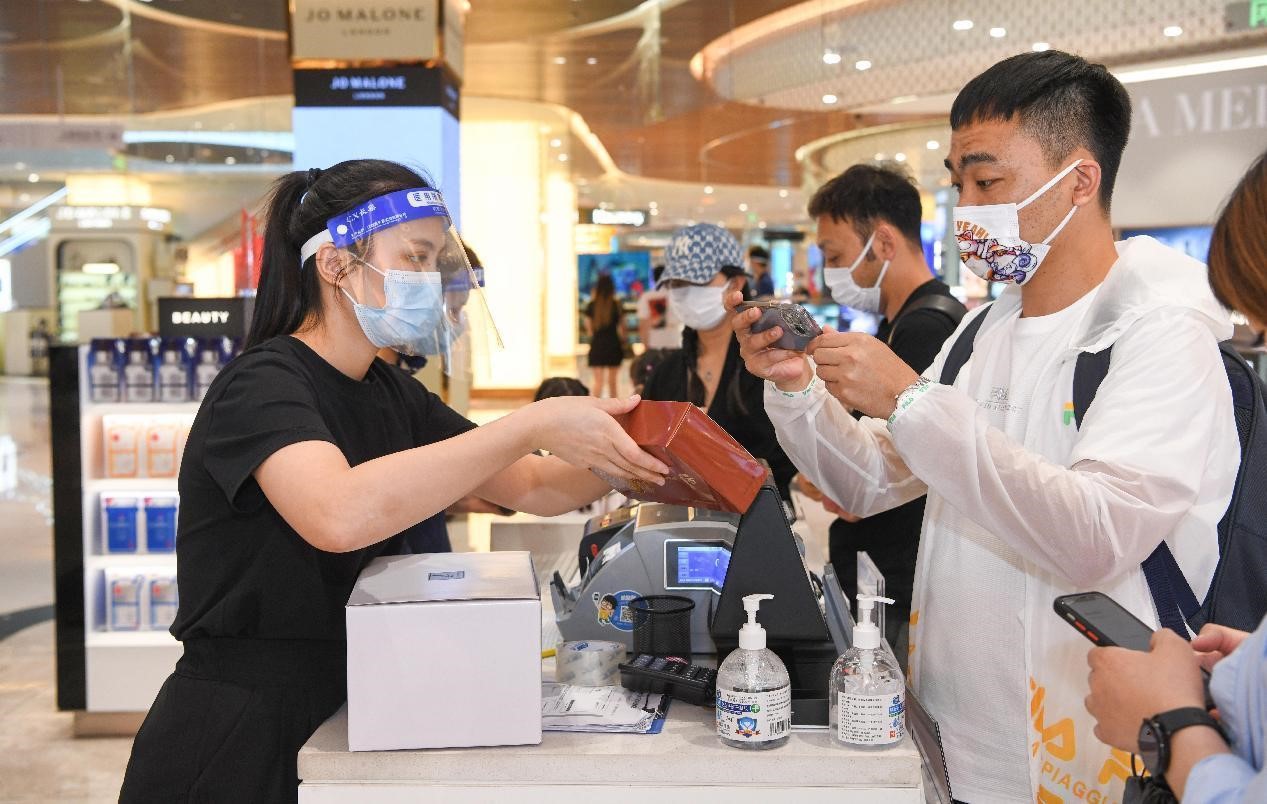 This year’s “618” online shopping festival, the largest of its kind in China in the first half of the year, which falls on every June 18, came to a successful end.

On June 19, major Chinese e-commerce platforms unveiled their sales performance during the shopping festival. JD.com, the initiator of the shopping event, saw a total transaction volume of 379.3 billion yuan ($56.7 billion), up 10.3 percent year on year. The mobile-only marketplace Pinduoduo said that its home appliance sales more than doubled compared to the previous year, setting a new record.

Up-and-coming livestreaming platforms also reported great performance. Between June 1 and 18, the short video platform Douyin recorded a total of 4,045 hours of livestream shows. The number of merchants joining the “618” shopping festival on the platform surged 159 percent from a year ago.

The shopping festival was not only a chance for China to enhance consumption, but also a litmus test for the nation’s consumption recovery when COVID-19 has severely impacted its domestic demand.

During the “618” shopping festival, some local governments launched voucher schemes to drive consumption.

According to statistics, JD.com, in collaboration with 15 local governments, distributed vouchers totaling over 700 million yuan. In particular, the government of Shenzhen, south China’s Guangdong province, issued 400 million of vouchers on the e-commerce platform, which could be used to buy electronic products and garments.

The booming consumption mirrored a change in how Chinese consumers spend their money nowadays, as well as an upgrade in the quality of their consumption. Apart from daily necessities, high-end appliances, healthcare products, jewelry, and other premium consumer goods were also sought after on online marketplaces during this year's “618” festival.

According to statistics released by Suning.com, one of the largest retailers in China, the sales of high-end appliances priced above 10,000 yuan surged 37 percent year on year, and that of French door refrigerators and integrated washer-dryers also witnessed rapid growth.

The transaction volume of smart pet supplies tripled from a year ago on JD.com, and self-indulgence consumption, such as cosmetics, saw a rapid rise on Pinduoduo. Apart from that, there was also a big rise in the sales of healthcare products, as well as medical apparatus and instruments.

The courier industry maintained steady progress in June. The State Post Bureau (SPB) said during the Dragon Boat Festival holiday, or between June 3 and 5, around 940 million parcels were collected across the country, up 17 percent year on year, and the number of parcels sent also increased by 13.1 percent to 970 million.

To strengthen the rural logistics system and promote consumption upgrading in lower-tier markets and the countryside, the Ministry of Commerce and the SPB is planning to introduce courier services to every county, township, and village with mature conditions by 2025.

Besides, the “618” shopping festival is bringing benefits to more and more international consumers and enterprises.

The largest online retailer in South Korean, Coupang, announced on June 17 that it would host a 4-day promotion event on its website starting from June 18 to mark the Chinese online shopping festival. The promotion event would allow South Korean consumers to buy Chinese products at substantial discounts, up to 90 percent off.

Russian merchants are also seeking to expand their presence in the Chinese market via the “618” shopping festival. Alexey Yefimov, a Russian trade representative in China, told People’s Daily that a freight train carrying 62 containers of Russian food, beverage, and household chemicals departed from Moscow for northwest China’s Shaanxi province at the end of May. According to him, the train would become regular in the future, making four monthly trips.

The annual “618” shopping festival, which has been held for a decade, is a reflection of China’s consumption. At present, the Chinese consumption market is showing signs of picking up. According to statistics released by the National Bureau of Statistics, the total retail sales of consumer goods stood at 3.35 trillion yuan this May, growing 0.05 percent from a month ago. From January to May, the national online retail sales reached 4.96 trillion yuan, an increase of 2.9 percent year on year.

Insiders believe that the pandemic has not changed the habits of online consumption of the Chinese. As the pandemic gets more and more controlled in China, there is a pent-up demand for consumption, which has been fully demonstrated during the “618” shopping festival.