Bandipur in campaign of preserving its traditional houses 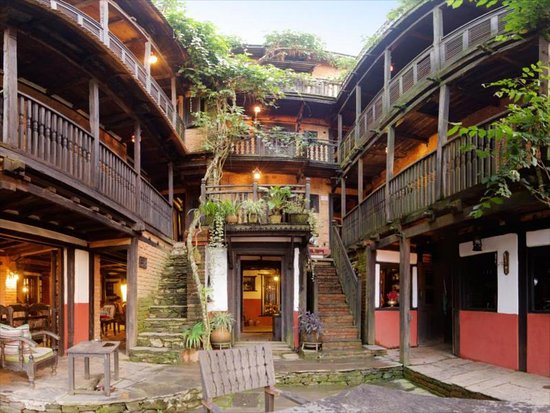 Tanahu, 23 June (2022) - The Bandipur Rural Municipality has stepped up in a mission of conserving its indigenous traditional houses. The ancient hill town is also known as 'the queen of hills' for its natural beauty and ancient ambience.

The rural municipality has launched a campaign to preserve the traditional architecture styled houses with the objective of conserving the local culture and architecture.

A typical Bandipur traditional house has intricately carved wooden windows and doors, with a verandah. The brick house is built following the pagoda style.

The Newar communities who migrated to Bandipur from Bhaktapur and Banepa in the 18th century built the Bhaktapur-style houses and the cobbled streets.

Thapa, the rural municipality chairperson, said anyone constructing house in Bandipur is not allowed to construct shutters and install channel gates or keep aluminium doors and windows. He said arrangements have been made to provide timber at subsidized rate for house construction and to make carved windows and doors, as the Sal (Shorea robusta) timber is very expensive.

The rural municipality has joined hands with the local community forest for the supply of timber.

The local government will not endorse the house design and map if anyone constructs house with channel gate or shutter or flouts the architectural style and standard fixed by the rural municipality.

It is hoped that this measure will help preserve the traditional look of the town and the local unique culture as well, thereby boosting tourism.