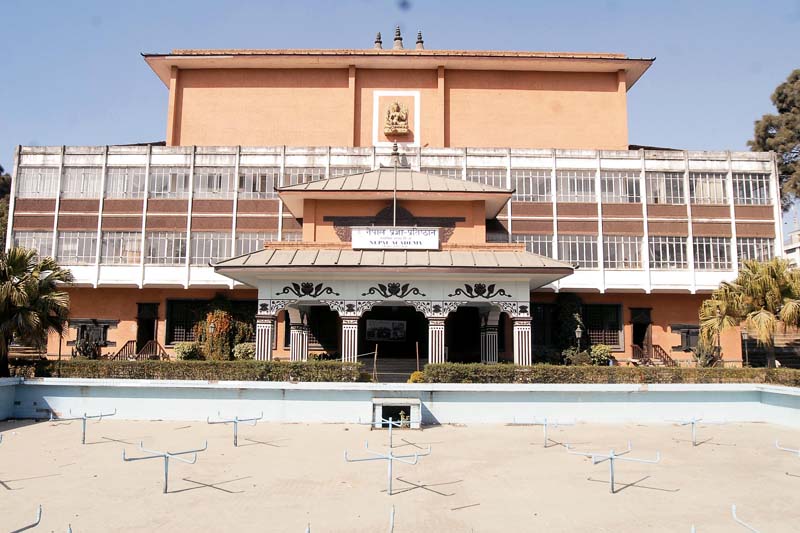 Kathmandu, 23 June (2022) - Prime Minister Sher Bahadur Deuba has said that Nepal Academy has played a leading role in propagating Nepali language, literature and culture within the country and abroad in the last six and half decades.

Addressing the inaugural programme of the National Poetry Festival organized on the occasion of the 65th anniversary of Nepal Academy today, he said the Academy still has to carry out important job for the promotion of language, literature, culture, philosophy and social science sectors in a dynamic manner.

The PM informed the programme that construction of the Mahakabi Laxmi Prasad Devkota Museum is nearing completion and the Pragya Nepali Brihat Shabdakosh (the comprehensive Nepali language dictionary) containing 100 thousand 50 entries has been prepared.

He said that the budget required for the Academy to carry out constructive activities would be provided after holding consultation in the Council of Ministers.

Minister for Culture, Tourism and Civil Aviation Prem Bahadur Ale said that the Nepali speakers the world over can now use and benefit from the comprehensive dictionary of the Nepali language with the help of the app prepared by the Academy.

Minister Ale who is also the patron of the Academy said it is going to publish important dictionaries on the Sanatana Culture and folklore, among others, in this year itself. He expressed dissatisfaction over the Finance Ministry slashing the budget to the Academy which according to him has much work.

National Planning Commission (NPC) member looking after culture Dr Ram Kumar Phuyal stressed on the need of developing the Academy into a specialized institution of study and research keeping abreast of the time. He also underscored the need of increasing the budget for the Academy.

Former chancellor Bairagi Kainla underscored the need of carrying out works in a vigorous manner in the field and science and knowledge creation.

Academy vice-chancellor Dr Jagaman Gurung described the Academy as an important institution, the crown, for the development and promotion of the nation's language, literature, art and culture. He said the publication of the 'Nepal Darpan (Nepal Perspective)' introducing all the seven provinces of the country could not be done due to paucity of budget and the COVID-19 pandemic. Vice-chancellor Gurung sought the government's support in such projects undertaken by the Academy.

On the occasion, it was shared that the Academy was preparing to publish a book containing studies on the history, language, culture, music, agriculture and other subjects of the Madhes province in August.

Member-secretary of the Academy Prof Jagat Prasad Upadhayay rued that the pension has been drastically reduced for the academicians in the budget allocated for the Academy for the current fiscal year.

According to him, although 150 books were ready for publication, they could not do so due to the shortage of budget. He urged the government to provide the budget for this.

Coordinator of the National Poetry Festival Main Organizing Committee, Hemnath Poudel said the Academy has been organizing the poetry festival since 2022 BS by attaching special importance to poetry.

Two hundred and sixty poets have bagged the first, second and third prize in the National Poetry Festival so far.

This year also five poets would be awarded including one poet coming out first, two poets standing second and three poets coming out third in the poetry competition.

It is said 588 poems have been received from within the country and abroad for the national poetry competition. Among them, 30 poems have been selected for recitation in the programme today. The results would be announced this evening itself.