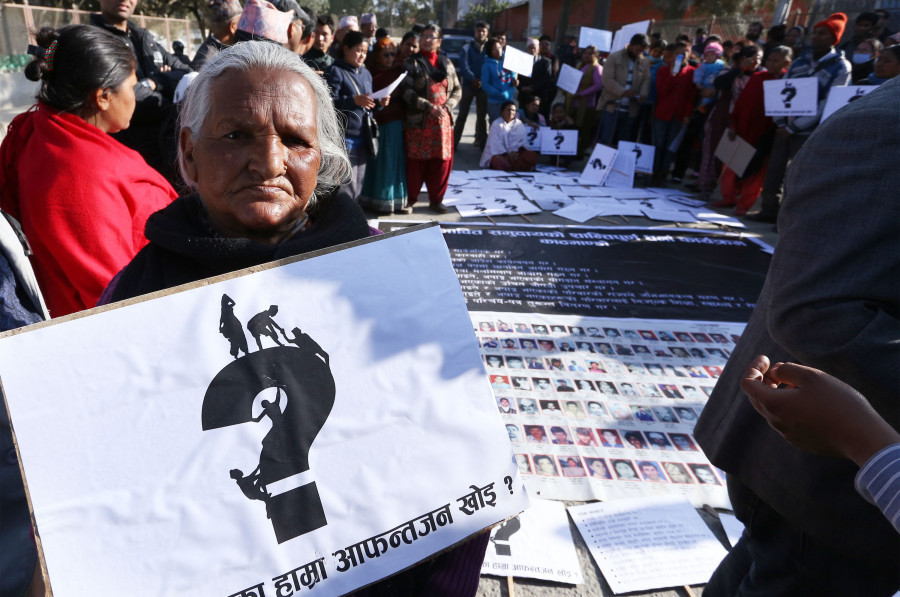 Geneva, London, New York, 25 July (2022) – The Nepali government’s bill to amend its current transitional justice law marks some progress toward accountability but will not fully provide justice to victims or meet Nepal’s obligations under international law in its current form, said Amnesty International, Human Rights Watch, the International Commission of Jurists, and TRIAL International today. Nepal’s government and parliament should amend the bill to align with international legal standards.

“Victims and their families who have waited anxiously for amendments to the law, hoping that their demands for truth and justice will be met, are disappointed,” said Mandira Sharma, senior international legal adviser at ICJ. “Despite the promise of reform, this bill, if implemented as it stands today, would shield many perpetrators from being brought to justice.”

Successive Nepali governments have stalled the transitional justice process since 2015, when Nepal’s Supreme Court ruled that the current law fails to meet Nepal’s domestic and international legal obligations on several grounds, including that it empowers the two transitional justice commissions to grant amnesties to perpetrators of serious violations of international law. Although the new bill removes some of the previous amnesty provisions, it would still be difficult or impossible to prosecute those responsible for serious violations of international law including war crimes and crimes against humanity, the groups said.

Several other provisions of the new bill, including those introducing limitations on the right to appeal, would also prevent accountability as required by international legal standards. The major sections of the Bill that violate international law include:

-          Section 2(5) categorizes violations to make it possible that perpetrators of gross violations of human rights, crimes against humanity and war crimes, could be granted amnesties;

-          Section 29 (5) provides that verdicts of the Special Court which will try transitional justice cases cannot be appealed to the Supreme Court, in violation of international fair trial guarantees;

-          The bill does not establish any special investigation unit in the transitional justice commissions or the prosecutor’s office tasked with evidence collection. Investigation units with expertise in human rights violations would ensure that investigations are prompt, thorough and effective in accordance with international human rights law and standards and that victims can access effective remedies;

-          The bill does not clarify the principle of non-retroactivity of criminal law in a manner consistent with international law. This omission makes it unclear how the Penal Code can be used to prosecute conflict era crimes, as stipulated by the bill, and allows the operation of statutory limitations for the crime of rape.

“A credible transitional justice process is essential to ensure the right of access to justice and effective remedies for victims, who have suffered for years while struggling for justice,” said Meenakshi Ganguly, South Asia director at Human Rights Watch. “Without major revisions, this bill won’t address the legal obstacles that have repeatedly thwarted the transitional justice process in Nepal.”

Victims’ groups and civil society organizations have issued statements calling on the Ministry of Law, Justice and Parliamentary Affairs and the Federal Parliament to amend the bill, to ensure that it respects international law and the aspirations of victims which were expressed during recent, brief, consultations organized by the government.

“The endless wait by the victims of conflict, and indeed all Nepalis, for truth and justice which political leaders first pledged in the 2006 Comprehensive Peace Agreement is already getting to a critical point,” said Dinushika Dissanayake, deputy South Asia director at Amnesty International. “This bill should be urgently amended to address its serious weaknesses, because in its current form it cannot address Nepal’s long wait for a credible and lawful transitional justice process.”

The bill has some positive aspects, including on the right to reparation and interim relief for victims who were left out earlier, the groups said. It prevents amnesty for certain categories of violations, and promises the establishment of a Special Court to try cases recommended by the transitional justice commissions. It also guarantees the right of the families of “disappeared” persons to their relative’s property. The bill mandates the transitional justice commissions to study root causes as well as the impact of the conflict and recommend institutional reforms.

Nepal has two transitional justice commissions, the Truth and Reconciliation Commission (TRC) and the Commission of Investigation on Enforced Disappeared Persons (CIEDP), which were set up under the current transitional justice law in 2015. That law was struck down by the Supreme Court in 2015 for its amnesty provisions not complying with Nepal’s constitution and international obligations of Nepal. The two commissions have received over 60,000 complaints from victims, but have failed to resolve a single case.

For over 15 years the failure to deliver transitional justice has caused deep distress to conflict victims, and continues to undermine human rights and the rule of law in Nepal. All responsible authorities should play constructive roles to amend this bill and ensure victim’s rights to truth, justice and reparation without further delay, the groups said.

Though the current bill shields those allegedly responsible for serious international crimes committed in Nepal from prosecution, judicial authorities in other countries could pursue investigations under the principle of universal jurisdiction in accordance with their national laws, the groups said.

“It is essential that parliament amends the transitional justice bill to conform with Nepal’s own legal standards, as repeatedly articulated by the Supreme Court, as well as international legal obligations,” said Cristina Cariello, head of Nepal programs at TRIAL International. “A sound transitional justice law is needed to prevent judicial authorities from other countries from stepping in, and to reduce the risk that such abuses are ever committed again in Nepal.”