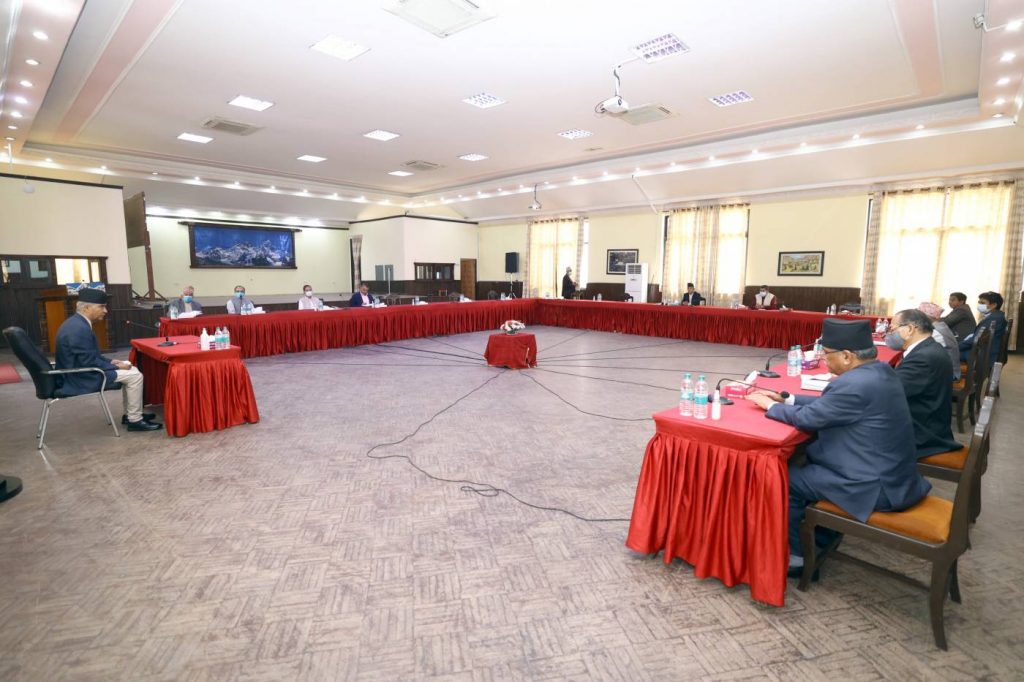 Kathmandu, 5 August (2022) - The ruling political parties have decided to forge electoral alliance in coming elections of House of Representatives and Province Assemblies.

The government on Thursday had decided to hold HoR and Province Assemblies elections on November 20, 2022.

A meeting of the top leaders of the ruling alliance held under the chairmanship of Prime Minister and Nepali Congress President, Sher Bahadur Deuba, today, at the official residence of the Prime Minister at Baluwatar decided to move ahead making electoral alliance among the five ruling parties in upcoming elections, according to the Prime Minister's Secretariat.