Impacts of corruption on female migrant workers in Nepal 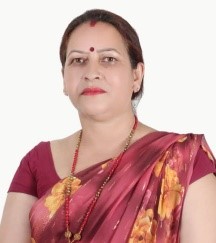 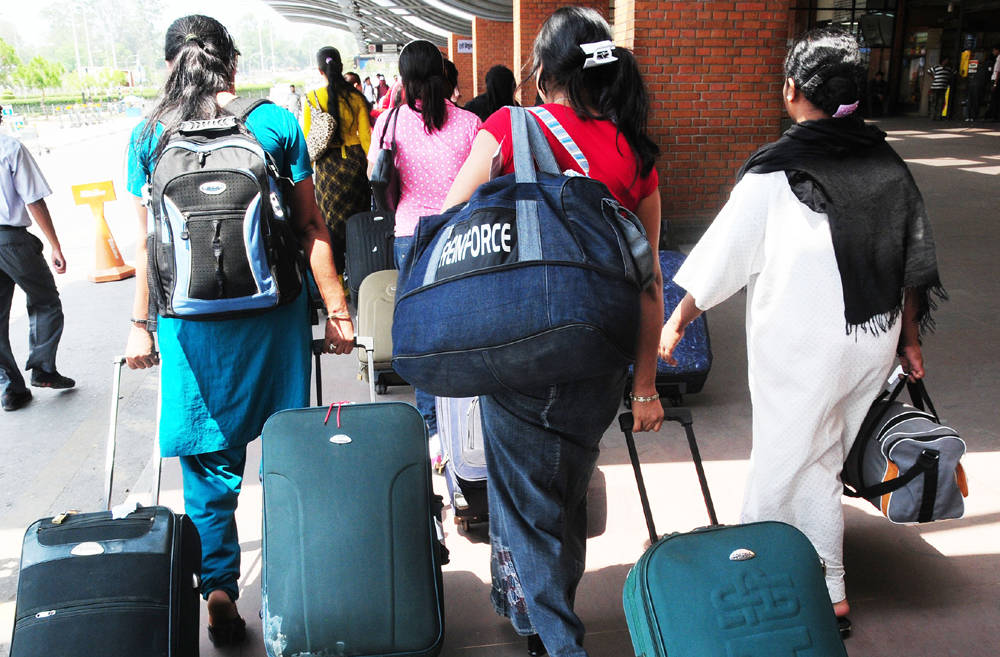 •           Seema Rai returned home from Kuwait after three years of work with barely any savings. According to her, the government’s current loan scheme for women has largely been a failure, as more than half of those who returned during the pandemic remain unemployed. Without the availability of gainful employment, many will likely choose to migrate again.

•           Krisha was working as a domestic worker in a household in Dubai. After being repeatedly sexually abused by her employer and unable to escape, the 28-year-old from Nepal’s Sindhupalchowk district tried to kill herself twice. “My boss, his son, and their relatives would rape me many times against my will,” said Krisha. “My agent in Nepal told me I would get a housekeeping job at a company there (in Dubai), but I ended up in this situation.” More and more Nepali women like Krisha are being trafficked to the UAE under the promise of employment but end up being exploited by both the traffickers (agents) and bosses.

•           Pramila, a 38-year-old from the Morang district in south-east Nepal was abused by her agent Madhu Shrestha, who promised to marry her and sent her to the UAE for what he called “office work.” “He abused me sexually for three days in Kathmandu and sent me to UAE,” said Pramila. “Once I arrived in Ajman, I was forced to work at a home where my Arab boss assaulted and attempted to rape me.”

Although there have been numerous studies related to migration processes and their effects on the economy, the plights of female migrant workers in Nepal have not been adequately dealt with. The International Labour Migration report has estimated 67 million domestic workers worldwide of which 80 percent are women and girls who are either paid or unpaid. Currently, globalization has also provided an easy choice for such women to engage in overseas employment but corruption by private and government entities have contributed to deteriorating work conditions and exploitation of female migrant workers who are already in a vulnerable situation.

Historically, female migration from Nepal was linked to cross-border marriages in India, resettlement of entire families in Northeast India, Burma, and Bhutan, or being lured/trafficked as commercial sex workers. While such a pattern of migration to India is still common and mostly undocumented, many women also started migrating independently for employment in third countries. In the 2000s, countries in the Arab States began attracting more Nepali female migrants to work as domestic and service workers. By 2007, an estimated 80 percent of Nepali women working in the Arab States were undertaking domestic work in private households, such as cleaning, cooking, or caring children or elderly family members. Other Nepali women migrants worked in hotels, restaurants, catering, manufacturing, medical services and beauty parlours in Gulf and other countries.

In more recent times, UAE, Qatar, Saudi Arabia, Kuwait and Cyprus are the top five countries that absorb 77 percent of total female migrants from Nepal. Moreover, over 50 percent of Nepali female migrants comes from the districts in Provinces 1 and 3 such as Jhapa, Sindhupalchok, Makwanpur, Morang, Kathmandu, Kavrepalanchok, Ilam, Nuwakot, Sunsari, and Chitwan.

The Kafala system - a legal approach that many Middle Eastern countries have agreed on - occupies a large portion of the news cycle. Although many countries use this system, their reasoning and problems with it are slightly different from one country to the other. What has been practiced in the modern application of the Kafala system, regarding labour, shares the name with the Islamic concept, yet misses the intention.

The Kafala system (sponsorship system), as known in the international community today, outlines the relationship between foreign workers and their local sponsor, who is their employer. A country using the Kafala system provides local employers with a sponsorship permit to attract non-citizen employees, provided that the employer will cover all travel, housing, and transportation expenses.

This system is implemented in all Gulf Cooperation Countries—Saudi Arabia, Bahrain, Kuwait, Oman, Qatar, United Arab Emirates—as well as Jordan and Lebanon. Although this is a system related to labour law, its regulation authority often falls under interior ministries. The Kafala system gives the employer the responsibility of upholding foreign workers’ legal status and visa, restricting many aspects of employees’ mobility. This creates a disparity in the power dynamic between an employee and the employer, where the employer holds the power, and an employee is in a perpetual state of vulnerability.

Holding the power can take the form of confiscating and withholding an employee’s passport and/or documentation; refusing to transfer their contracts to another employer; ending the contract, which results in the immediate deportation of the employee if any issue arises between the parties; and having an illegal status if an employer doesn’t grant an exit visa after the contract is terminated. There is a clear imbalance in the employment relationship. This attracts human rights, refugees, and labour activists to negotiate and reform the Kafala system. Kafala labour, as practiced in the modern day, is in direct conflict not only with Islamic ethics, but also with international labour rights.

Advocate Achyut Prasad Kharel has filed a petition in the Supreme Court of Nepal in relations to the abused faced by Migrant Domestic Workers in the Middle East claiming that it is directly linked with the Kafala system of employment and comparing it with modern day slavery.

Although Kafala reforms are still lacking in Middle Eastern countries, Advocate Kharel is hopeful that a more rounded approach will soon be proceeding in the region after his initiative from National and International Governments and organizations.

Nepali women in the Middle East - A situation report

In 2013, a situation Report on ''Nepali women in the Middle East” was published jointly by Nepal Institute of Development Studies and Non Resident Nepalese Association with support of UN Women and European Commission. The study was conducted in the four major destinations of women migrant workers, namely, Saudi Arabia, Kuwait, UAE and Lebanon. The report revealed 1,174,154 women migrant workers working in gulf countries and 46,764 alone in Lebanon.  Similarly, 28,000 undocumented Nepali women migrant workers estimated to be working in Kuwait. Some important findings from the study included:

•           Average number of working hours per day was found to be 15 hrs. This is a very high figure and can lead to mental and physical stress.

•           The WMWs are largely employed in informal sector. They were aware of the nature of their work before arrival at destination countries.

•           Highest rate of interest that WMWs paid for their loans was 36 percent. This is quite hefty compared to the standard banking loans.

•           All the respondents expressed that the embassies should protect them.

Instead of forwarding the complaints to the Home Ministry for further actions, it is learnt that the Ministry of Foreign Affairs is helping human traffickers by hiding the complaints related to the trafficked Nepali women and other migrant workers. The embassy officials are not taking any actions against the offending agents and traffickers even after the revelation of their nefarious activities in Gulf countries. This kind of social corruption results in the citizens’ distrust in the government, adversely affecting the democratic values of a nation.

The poor, illiterate, and unemployed WMWs are the most vulnerable group as they are easily influenced and lured by the traffickers.

It is near impossible to root out human trafficking unless we address women’s socio-economic conditions. Driven by poverty and desperation, some women become ready to go abroad even when they know they will have to work under near slave-like situations.

The traffickers now operate under the guise of foreign employment agents and take victims into confidence; as opposed to previous tactics, where girls were abducted and forcefully sent to India’s brothels. Despite the change in trafficking tactics, the consequences for Nepali women remain as devastating: they continued to be sold in foreign lands, mainly in the Gulf countries. According to the victims, traffickers bribe government officials to include false information in Nepali passports and provide fraudulent documents. They also bribe victims’ parents to not provide testimony. And sometimes, victims’ families and the political party leaders are in complicit with the rings of trafficking.

In 2017, the Nepal government banned Nepali women from migrating for domestic works in the Gulf countries. Activists say the ban has only exacerbated their vulnerability. It has increased the risk and exploitation as WMWs travel through unauthorized and unsafe routes, mostly via India. They are exploited now in India.

In 2020, after more than three years, a parliamentary committee directed the government to lift the ban on the migration of female domestic workers younger than age 24. Despite the committee’s directive, the government has not issued any work permits to female domestic workers since 2016, so women are still seeking other — illegal — routes to go abroad.

In addition to Nepal’s law, the UAE’s Kafala system also puts women into a precarious situation. Destination countries, including the UAE, do not recognize or abide by the bans placed at the country of origin. Once the worker lands in the country, they can be employed as domestic workers without approval from the Nepali embassy.

In the UAE and other Gulf nations, employers often confiscate workers’ passports and documents, and restrict their mobility. As a result, they cannot leave the country or even change their employment; instead, they remain trapped in houses and subjected to abuse and exploitation. We need immediate larger policy reforms and effective implementation of legislation to combat human trafficking taking place in the process of labour migration.

Sources at the Nepal police say it has been harder to repatriate Nepali victims from the UAE as both governments lack coordination mechanism. Due to the lack of extradition treaty and mutual legal assistance (MLA) treaty between two countries, it has been a big problem to give justice to the victims and hold culprits accountable.

•           There should be a strict mechanism for controlling cheating and corruption while issuing passports, citizenship, and payment to the manpower agencies.

•           A system must be in place to related the skills of the female migrant workers and the demands of the jobs. Many respondents from all the four countries in the survey expressed that they didn’t know about the jobs demands and their skills. Skill development training programs should be specific and be practical.

•           Unemployment in Nepal needs to be addressed with a focus on cooperative, entrepreneurship and productive sector like agriculture.

•           Physical violence against women needs to be addressed through coordinated efforts of government, embassy, INGO and NGO sectors.