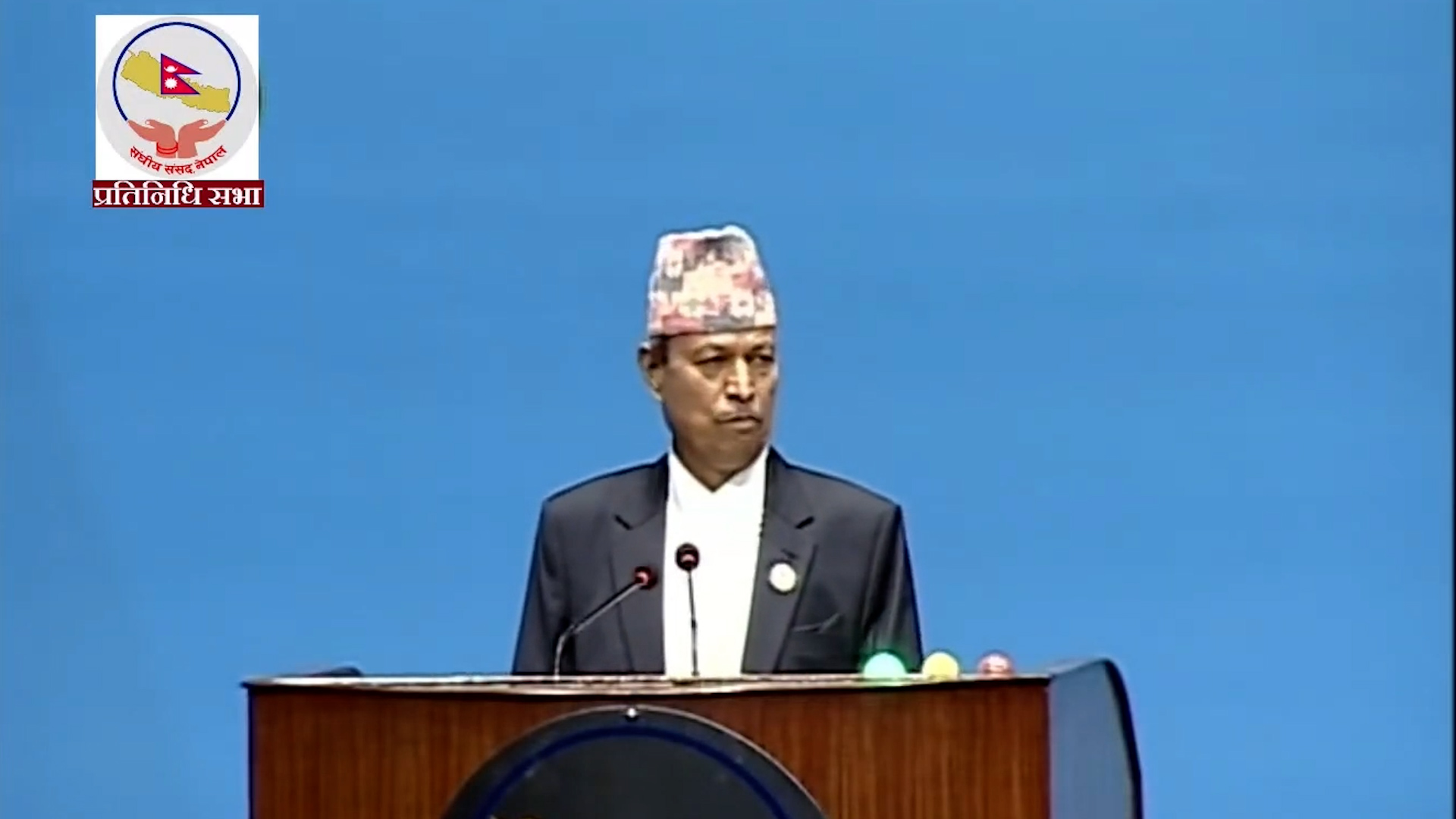 Kathmandu, 18 August (2022) - Deliberations on the Nepal Citizenship (First Amendment) Bill, 2079 are under way in the House of Representatives (HoR).

Lawmakers from the ruling and the opposition parties have been putting forth their views on the bill the President sent back to the parliament along with message for reconsideration.

Dr Bhim Bahadur Rawal argued that the President has fulfilled her constitutional duty of safeguarding nationality by returning the bill to the parliament for reconsideration. He said that a sensitive topic like the citizenship cannot be decided upon alone by the ruling coalition but all were agreed that the genuine Nepali citizens should get the citizenship certificate.

Mahesh Basnet opined that there was no problem giving citizenship to the genuine Nepali citizen but it should not be conjectured that a foreigner marrying a Nepali citizen will stay in Nepal after taking the naturalized citizenship.

Tejulal Chaudhary demanded that the parliament should pass the bill as many citizens are facing difficulties in getting admission in colleges for higher studies, travelling abroad and opening bank account in their name as they do not have the citizenship certificate. He however stressed on taking stern action against anyone misusing the citizenship card.

Ganesh Pahadi said that the Citizenship Bill should be passed only after holding extensive discussions in the related parliamentary committee as per the Parliament's by-laws.

Radha Kumari Gyawali blamed the present coalition government of introducing the bill in such a manner that it betrays the nation and seeking to pass the bill without holding adequate discussions even after the President has returned it to parliament for reconsideration.

Lawmakers have been putting their views on the bill in the HoR meeting.