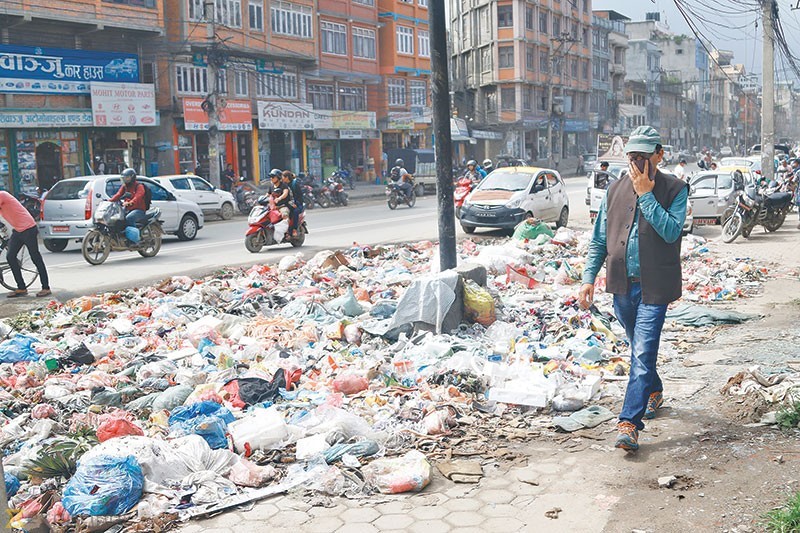 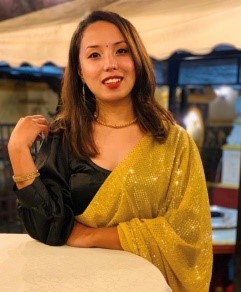 "Everything happens for a reason and a purpose, and it serves you."

Solid waste management (SWM) project was launched for a reason. So, let's go back in time to have a general idea of how this all started and for what purpose.

The concept of waste management was introduced in Nepal, especially in the capital city Kathmandu in early 1980s. Yet even after long time, SWM is still a big issue for the Kathmandu valley residents.

Kathmandu valley generates organic solid waste. In the 1960s, urbanization caused an increase in commerce and consumption which led to large waste generation. Because there was no formal waste management system, people selfishly started dumping household waste along the Bagmati River.

The construction of the Sisdol landfill site in 2005 stopped the dumping along the Bagmati River. The site is still in use. Population growth and urbanization have put high pressure on the city’s SWM system. The city has already exhausted the sanitary landfill site because of limited recycling activities and missing waste management practices at the household level.

Despite spending so much money of the residents and the government, waste collection, management and transportation are still in a chaotic state. This raises two fundamental questions:

1) Is overpopulation and congestion still the cause of waste mismanagement? Or (2) Is there any vested interest in ineffective waste management?

What the literature speaks about?

Magnified waste generation has created many problems in urban areas as littering and dumping are found here, there and almost everywhere. One of the main problems for waste management in developing countries is inappropriate final disposal which generates greenhouse gasses such as methane gas and leachates.

The informal sector has a significant role to play in recycling waste materials like metals, paper, and plastics. In most municipalities, waste management practices like collection, transportation, and resource recovery are ineffective; majority of the collected waste are disposed of at the dumping site. One of the common challenges of developing countries is in addressing environmental problems. An in-depth understanding of the past failures is required to avoid future mishaps. And there is a clear lack of understanding about the effects of social and political dynamics while dealing with environmental issues.

Despite the foreign aid and several reorganization efforts made from 1980s onwards, KMC has been marred by the plight of waste management.

It is estimated that MKC generates 0.66 kg per capita per day or 523.8 tons per day of solid wastes. The 71 percent of the waste is organic and only one percent is estimated to be hazardous.

The major reasons for waste management failure in Kathmandu included poor understanding of waste quantities, high management cost, lack of law enforcement, lack of coordination in resource use, lack of good governance and accountability to sustain its practices.

Kathmandu produces a high amount of organic waste. Higher organic matter contains higher amounts of methane, which can be used for producing electricity. It is advantageous to produce electricity thereby reducing emission of greenhouse gases.

The responsibility of waste management rests with the local governments; national institutions are responsible only to the extent of policy formulation and provision of technical supports. However, waste management has been neglected at both levels - national and local levels. Some major bottlenecks in waste management included financial and human resources, infrastructures and advanced waste management technologies. Informal and small-scale formal private sector firms are engaged in waste recycling. However, only a few of them are registered. This essentially hampers revenue collection.

Recycling efforts are also unappreciated and overlooked. In the past, a large amount of collected scraps was exported to India. Lately, there is a bit of change in the scenario: new recycling firms are entering into the market.

Discussion on policies and practices

According to the Constitution of Nepal, the jurisdiction of waste management belongs to the local government. The Unbundling Report [1] has further highlighted on the jurisdiction of the federal, provincial and local governments. Similarly, the 15th plan (2076/77-2080/81) highlights the use of modern technology-based machinery in managing garbage and controlling environmental degradation. Furthermore, the Policy and Program, 2079 of the government of Nepal has mentioned providing technical assistance to local governments to institutionalize scientific management of waste. For this, the federal government has allocated Rs2.03 billion for waste management and Rs2.45 billion for sewage management in the current fiscal year.

The National Environment Policy 2067 and Environment Preservation Act 2076 and related Regulations 2077 have focused on the classification of waste based on nature for proper management. Besides these, Plastic Bags Prohibition Work Plan 2078, and ‘Batawaranmaitri local Shashank Prarup 2078’ are also being implemented. Recently, Waste Management National Policy 2079 has been enacted. It has four objectives which focus on the direction of the legal framework leading to economic development by using innovative technology. Furthermore, this policy has eight strategies. These strategies are meant to mitigate the vulnerability of waste through co-funding, inter-agency cooperation, stakeholders’ participation and partnership. In the same way, the policy also recommends framing laws related to the segregation and classification of wastes according to its nature. More notably, it emphasizes reducing wastes at their very source.

Solid Waste Management Act 2068 and Solid Waste Management Regulation 2070 are two major legal frameworks that guide the overall SWM at a local level. The Act has defined solid waste. The Act and the Regulations have assigned the responsibility of SWM to local-level government. The SWM includes management and function related to transfer station, landfill site, processing plant, compost plant, and biogas plant. However, the act does not directly bear the responsibility of the management of hazardous wastes, generated by the health institution, chemical wastes, and industrial wastes. The polluters have to manage their wastes. The local-level government only plays a supportive role that too upon their request. Accordingly, the Waste Management Division within the Environment and Agricultural Department of KMC discharge functions related to overall solid waste management in the city.

The Act and Regulations have provisions related to reduction, segregation, and excretion. However, KMC has not been able to generate awareness among the public to reduce waste at its source. Similarly, the segregation process has not been properly implemented. Moreover, the concept of the collection center has not been functional to the same extent in each area of KMC. However, the selected contractors collect the wastes from the assigned areas and bring it to the transfer station.

Clause 12 of the Act states about the provision related to the sanitary landfill site. Accordingly, KMC has been, temporarily using ‘Sisdol’ and ‘Banchare Danda’ as sanitary landfill sites since a decade ago after signing of an agreement between the local body of the concerned site and the KMC. However, KMC has been criticized for using the sites as a dumping ground than a sanitary landfill site. Moreover, Clause 22 of the Act has provisions for compensating people living in the affected areas. The law has provisions to address people of affected areas by framing the master plan for economic, social, and physical development as well as environmental protection. However, KMC has only been able to address this issue in a limited manner.

Based on the above discussion of policy and practices, this case study has identified following major problems related to SWM in KMC:

[1] Report approved by the Council of Ministers for elaboration of jurisdiction written in Schedules 5 to 9 in the Constitution.

The writer is  pursuing MA in Governance and Anti-Corruption, Central Department of Economics, Tribhuvan University, Nepal.