No possibility of left alliance until Oli repents: Prachanda 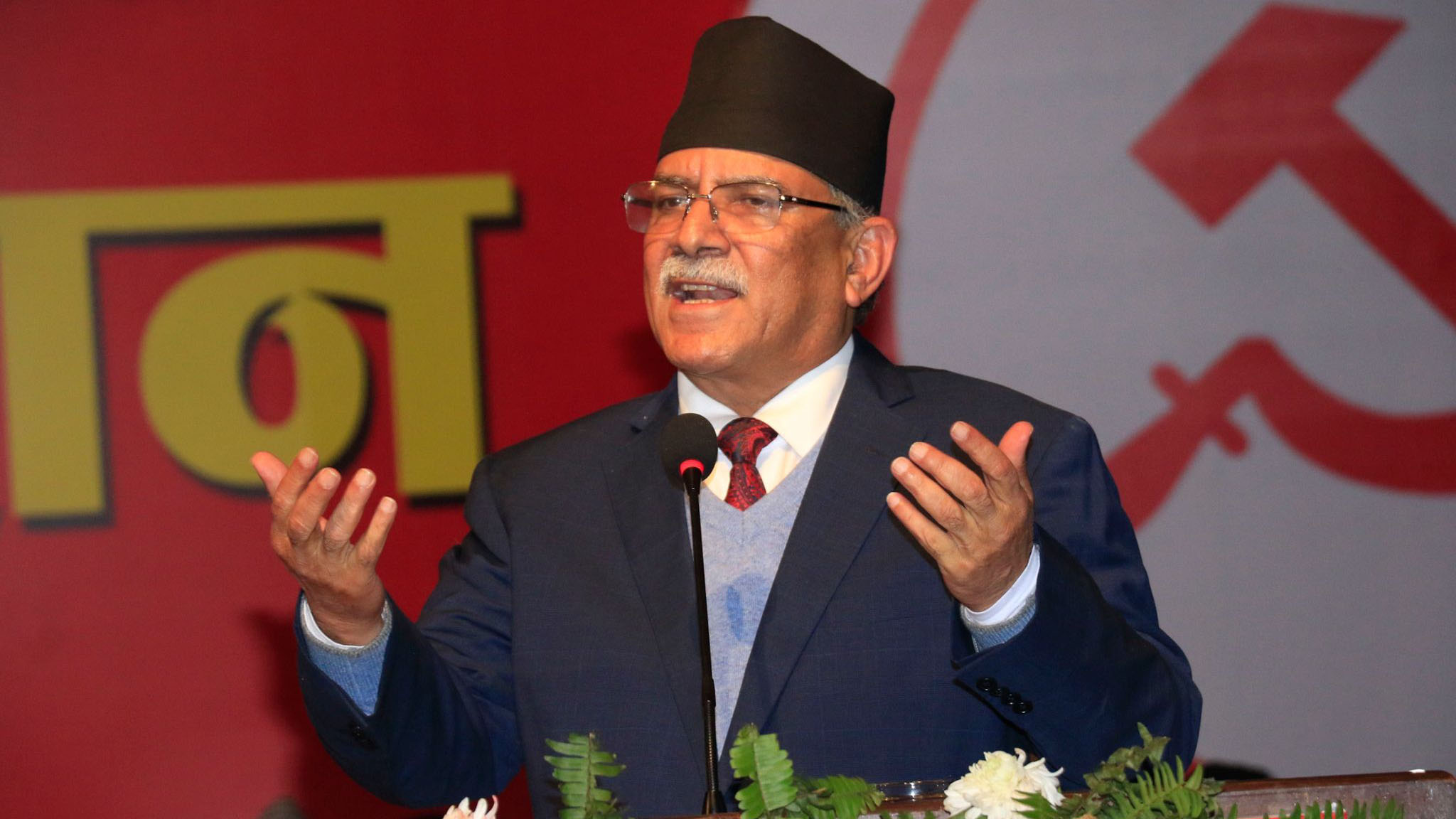 He said that the current ruling coalition will be maintained in the elections to be held in November.

Addressing a program organized by the Valley Special Committee of the CPN (Maoist Centre) on Monday, Prachanda without taking Oli's name said that there will be no left alliance until the reactionaries repent.

Prachanda had warned on Sunday that if the Congress does not show respect for Maoist party, it will form a left-wing alliance.

"The current power coalition was formed in a period of historical necessity. Now there are rumours that the left alliance will be formed again," Prachanda said. " This alliance will remain necessary until the regressive forces are defeated and they repent. The basis of regression will be defeated."

Prachanda said that not only left alliance but the party itself has been tested by short-lived unification.

"We unified the party. But after three years, there was so much dishonesty, conspiracy and deception. We did not surrender to that tendency," said Prachanda. "Bombs were dropped on the headquarters through a 19-page long report. It was like a political bomb."