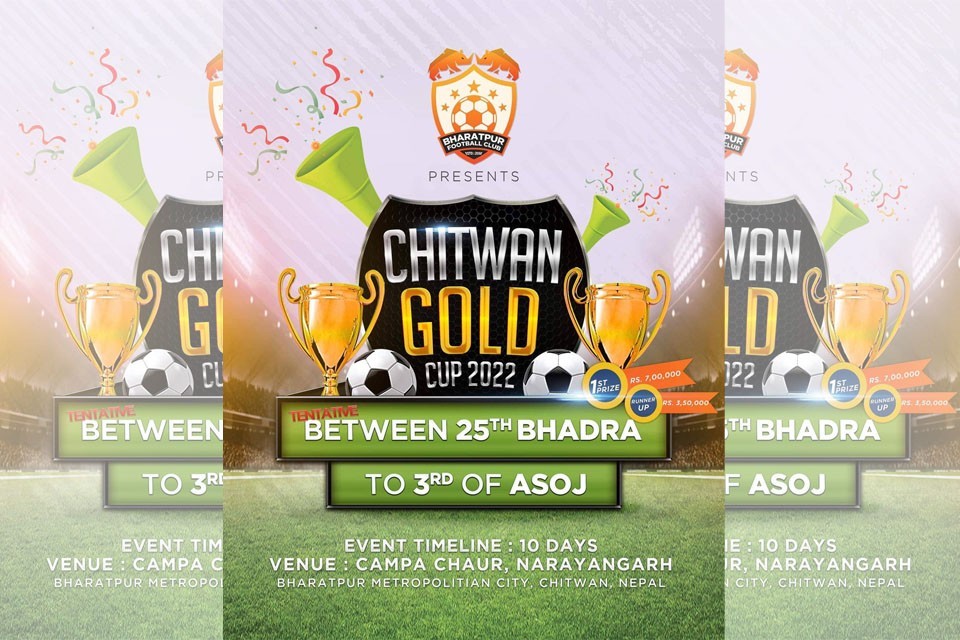 Chitwan, 6 September (2022) - The Bharatpur Football Club is going to organize Chitwan Gold Cup from September 10 to 19 in Chitwan.

The organiser said that a total of 10 national and international teams would play the games in the tournament.

Likewise, African United of Cameroon and Motihari Club of India are also the other participants.

Chitwan Gold Cup is the football tournament with the highest amount of prize given in the district of Chitwan. The winner of the competition will receive Rs 700,000 in cash and a gold cup while the first runner up will get Rs 350,000.

Bhusal said that preparations for the tournament are in the final stage and the management of the stadium is ongoing at Campachaur in Narayanghat. It is said that total cost for organising the event is estimated around Rs 7 million.