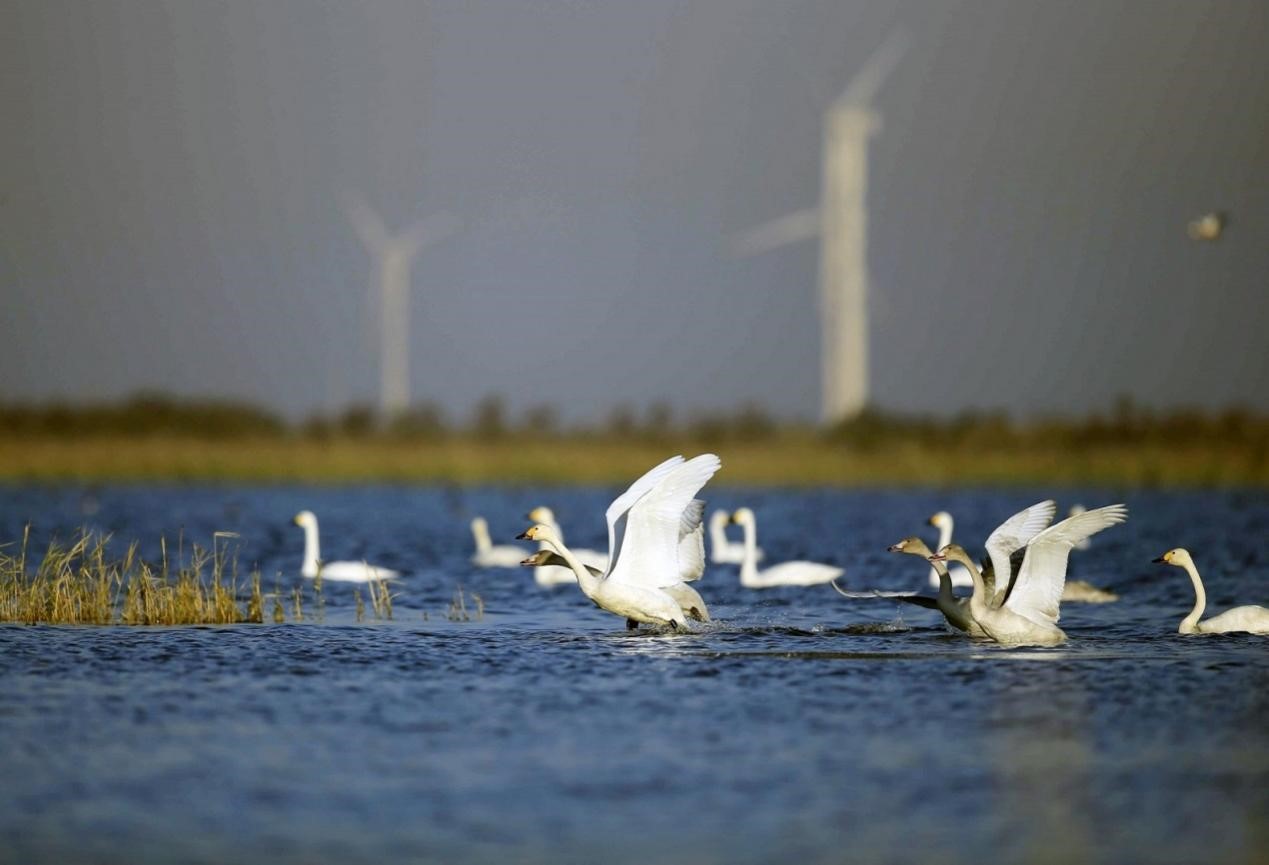 The Yellow River, the second longest river in China, is hailed as the cradle of Chinese civilization. Over the past 20 years, China has intensified its efforts to restore ecology along the river, and the river that once dried up has seen no flow cutoff for 23 consecutive years.

Unlimited water exploitation was the major reason for the river’s drying up. This set of data might suggest the tension between the supply and demand for water from the Yellow River: the waterway accounts for only 2 percent of China's total runoff but feeds 12 percent of the country's population and irrigates 17 percent of the arable land.

Unified water volume regulation was key to the Yellow River treatment. "With a target of keeping the river flowing, a total consumption volume from the river was set at the national level based on which local governments made their respective water usage plans. Adjustments were made every month and important cross sections were put under regular monitoring," said Ke Sujuan, an official with the YRCC.

As a result, wetlands along the Yellow River expanded, attracting more and more bird species and recovering biodiversity. Since 1999, the river has supplied over 670 billion cubic meters of water for tributaries and relevant regions, offering strong support for socioeconomic development and ecological progress in these places.

In Dayudu irrigation area, Ruicheng county, Yuncheng, north China's Shanxi province, water from the Yellow River is elevated over 300 meters and used to irrigate over 500,000 mu of farmland. In the fields, irrigation poles are established every 18 meters and all of them can be started remotely on farmers' mobile phones.

The underground sprinkler system has reduced water consumption per mu from 150 cubic meters to less than 60 cubic meters, said Hu Tianni, a major local crop grower. The system has saved over 160,000 yuan ($22,698) in irrigation costs for the woman, who grows over 1,000 mu of wheat. Besides, Hu has also equipped her farmland with sprinklers, sensors, internet of things facilities and other new tech devices.

The water-sand imbalance was what made the Yellow River treatment difficult. As early as 1952, the YRCC  set up an experiment station for the conservation of water and soil in Suide, a county lying on the west bank of the Yellow River in northwest China's Shaanxi province. A year later, the first silt arrester in northern Shaanxi was built in the county's Maliangou village by researchers.

Today, trees and grass are densely planted on local hills, and a series of biological, agricultural and engineering measures have been taken to block sand and mud in local waterways. "It means that more sand and mud is staying in gullies and more clean water is flowing into the Yellow River," Dang explained.

Thanks to comprehensive treatment projects, both the area and intensity of water and soil loss in the Yellow River basin have decreased over recent years.