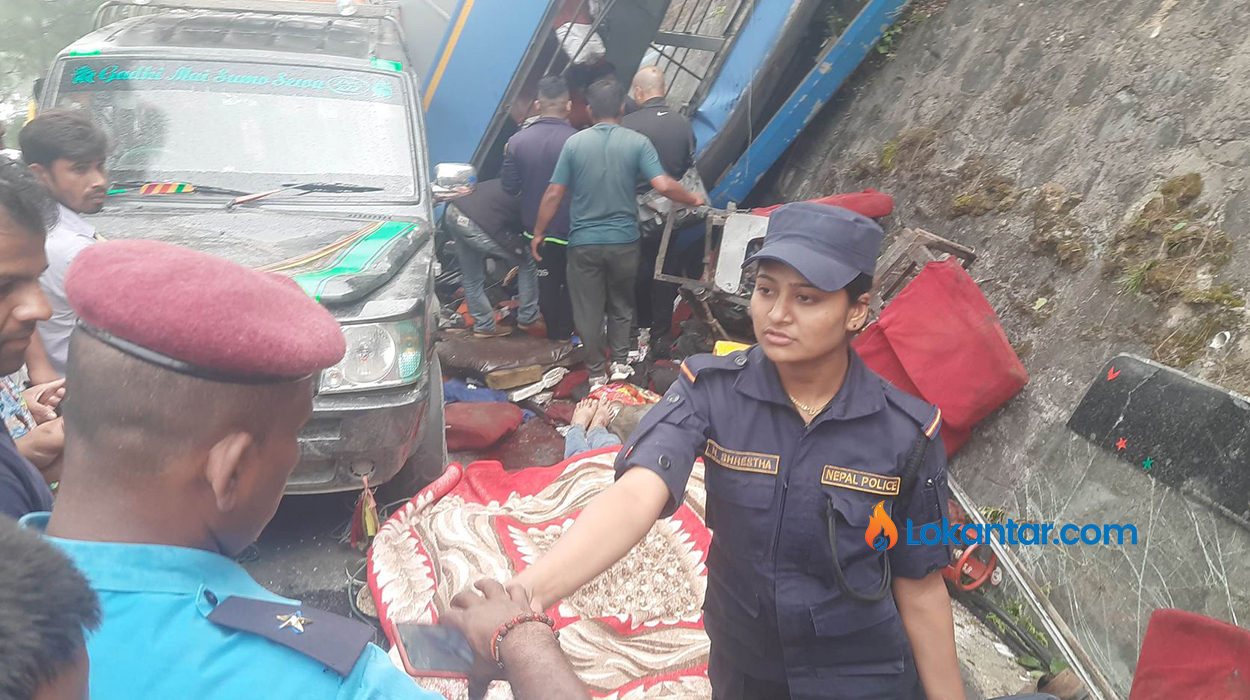 Makwanpur, 23 September (2022) - Identity of six persons out of the seven dead in a road accident occurred in Jurikhet of Bhimphedi Rural Municipality Ward No. 6, Makwanpur on Thursday afternoon has been ascertained.

Identity of next one is not revealed yet. Seriously injured four persons are receiving treatment in Chitwan Medical College, Bharatpur, and 21 others are being treated in the Hetauda Hospital, the police said.

Of the deceased, six died on the spot and one on the way to the hospital for treatment. The bus was reportedly carrying 35 passengers.

Police said the passenger bus (Ba 3 Ka 7858) coming from Kathmandu to Hetauda met with the accident.