Success story of a mother: How farming changed her destiny 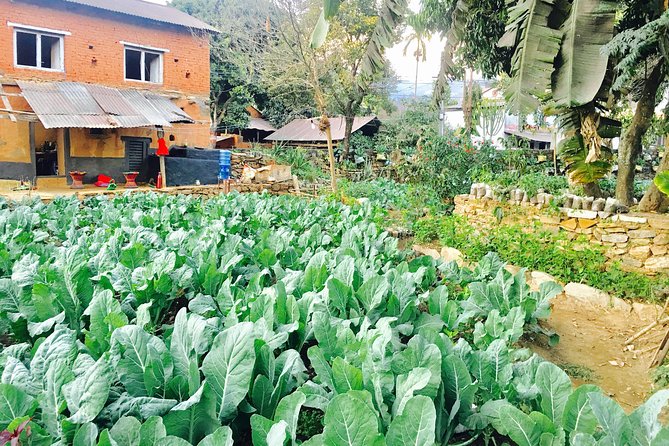 Lekhnath, 23 September (2022) - Shivamaya Sherpurja, 45, had some 16 years back decided to shift to Pokhara from Myagdi so that she could send her children to a boarding school. The mother's earnest desire to send her kids to an English medium school was a major cause of the family's immigration. In 2063 BS, the family arrived Pokhara from Myagdi.

Till seven years in Pokhara, she remained busy in doing her household duties as a mother. But over the course of time, she could broaden the horizon of her identity and now is a successful woman entrepreneur.

In 2071 BS, she started an agricultural farm on 17 ropanis of leased land (one ropani is equivalent to 5476 sq. ft). She invested just some thousands in her small-scale business. Now, she is the proud owner of the business worth around Rs 30 million capital.

In the 'Didi Bahini Agricultural Farm', she started vegetable cultivation. After eight years, she has 18 milch buffaloes, one he-buffalo, four milch cows and 19 calves. She also engages in the cultivation of fodder crops in additional 11 roapnis of land.

She talked to RSS about her success story based on her dedication, passion and hard work.  As she said her income from the sale of vegetable produces and fresh milk is above Rs 300 thousands and the net profit is Rs 150 thousands annually.   "The vegetable farming went ahead well and later I decided to expand the farm and rear buffaloes to manage organic fertiliser for vegetables."

She still remembers about the unusual instance when she had to pay Rs 7,000 for a tractor of organic fertilizer. "At that point, I made a plan to rear buffaloes by calculating its additional benefits I could secure from manures," she said.  Now she earns an identity of a model woman agriculture entrepreneur in Pokhara. Since two years, she is also rearing goats.

"That time my husband was on employment in a Gulf country. The money he remitted home was not enough to afford the food and pay for the education of the children who were studying in a boarding school. It was a barely a hand-to-mouth existence. So I felt that I should also do something to supplement the family income," Sherpurja said.

Sherpurja thought of starting from a small farm where she would grow vegetables and raise chicks and cows. She took 17 ropanis land on lease at Arghaun, Lekhnath in Pokhara. She had been staying at Kharanephant, Lekhnath of Pokhara-27. She started the Didi Bahini Agriculture Farm in 2072 BS.

She started growing tomato, cucumber, bitter gourd, leafy vegetables, cauliflower, cabbage and other vegetables. She has employed three women at her farm. Sherpurja can be seen busy in her farm from 4 am till 6 pm. She started selling buffalo milk from her farm itself. In the beginning she raised only one buffalo. She was encouraged as the milk fetched her decent price. She then planned to buy more buffaloes in 2075 BS.

But the problem was that she did not have the investment capital to do so. She started going to different banks asking for loans to buy buffaloes. The Bangladesh Bank was convinced with her plan and agreed to provide Rs 5 million for buying buffaloes and expanding her vegetable farm.

Sherpurja invested Rs 3 million to buy buffaloes and the remaining amount to construct tunnel for vegetable farm. She succeeded in reducing her loan to Rs 1 million in four years.

"Now, our joint income is enough to pay for food and our children's education. My husband also runs a shop at Pokhara-27 after returning from foreign employment. We will also gradually start making income from goats also. We sell buffalo milk at the farm for Rs 120 per litre," she shared.

Sherpurja's farm is valued at Rs 30 million. She has expanded her farm from 17 ropanis to 29 ropanis.

"There are the buffalo, goat and vegetable farm on 17 ropanis area while the remaining 11 ropanis land in the farm is set aside for growing grass and fodder for the animals. My son is studying engineering and daughter nursing from the income from farming alone. We have also constructed a house at Lekhnath," shared an exuberant Sherpurja.

The Agriculture Office has provided some financial subsidy to Sherpurja who has also acquired training on buffalo and vegetable farming.