An open letter to Rabindra Mishra 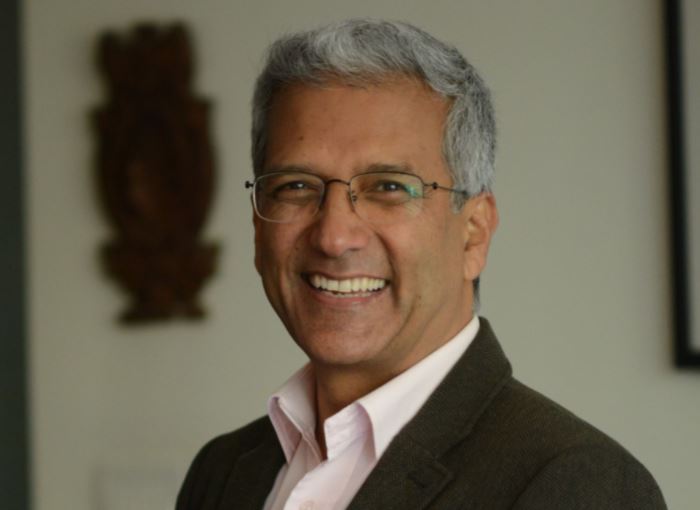 After you entered national politics leaving the profession of journalism, I continued to follow you because of your eloquence, sharp comments and opinions on contemporary political and social issues, your factual analysis with national and international political knowledge and logical presentation of current and historical events. You had contested the parliamentary elections from Kathmandu Constituency-1 and were defeated by a margin of only 819 votes. But you have succeeded in winning the hearts of hundreds of thousands of Nepalese living not only in Kathmandu constituency-1 but also in the whole country and abroad, although you have recently joined another party. Your firm reasoning and clear ideas, along with your strong desire to do something for the soil despite the adverse circumstances, have won my heart. Thus, today I am writing you this first open letter.

I would like to make it clear at the outset that I am not affiliated to any political party or any of its organizations. I am a student of law. My affiliation is only with the soil of this country. I have deep empathy with the condition of the Nepali people unable to go to school due to poverty,  those who are forced to work abroad , those who are dying prematurely due to diseases and accidents and those suffering from and are victims of gangsterism and corruption in the society. Actually, I have no faith in so-called major political parties and their top leaders.

I was only 5 years old when the Interim Constitution of Nepal 2063 was promulgated. After that, except for a limited number of leaders of all political parties, they made politics only a profession with no code of conduct and a means of corruption, but they never wanted to take politics as a service to the country and the people. As a result, corruption is rampant from the local level to the central level. The report of the Auditor General has also made it clear that the corruption happening at the local level is the highest and dreadful. In addition, political corruption has crossed the borderline. Rampant nepotism and favoritism have made this country and our system a mess particularly government educational institutions, from schools to universities, political parties and their various kinds of organizations are proving to be nothing more than factories producing unemployed people due to their vested interests.

Rampant nepotism and favoritism have made this country and our system a mess.

In fact, you are not far away or ignorant of more than a dozen such things that the country is going through. However, everybody knows that in our country, it has been proven that politics is only about sweet and attractive speeches delivered by the leaders and issuing artificial assurances to the people. Those who were on the road or street and drowned in debt in the past have become millionaires and billionaires by reaching positions and power. Because it is clear that politics is in our country an easy way to earn money(black). And as per the various policy decisions of the state made by them from time to time, they convert their black money into white money. Also, the trend to politicize of any crime related to political leaders and their cadres is appalling too. Therefore, your politics should not be limited to just speaking and writing. Always be diligent and committed to practically applying what you say in public or publicly.

Surely, we have some expectation from you because at that time, leaving a lucrative job of 7 lakhs with many benefits, it is not common for you to join politics. It meaning you entered politics from zero level with the determination to do something for the nation. After watching/ listening to many of your interviews, it seems to me that you are a person having interested in the interests of the country rather than personal interests. I am saying with assertion that by using symbolic words like ‘Gorkha’ and ‘Gorakhpur’, you are a person loving the country many times more than the leaders of the major parties that exist now. Your speech represents not only the voice of Kathmandu consistency -1, but from Darchula, Doti to Humla, Jumla to Ilam, Taplejung and Jhapa.

Now, I do not understand any 'ism', party and their principles and the terms progressive, regressive and etc. I understand only that we should be proud of our country. The country should not become the abode of elders, women, brokers, pimps, corrupt and baggy party workers/cadres etc. as it is now. We should make the country where all Nepalese live and be proud. For that, all the systems of the nation should run properly in their own way. The rule of law, the principle of separation of powers and check and balance, judicial independence, etc. should be practically implemented.

It is going to be 16 years since the Interim Constitution of Nepal promulgated in 2063 B.S. After that it has been 7 years since the constitution of Nepal 2072 B.S came into force, but our country is getting worse and worse. On the one hand we are becoming more dependent on and on the other hand a handful of people are getting rich. Because brokerage has swallowed the country. The leaders particularly top leaders of major parties and some civil servants in higher positions are already sold and are on sale. Corruption is rampant in the guise of post, money, political power and links, etc. In essence, it would not be an exaggeration to say that the country and its systems are in a coma.

Time and tide wait for no one. Positive and creative change doesn’t come just by waiting for time. Well, we waited a long time. But the positive as well as constructive change could not come. So, we shouldn’t wait any longer. We need to bring change in our era. For this, one should be ready to take initiative and take risks as well. In such a situation, our soil needs people like you. Yes, after winning the election you may not be able to do as expected, but I am sure you will try and do your best.

Positive and constructive change has already begun with the independent mayors Balen, Harka etc. Before Balen became the mayor of Kathmandu, these political parties and their leaders did not believe that he would win the election. After he became mayor, it is known to all that even the presence of the President Bidya Bhandari in a cultural festival was overshadowed. Moreover, most of actions and decisions of Mayor Balen today are in fact commendable.

I wish you to continue to build and strengthen your rapport with the people to transform the character of Nepali politics and the whole country by thinking of the nation above party and notion!

On the other hand, Harka Sampang, the mayor of Dharan, has a very attractive and exemplary relationship with the people. Yes, a parliamentarian like a mayor cannot make concrete decisions and implement anything because he is a legislator and not a member of the executive. But his voice is not listened only even in the House of Representatives. The whole nation and even the international world may hear it.

But my conscience has seen the possibility of you becoming a member of the executive and that is also possible. And at that time, you will be tested. For that, I wish you to continue to build and strengthen your rapport with the people to transform the character of Nepali politics and the whole country by thinking of the nation above party and notion! That’s it for now.