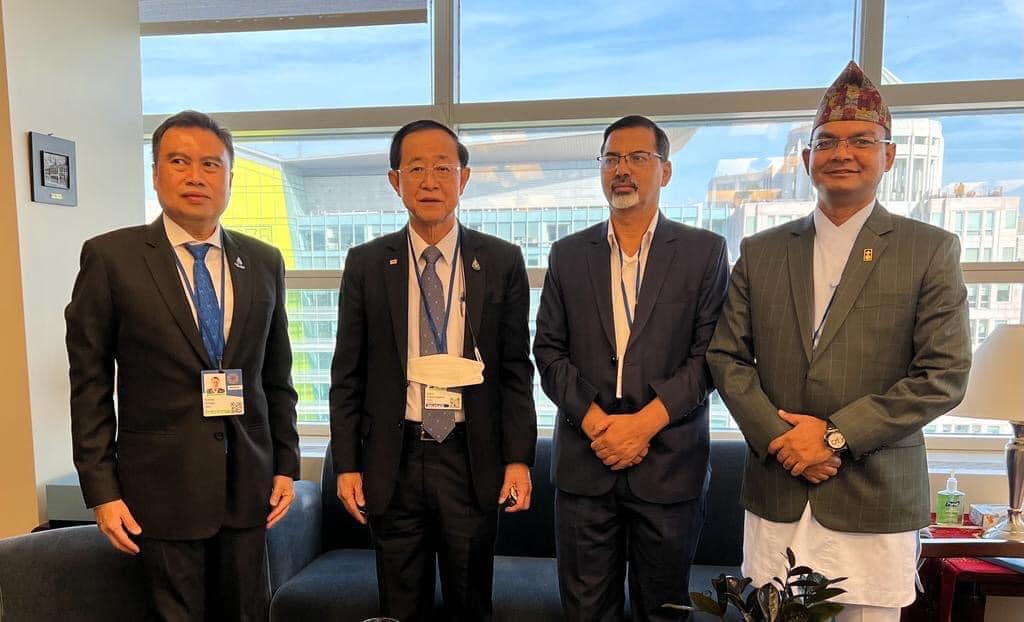 In the session held at the annual meetings of the World Bank and the International Monetary Fund, various problems faced by the member states were discussed. On the occasion, the participants emphasized that the problems of countries like Nepal should be addressed by providing financial aid to address the problems created globally.

Likewise, Finance Minister Sharma participated in the sideline executive dialogue session and discussed about the steps taken by the member states to address the problems brought about by climate change. Governor of Nepal Rastra Bank Mahaprasad Adhikari, Finance Secretary Krishnahari Pushkar, Ambassador of Nepal to the US Sridhar Khatri and other high-ranking officials participated in the event.

Also on Wednesday, Finance Minister Janardhan Sharma met with Samantha Power, the chief administrator of the USAID at its headquarters and discussed about establishing a strong foundation for promotion of bilateral interests and cooperation between Nepal and the US. In the meeting, Finance Minister Sharma lauded the support provided by the US to the socio-economic development endeavours of Nepal.

According to the Nepali Embassy in the US, Finance Minister Sharma sought support for Nepal to help it face the challenges of information technology, climate change and other priority areas set by the government.

Finance Secretary Krishnahari Pushkar, Ambassador of Nepal to the US Sridhar Khatri and members of the visiting delegation were also present in the meeting.