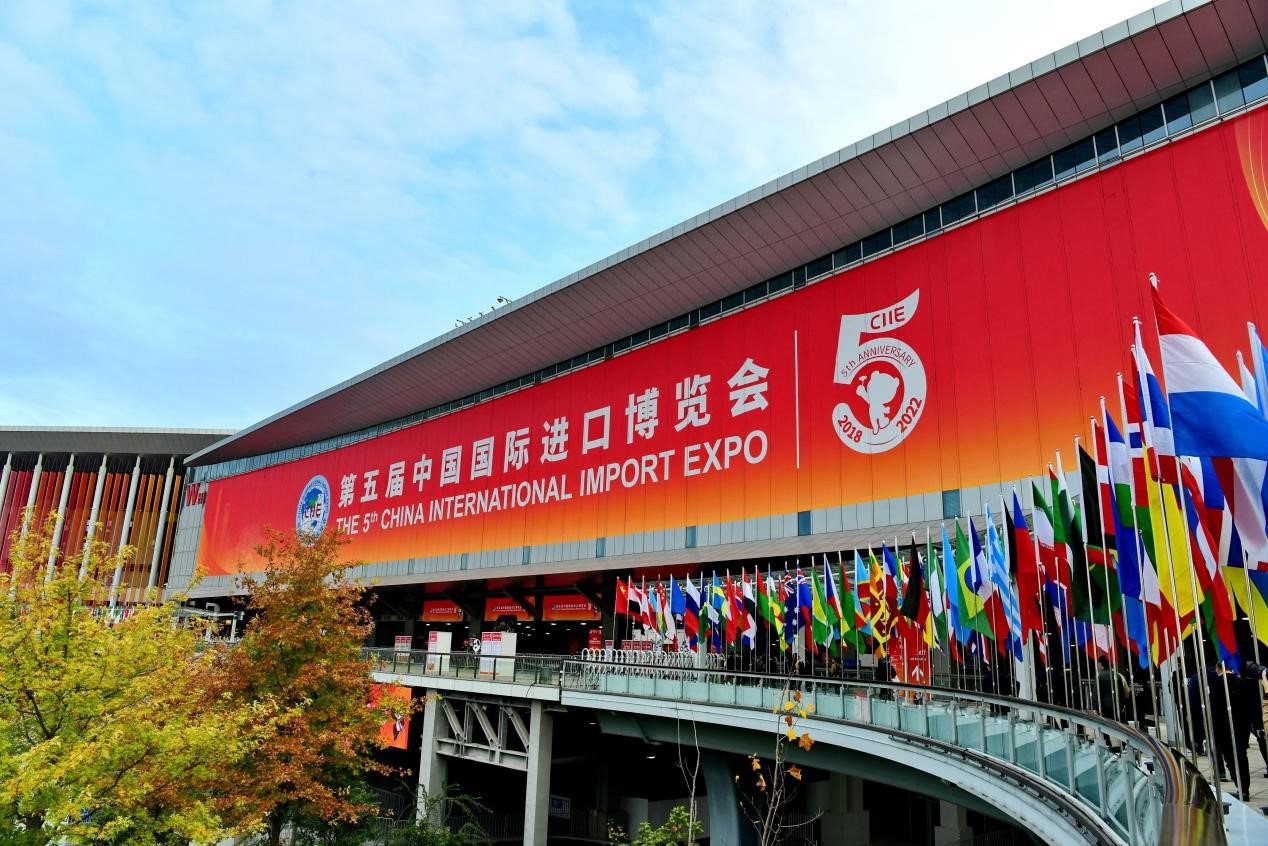 The fifth China International Import Expo (CIIE), which concluded in Shanghai on Nov. 10, was indeed a fruitful event as expected.

It was joined by over 2,800 exhibitors from 127 countries and regions, and 66 countries and three international organizations took part in the country exhibition. All these numbers exceeded those in the previous year.

A total of $73.52 billion worth of tentative deals were reached for one-year purchases of goods and services, up 3.9 percent from a year ago.

Apart from cutting-edge innovations, the fifth CIIE also featured exhibits that were handy and practical, manifesting China's sense of responsibility in implementing the Global Development Initiative and promoting the common development of the world.

The CIIE is not only a platform for big names but also one that cares about enterprises from the least developed countries. Every year, the event would provide the latter with free exhibition booths to assist them selling their food, traditional handicrafts, and tourism products to a wider audience. This year, the number of free exhibition booths for exhibitors from the least developed countries nearly doubled from a year ago.

For the first time, Guinea-Bissau's cashew nuts were displayed at this year's CIIE. They attracted a number of merchants, though they were not in fancy packages. The export of cashew nuts is the primary source of income for most of the farmers in the African countries, and the CIIE has established a platform that brings tangible benefits to them.

Guinea-Bissau's Ambassador to China, Antonio Serifo Embalo, told People's Daily that Guinea-Bissau hopes to attract more investors at the CIIE so as to better help the country's farmers increase their income and realize technological and industrial upgrades for the country.

The All Pakistan Commercial Exporters Association, attending the CIIE for the first time, displayed emeralds, Himalayan salt, Basmati rice, and other featured products. The association contacted the Pakistani Embassy and Consulates in China soon after it booked an exhibition booth, asking the latter to recommend featured Pakistani products.

"I hope Pakistani enterprises can find more opportunities in China through the CIIE," said Miao Lan who is responsible for the booth of the Pakistani association.

Over the past five years, the CIIE has turned many exhibits into commodities and exhibitors into investors. Through the exchange of ideas, it connects China and the rest of the world. It is a global public good shared by the whole world.

Handmade alpaca toys produced by Peruvian enterprises have found their market in China through the CIIE, involving over 100 Peruvian families that designed and produced the toys in the trend of economic globalization. Besides, the CIIE also expanded the sales of coffee from Timor-Leste, chili from Rwanda, wool carpets from Afghanistan, soaps from Syria, honey from Zambia, and handicrafts from South Sudan.

It has turned the China market into a market for the world, a market shared by all and accessible to all.

It is reported that enterprises have already signed up for an exhibition area of more than 100,000 square meters for the sixth CIIE.