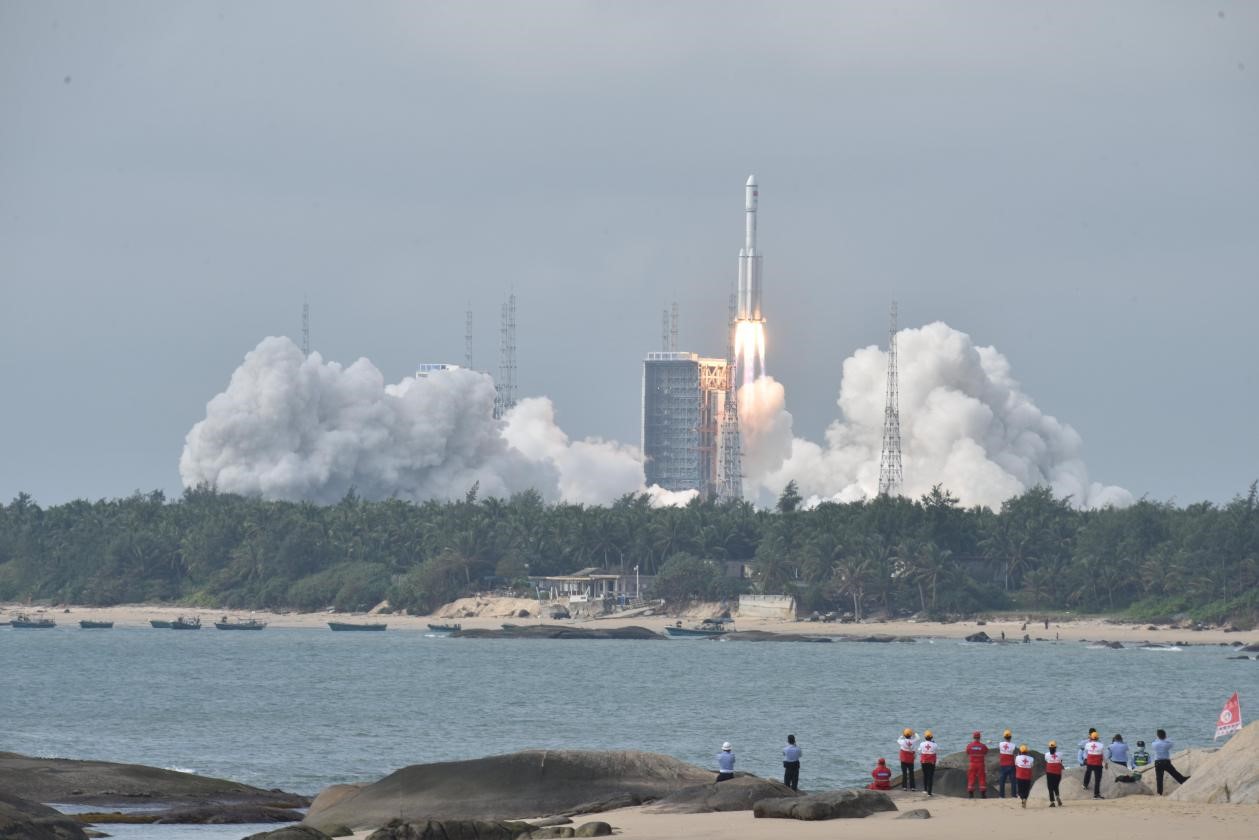 Later, the cargo craft conducted a fast automated rendezvous and docking with China's Tiangong space station combination. It was the first time that Chinese astronauts witnessed the arrival of a cargo craft in the country's space station.

The two-hour rendezvous and docking, reduced from 6.5 hours in previous operations, is of great practical significance for the long-term in-orbit operation of the Chinese space station.

The shortened delivery time makes it possible to send fresh products to space, and also enhances space rescue responding to emergencies. It indicates that China's rendezvous and docking are more functional with maturer technology.

Tianzhou-5, the fifth mission of the Tianzhou-class unmanned cargo spacecraft, is fully sealed. As a "supply center" for China's space station, the spacecraft can also change into semi-sealed and open modes to meet the demands of different missions.

It is currently the cargo spacecraft in service with the most powerful transport capability in the world, and also the most versatile craft of its kind in terms of in-orbit supporting capabilities.

It is reported that Tianzhou-5 is loaded with six months of supplies for the Shenzhou-15 crew of three astronauts, including food, medicines, propellant, experiment equipment, a science education satellite, hydrogen and oxygen-based fuel cells, and high energy particle detection facility.

It carries a total of 6.7 tons of supplies, including about 5.3 tons of life supplies and equipment, as well as 1.4 tons of propellant for the crew's life support in space and the construction of the space station.

The successful launch of the Tianzhou-5 from the Wenchang Spacecraft Launch Site, which is under the Xichang Satellite Launch Center, marked the 200th launch mission for the center. It makes the center the first one in China to have completed 200 launches.

It took the center 32 years to finish its first 100 missions, while the last 100 were completed in just six years.

The Xichang Satellite Launch Center, established in 1970, manages two launch sites in Xichang and Wenchang. No launch failure has happened at the Wenchang site since 2021, which completed missions of all three modules of China's space station and four major cargo spacecrafts.