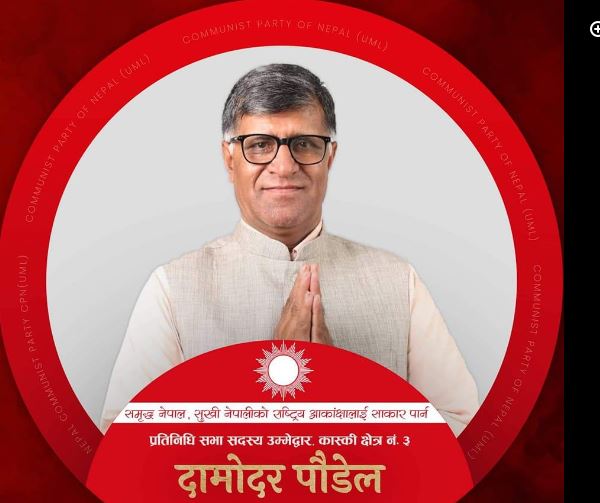 Kaski, 25 November (2022) - CPN (UML) candidate Damodar Poudel (Bairagi) has won the election to the Member of House of Representatives from Kaski constituency no 3.

Poudel obtained 22,980 votes as against the 17,535 votes polled by his closest contender Ramji Prasad Baral of the CPN (Maoist Centre), the Office of the Chief Election Officer stated.

Altogether 15 candidates including those from the political parties and independents were in the election fray in this electoral constituency. Out of the total 101 thousand 715 registered voters, 61,281 votes were cast in the HoR and Province Assembly elections held on November 20.