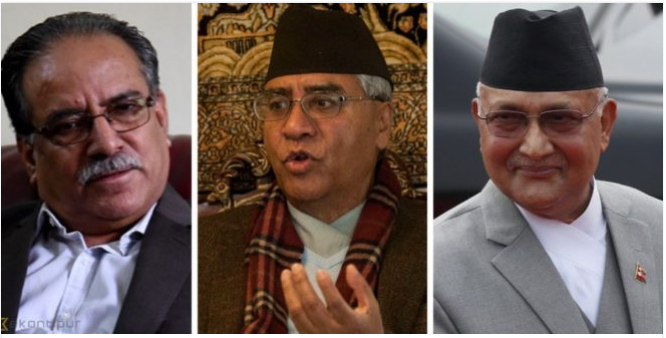 On 20 November, 22nd edition of FIFA World Cup kickstarted in Qatar. On the same day, Nepal also kicked the electoral ball. It was second parliamentary election under FDR Constitution 2015. FIFA World Cup and Nepal’s politics may be remotely connected but the streaming of the initial results present excitement and wilderness.

The Goliaths of the football, Argentina and Germany got defeated by Davids, Saudi Arabia and Japan. Similarly, in Nepali elections some political heavyweights had their face badly bruised while some young and new faces have turned up show their charms. FIFA is badly dragged into corruption and controversy. Sports sector in general is mired in corruption called “match-fixing”.

Political parties in Nepal too formed alliances – a kind of political match fixing – before they went to the elections. When one starts with absurdities, definitely one ends with absurdities. By 18 December, the final result of the FIFA will be out. But the same cannot be said about Nepali politics.  Will there be a new government by 18 December?

As results of the First Past the Post (FPTP) are coming to a close, politicians are eyeing on Proportional Representation (PR) votes. To an average Nepali who had to rely on “electoral symbols” to cast their votes, understanding distribution of seats under PR system is beyond their comprehension.

One cannot have post-electoral analysis of Nepali politics without referring to a couple of significant points. First and the obvious point is the arrival of this new party called Rastriya Swatantra Party (RSP), literally translated as National Independent Party. There is lot of hullabaloo about RSP’s victory in Kathmandu and Chitwan. However, a closer look at this party indicates nothing more than an expression of discontents of frustrated urbanite youths.

One can fairly expect the party to meet the same fate of Naya Shakti Party or Bibeksheel Sajha Party who earlier presented themselves as messiah of alternative politics. Zeal and enthusiasm is one thing but experience and wisdom comes with age. Just look at their ideal leaders in Dharan and Kathmandu! One has not been able to call executive meeting; other is mired in one controversy after other.

Until and unless there is a change in electoral system, Nepali politics continues to produce absurdities.

Third and crucial observation will be: Nepali politics is going to be far more complicated than before. Forming the next coalition government will be like “chewing falam ko cheura”. Nepali style of sharing of the spoils on a rotational basis had been primary stabilizing factor so far. The upcoming younger generation of Nepali politicians either have to give up their good governance and anti-corruption agenda or left themselves to be side-lined. By the way, young people are more vulnerable to corruption than old people.

With appalling results, Mr KP Oli seems to have lowered his aspiration to be the next PM. But there are so many contestants within the ruling alliance that one needs to go for another round of voting exclusively to determine the next PM as well as the next President of FDR Nepal.

Finally, until and unless there is a change in electoral system, Nepali politics continues to produce absurdities. We have adopted a mixed electoral system composed of 60 percent from First Past the Post (FPTP) and 40 percent from Proportional Representation (PR) systems. However, we ended up having a mixed-up system where FPTP system is meant “notes for votes” and PR system “votes for notes” or depending on one’s interpretation, it could be other way round as well. With the mixed-up electoral system and country’s demography consisting, approximately, 1/3rd each for bahun-chettris, janajatis and Terai-Madhesi populace, it is near impossible for any party to secure even a simple majority.

Bargaining, consensus and coalition building are the norms of the constitution while competitive politics has been our practice. When there is a deviation between norms and practice, you easily end up in the world of corruption.