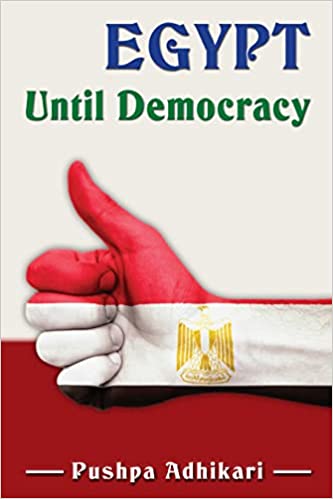 Kathmandu, 28 November (2022) - Globalization, rapid growth of science and technology and, most importantly, communication have challenged and even transformed all the moral and ethical values of human beings that have existed for millennia. It is this transition that is mostly linked to the misadventures just mentioned. There are also cases where the transition has acted indirectly, whereby major global powers that were geographically distant are brought right to their doorsteps, thus setting in motion complex geopolitical events that they were not prepared to deal with. Many countries in the world in this century are suffering from the same troubles, but on different scales.

Western countries has been far from amenable toward Egyptians and their ideas about democracy in recent decades. By way of background, during the Clinton administration, American leader claimed that one of the three main pillars of American foreign policy was the promotion of democracy in other nations. This crystallized the U.S. mandate to promote democracy in Egypt, which led to the establishment of the United States Agency for International Development, an organization designed to support democratization efforts in addition to the traditional development aid. In the first few years of the 1990s, the aid sent to Egypt was used to support the rule of law and civil society; in the latter half of the decade, the aid expanded to support governance and media. The U.S. was spending almost $2 billion annually to Egypt for a myriad of projects and specifically earmarked aid for democratic efforts comprising approximately $20 million of the total.

Egypt, an ancient power on its own right, is today reduced to be in the ranks of developing countries. It is natural for that country to dream of restoring her former glory, thus, coming up as a major leader in Asia and Africa. The country is also an example of a misadventure setting it back, instead of pushing it forward. Because of her size and resources, Egypt still holds the zeal to bounce back again. If she plays her cards right, Egypt has a good chance to revive herself as a major player on the global theater, where multiple actors play their role to maintain peace and work for the benefit of human beings. The time is right at present, when the world is witnessing another transition- one the current tug of war between unipolarity and multipolarity is certain to bring about.

Independent Egypt developed as the strongest and the most influential Arab nation after WW-II. She became an important figure in bringing Arab unity and integration. She played the dominant role in establishing League of Arab States in 1945. The League, its headquarter in Cairo, with an Egyptian Secretary General and Egyptian staff, came under Egypt’s direct control and influence.

President Sadat’s close links with Saudi Arabia’s King Faisal and oil rich Persian Shiekhdoms provided Egypt an opportunity to play an important role in the 1973 oil crisis and to impose oil embargo on US. This brought an important change in US policy towards Middle East, which caused US Secretary of State Henry Kissinger to make several visits in the area. The US government started taking keen interest in the peak negotiation in the Middle East.

Outside influence and support for Democracy gained roots in Egypt since President Sadat’s regime as Democratization was the demand for empowerment and choice in government and politics. Movements for democratization stem from a growing awareness and criticism of Sadat’s repressive way of governance.  Although democracy manifests differently in different societies, democratic ideals — such as secular governments — are based on the political traditions of the U.S. and Western Europe. The U.S. has been a proponent of a secular style of democracy in recent decades and rejects alternative styles of democracy.

There are quite interesting incidents the author has narrated such as the incident of locking all the fighter jets in the hangers and the commander in charge missing to give orders to retaliate the Israeli attacks and Israeli fighters taking over the facilities.

Assassination of President Sadat and endorsement of his Deputy Hosni Mubarak as the President, the continuous US support for Mubarak regime for almost 40 years and abandonment of that Support in the wake of Arab Spring are some fine example of super powers ‘use and throw’ model.

The book is well researched and a good read for both the academicians and policymakers. Its strength lies in the fact that its author Professor Pushpa Adhikari has used his personal sources from the military and civilian authorities from Egypt in a very peculiar manner. One can feel very clearly about the responsible parties for the fate of Egypt but the author does not say it himself. It’s an arduous task to dig into the history from monarchy to the first decade of twenty first century of Egypt and putting the references to substantiate it, the author has made the book very authentic. His ten years long effort will definitely be liked by the enthusiasts and the strategic community.