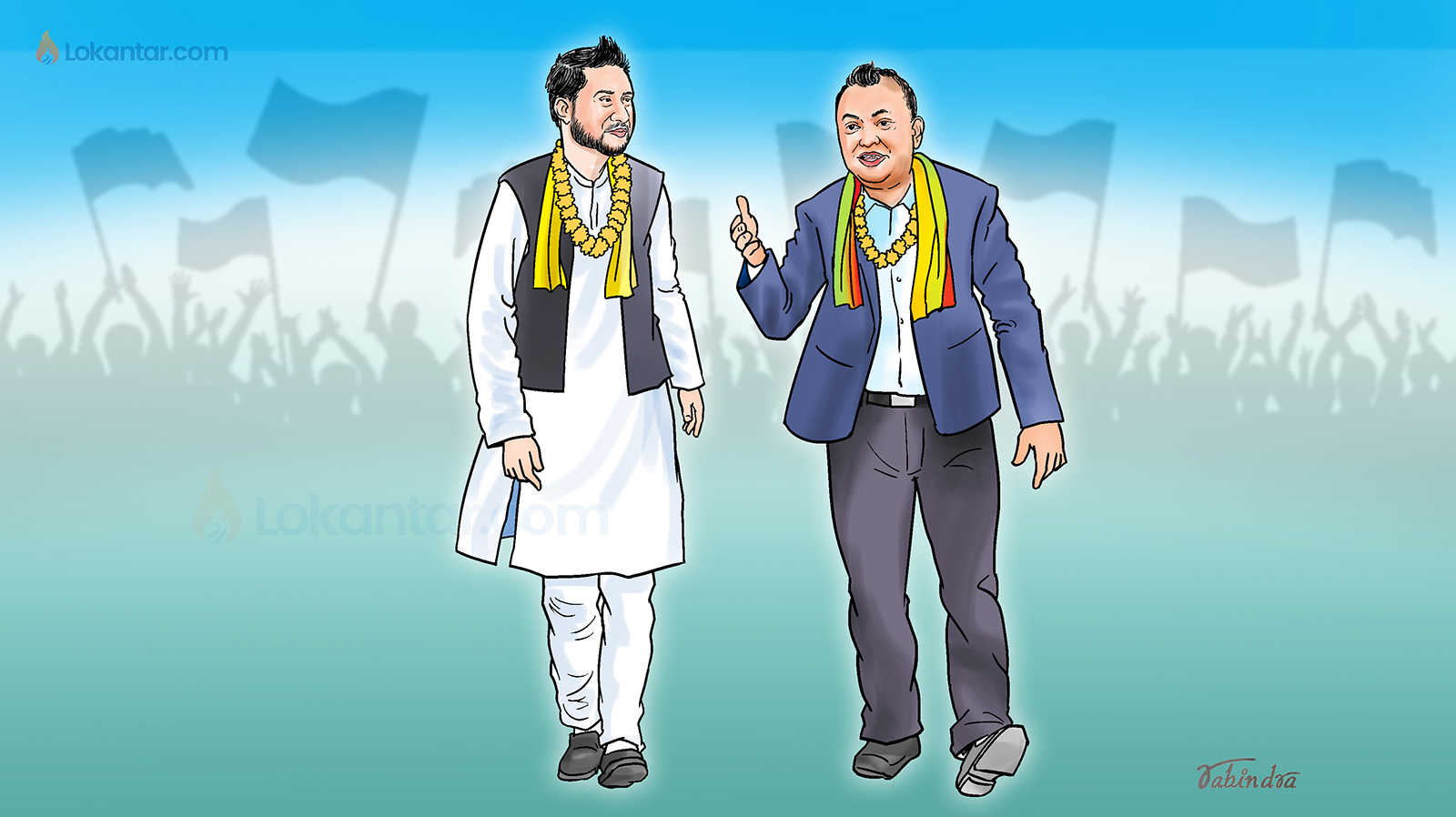 The results of the federal and provincial level elections (general elections) held on November 20, 2022 across the country have been made public. Major national political parties and their leadership that had been establishing moneycracy, mafiacracy and gangsterism and so on in the periodic elections since long have been largely rejected by the people this time. People have sought for alternatives to the old parties and their corrupt and irresponsible leaders through votes from their respective level.

Social media and legacy media, i.e. TV, Radio and newspapers are fully covered with the election results.  This election is quite interesting compared to past elections.  The real identity of voters has become clear from the final results of the election. This election has clearly proved that people are tired of old, corrupt and irresponsible political leaders.

As per the results of the election, now the people are preferring new parties, untested candidates having good vision with a concrete mission, highly intellectual and well educated who are expected to bring some changes in the parliament if given the opportunity. This time, senior leaders of the old parties had to face a tough challenge from new competitors.

People are preferring new parties, untested candidates having good vision with a concrete mission, highly intellectual and well educated who are expected to bring some changes in the parliament if given the opportunity.

Especially, Rabi Lamichhane, Adv. Sobita Gautam, Dr. Toshima Karki, Rabindra Mishra, Er. Sagar Dhakal and so on were considered as tough competitors. Except for Rabindra Mishra and and Er. Sagar Dhakal, the remaining have won the election by a large margin. In fact, be it in FPTP/SMP elections or proportional, the bell, the election symbol of Rastriya Swatantra party (RSP) led by Rabi Lamichhane (formed on June 7, 2022), across the country performed better than expected in the short term. It is ringing louder in the minds of corrupt politicians.

Talking about Mr. Rabindra Mishra, it is very painful to us to fail to send a capable person to the parliament. In fact, it is a great disaster for the nation. Barring some aspects, personally he is very intelligent, honest, realistic, logical, a good analyst and a visionary leader who could have done his best to bring many changes in the system. But he got caught in the trap of conspiracy and technically failed in the election. If he was elected, his ideas/opinions with reasoning would be very beneficial, influential and unique in Parliament. Unfortunately, luck and circumstances didn’t favour him and today we have lost a sincere patriotic leader in parliament. Nonetheless, he has not failed in the mind and heart of the people. Correspondingly, Er. Sagar Dhakal is another such person who deserves a separate article. In essence, he is a good son of the soil, who went to the sitting prime minister’s home district to challenge him and won the hearts of the people there and managed to garner a very respectable vote i.e., thirteen thousand forty-two.

Personally, I salute him for his indomitable courage. Considering his educational qualification, intellectual level, work experience in different countries, working style and manners, characteristics etc. are different and unique from the leaders of other political parties. It seems that he is literally tired of seeing and experiencing dirty politics and is more concerned about the condition of the nation being runed by the so- called political leaders. So, he entered politics. And, his entry into politics is definitely to teach Nepali politicians to think and analyze differently in the future. In this regard, we cannot forget the names of candidates like Aakarshan Pokharel and Shriram Gurung who are capable, honest and out-of-the-box. Now, whatever happened is over and there is not any alternative but to promote them and their thoughts in forthcoming days or future. Hopefully they’ll act as a watchdog to bring more awareness to the people. Personally, I am satisfied that at least people have somehow become aware of choosing the right candidates. At this moment, I feel that the sun is shining in the darkness gradually.

Well, the current election results clearly indicate that people have become aware now. Moreover, they were suffering from the actions and behavior of the major parties and some of their corrupt and unresponsive leaders. Which is why, they took revenge for it through votes.  We should not forget here that most of the candidates of the independent party/parties have won the election and the Rastriya Prajatantra Party (RPP) has also obtained good votes, which is a sign of disappointment and hatred towards the work of the major parties (Coalition government) that have been in the government for a long time. Similarly, “unethical or unnatural" alliances between/among parties forced voters to transfer their votes to another party. In other words, the coalition could be called a “farce” for not offering voters real choices. Thus, the voters crossed party lines to vote for candidates from a different party. Similarly, the widespread use of social networks/media and the significant increase in the number of voters of the new generation is another important reason.

Similarly, in a society/nation like ours which is plagued with dozens of problems such as corruption, poor/bad governance, chaos, arrogance, nepotism, favoritism, poverty, labor migration of millions of youths to foreign countries, etc., the votes secured by any particular party or other parties can’t be stable. Such votes can be transferred from one party to another party at any time. Therefore, any party has to embrace certain principles, philosophy or ideas to retain and attract these votes for a long time.

Now people are praising the new candidates and the new party and have some expectations from them tooaf. Therefore, the new party and its candidates (elected as HoR members) should take it as a responsibility rather than a victory. For this, the new party i.e., RSP should play an effective role in making the people more aware by supporting the good and opposing the bad things done by ruling parties from local level to central level as a strong and effective opposition throughout the nation and try to make itself the largest party in the nation in the next election.

RSP should play the role of a strong opposition from the local level to the central level and should strongly oppose the anti-national matters and present its agendas strongly and effectively in the parliament as well.

After all, the results of general election show that at least this time, the Nepali people have not only sought any philosophy or principle or ism, but also delivery, development and good governance.  In truth, the party that can make the people feel that this is my country and my government is the real party of the Nepali people today.

Therefore, the new parties, especially RSP and its MPs, should establish a relationship with the people like water and fish to fulfill the promises made before the elections. For that, the members of its organization should be made disciplined and should carry forward the people-oriented program by running a constructive campaign by presenting political principles suited to the soil of the country.

In addition, RSP should play the role of a strong opposition from the local level to the central level and should strongly oppose the anti-national matters and present its agendas strongly and effectively in the parliament as well. It would not be an exaggeration to say that circumstances are also a factor in the success of RSP. So, it's not just success. It is a coincidence as well. Thus, RSP should be more accountable to the people to take it as a complete success. Similarly, if the major or national political parties and their leadership, as mentioned above, could correct the shortcomings of the past, their future is not yet bleak. But the thing to be remembered is that if the same old trend is repeated in the coalition government to be formed in the near future, the existence of some parties may disappear sooner or later and another new party may emerge.