Prachanda's desperation: A bird in hand is worth two in bush 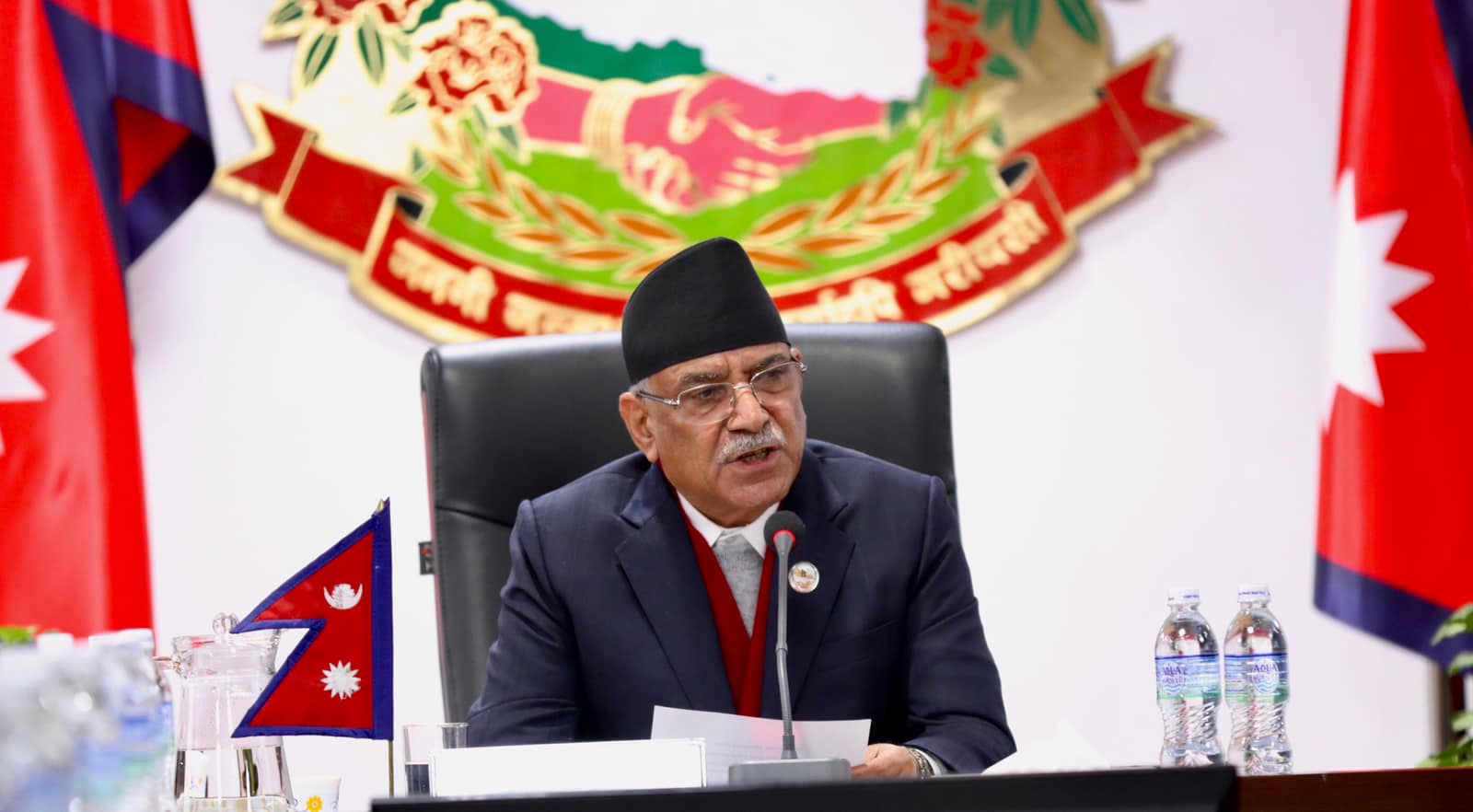 In the aftermath of high voltage political drama that unfolded on 25 December one question that invariably looms around is: Why is Comrade Pushpa Kamal Dahal Prachanda so desperate to become the prime minister, that too, for a third time? Why did he break the five party alliance that he claimed for coming 15 years, just to join hand with his enemy number one? Or has he got some unfinished agenda to fulfill asap? A degree of desperation can also be measured from his move to secure vote of confidence in the earliest. He could have delayed the voting by 30 days from the date of his appointment.

The five party alliance leader as well as Nepali Congress (NC) Party leader Sher Bahadur Deuba had assured Prachanda to hand over power, on a rotational basis, but only after two years. But Prachanda's demand was to hand over now or never. Political analysts are now blaming Deuba’s stubbornness and his betrayal, Prachanda’s instable character as well as Oli’s cunningness as primary factors leading to the unfolding of high-voltage political drama. They are minutely analyzing who betrayed whom for what reason.

There are also no less number of people putting blame on “the works of foreign hands”, primarily, China, US and India. Invariably, politics in Nepal seems to have taken a different turn after the return of Maoist leader Barsha Man Pun from his medical treatment in China. And, by the way, Belt and Road Initiative is coming to its natural death in February this year, if nothing happens between Nepal and China. Keeping aside external factors, let us look into Prachanda’s desperation.

Comrade Prachanda was determined to have the prime minister’s position now or never.

The media has reported that Comrade Prachanda had been offered PM’s position after two years with an arrangement of 2-2-1 years between NC, Maoists and United Socialist. His party has also been offered President and Speaker’s positions but there was no eligible candidate to take over those positions within the Maoists. Comrade Prachanda was determined to have the prime minister’s position now or never. By joining hands with his arch enemies, he seems to be ready to sacrifice anything and everything for the sake of becoming the prime minister. People are bewildered by his move to join hands with pro-monarchists, anti-federalists, pro-Hindus and anti-republics. His rag-tag coalition can collapse any minute from the day of its formation. With remote control in the hands of CPN-UML leader KP Oli he has to dance shamelessly to Oli’s  music.

There could be a number of reasoning for doing this. Obviously, the first one could be breaking up of the gentlemen’s agreement between Deuba and himself prior to holding of the elections in November, assuring him to be the next prime minister after elections. Even Ram Chandra Paudel, a senior NC leader, blames NC for betraying Prachanda.

Maoists’ poor showing in elections plus NC emerging as the largest party must have changed the calculus. Internal quibbling within NC must have got Prachanda thinking that NC will not hand over power even after the lapse of two years. Moreover, failing to form a coalition government now under Article 76(2) will automatically lead to forming a government by the largest party under Article 76(3) and, the implied meaning here is that NC will form the government. This must have put Comrade Prachanda into a bind: It is time to bargain now or never.

Either by design or default, he has been squeezed from several ends. First, Deuba’s obduracy to not relinquish power. After becoming the largest party and internal pressure within NC to not to relinquish power to the Maoists, Comrade Prachanda must have felt his position to be highly insecure. Remember, NC leader Gagan Thapa issued warnings immediately after his defeat in the elections to the NC parliamentary leader that “the party will not accept any kind of secret deals, made inside dark rooms, to share prime minister position on a rotational basis”. Second, with the passing away of the deadline, it became eminent to form NC government under Article 76(3). Third, the supports he could garner from other three alliance members (United Socialist, RJM and LSP) were very thin. In such a situation, his calculus must have tempted him to become prime minister now in spite of sacrificing his ego on the altar of his arch enemy Oli.

A bird in the hand is worth two in the bush – this is the mantra of that teaches us the value of money. Even though the bird in the hand is small and useless, Comrade Prachanda must have weighed in with a situation of having no bird at all or having a big but uncertain bird after two years.

Many believe he has been badly betrayed by NC. This must have led him to look for a sanctuary. In fact, he has been bitten many times, therefore, “once bitten, twice shy” did not work with him. His desperation seems rooted into rapid diminution of his party. In 2008 CA elections, the Maoists Party came at the top, securing 3.14 (or 29 percent of total) million PR votes. However, in successive elections in 2013, 2017 and 2022, the Maoists' share of PR votes declined to 1.44 million (15 percent), 1.3 million (14 percent) and 1.18 million (11 percent) respectively. With the party split into nearly a half a dozen political parties and outfits, Maoists Party that came into glory after a decade long people’s war is effectively now into oblivion. For Comrade Prachanda, it is the question of his existence. Literally, he is in a do-or-die situation.

Comrade Prachanda must have weighed in with a situation of having no bird at all or having a big but uncertain bird after two years.

If anybody asks me the difference between a delayed PM after two years and becoming a PM of ragtag coalition now, I would say it is the difference between slow and fast death. Had Prachanda managed to become delayed PM under NC-led five party alliance, it would have been a slow death. NC would have shared some poison. However, becoming a ragtag PM with the support of CPN-UML, this is going to be a fast death. Because there is none to share his poison. Therefore, it must have come as a respite to frustrated and disgruntled NC members. Definitely, this is going to be a blessing in disguise.

There are four transformative stages in the Maoist Party, namely, Maobadi, khaobadi, kamaobadi and bhagaobadi. They are onto their last stage of transformation, that is, bhagaobadi, meaning looking for an exile.