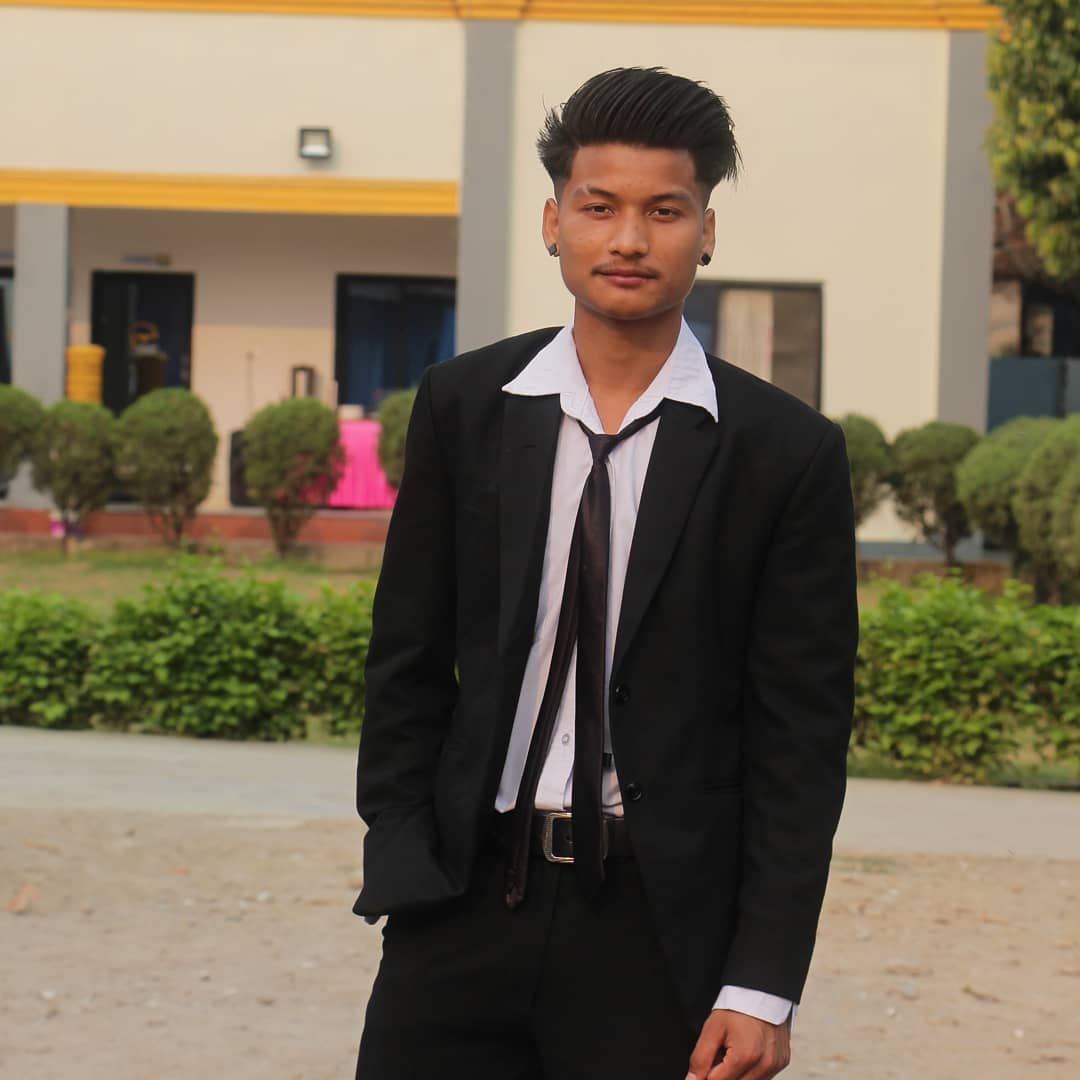 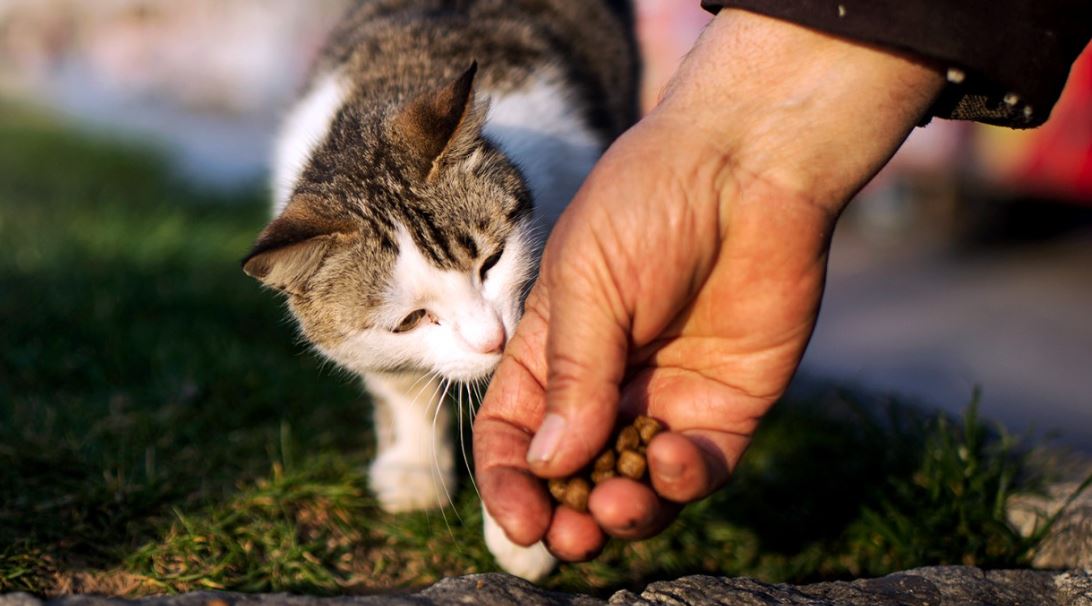 As human beings, it is our nature to love, protect and help other living beings. This kind of nature of human beings is gradually being decreased over time but has not been eradicated, which is commendable to a certain extent. Depicting the current world situation, just as the cooperation between people and the bond and love between them is gradually disappearing, similarly the relationship between animals and humans is not what it used to be.

As the generations are growing, people's nature is also changing. Human beings have started to ignore the fact that they and animals co-exist within an interdependent ecosystem. Humans and animals indeed share an evolutionary heritage. Furthermore, as humans are moral beings, have an obligation to treat animals (in particular domestic animals) responsibly.

The relationship of the farmers is very good especially with the domestic quadrupeds. We live on the labor and contribution of the farmers. However, these days the condition of quadrupeds is very critical, they are seen on roads, highways and many open areas in a slapdash manner. Domestic animals such as cows, bulls/oxen, buffaloes, dogs should be kept with necessary care, but it does not seem to be properly followed. Innocent quadrupeds have lost their lives due to the collision of vehicles and have also been injured over and over, in some cases, people have even lost their lives. We see such incidents daily on roads, highways and open places.

Domestic animals such as cows, bulls/oxen, buffaloes, dogs should be kept with necessary care, but it does not seem to be properly followed.

However, leaders of various parties, their cadres/workers and local bodies do not seem to be paying attention to this. These facts and incidents are becoming more complicated day by day, which is especially the gross negligence of the local government.

In particular, in Article 9 (3) of the Constitution of 2072, cow is considered as the national animal. The religious and cultural feeling of all of us Nepalese is connected with cows. The cow is considered as the form of Goddess Lakshmi and it is a sin to beat it. It means that there is a lot of religious and social faith towards cows, but these cows are seen in a miserable condition all over the country today.

If the cow, which is considered a national animal, does not have the right to live, then one can easily imagine the condition of other domestic animals. They are dying  due to hunger, disease and lack of food. Seeing such a bad situation, our dignity and reputation have been greatly damaged, the value of which can never be determined at the price.

In this regard, the Criminal (Code) Act, 2074, Animal Health and Livestock Services Act, 2055, its regulation and Directives 2073, Motor Vehicles and Transport Management Act, 2049, Local Government Operation Act, 2074 are more important and relevant in the protection and management of domestic animals including cows. Unfortunately, due to the negligence of the government from the local level to the central level, cows and other domestic animals have to suffer in the streets, highways and open areas.

Definitely, the protection and management of cows and other animals has become a headache for all local bodies. In the past, the stray livestock were handed over to the respective owners and a limited number of livestock were kept in the Kanji House. Until then, there was not that much of a problem, but nowadays the boundary has been crossed.

Had the Local Government operation Act been strictly enforced, there would have been no possibility of seeing stray animals on roads, highways and open areas. When there is an accident on the road, those animals are not treated.  Even their dead bodies can’t be managed for many days. Road accidents are happening everyday due to four-wheeler/two-wheeler vehicles and citizens are also losing their precious lives.

In Section 291 of Chapter 27 of the Criminal (Code) Act, 2074, there is a provision of the law not to kill animals and birds in public places, but animals and birds are accidentally killed by vehicles in public places and the peoples are becoming the victim of it.  it is a matter of very serious concern of the country, but the government is taking it as a minor issue. Similarly, there is also a provision related to the control of stray animals in sub-section 1(j) of section 2 of chapter 3 of the Local Government Operation Act 2074.

For the purpose of research, three of my colleagues and I went to cowsheds in four municipalities of Rupandehi district and were very disappointed to see the condition of those cowsheds. It was found that the cowshed operated by ISKCON Nepal in Tilottama municipality has the capacity to keep only 160 cows/ oxen/bulls, but 200 cows are kept there.

As a result, the condition of the cows there is pitiful and they have not been able to live comfortably. It can be inferred from here that the municipality has done a lot of negligence in this matter. According to Rantidev Das (Ravin Paudel), the owner of the cowshed, only 5 lakh budget is given annually by the municipality for the welfare of the cows.

Similarly, 500 cows are kept in Kamdhenu Cowshed located in Devdah municipality area, which seems to be satisfactory to some extent, but the municipality does not seem to take any initiative for proper management on its part. Even now, cows and bulls are found on the roads of that area in a disorderly and fragile condition. Although the city police are responsible for taking such unorganized and fragile quadrupeds to the concerned bodies and authorities, those stray and fragile quadrupeds in the critical condition have not been able to reach the concerned bodies and authorities.

The condition of Shivnagar community cowshed in Butwal sub-metropolitan city is even critical. There is a cowshed with the capacity to keep more than 500 cows but there are only 75 cows. We were speechless to see such irresponsible state of the sub-metropolitan city.  Surprisingly, there is not any permanent cow shed run by the municipality in Siddharthanagar Municipality. So far, some stray animals have been kept in a temporary Kanji house at Devkota Chowk, while the rest of the stray animals are managed at the National Cow Conservation and Research Center at Bardghat, West Parasi.

Keeping human health in mind, quadrupeds should be raised in a safe and healthy manner.

These abovementioned places are only from Rupandehi district, now, let’s imagine the overall scenario of the entire country. Obviously, the condition of stray quadrupeds must be very miserable throughout our country. There is also a need to look at the relationship between those quadrupedal pets and their contribution/harm to human health.

Article 30 of the Constitution of Nepal guarantees the right to live in a clean and healthy environment. I don't know whether our government (Local to Central) is aware of this or not but it is imperative to be more concerned about it otherwise diseases transmitted via animals/birds like Anthrax, Avian influenza, B. Viruses, Brucellosis, E. coli, J-Adria, Leptospirosis, Q-fever, Rabies, Tuberculosis, various hookworms, Salmonella infection, HIV, etc. have become normal today and can become pandemic.

Therefore, keeping human health in mind, quadrupeds should be raised in a safe and healthy manner. According to Section 11 of the Local Government Operation Act, 2074, the responsibility for controlling natural disasters and epidemic diseases caused by agriculture and livestock is on local bodies.

At last, let’s be protectors of all animals including stray animals and connect it with financial gain, as milk, ghee, curd etc. can be produced from cows and oxen can be used in farming due to which different types of grains and seeds can be produced in agriculture. Thus, every local body should construct the required number of cow sheds along with proper management of cow/bull grazing and living place. Proper management of stray animals enhances our security.