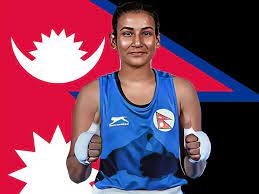 Kathmandu, 25 January (2023) - Nepali boxer Sushma Tamang has clinched a silver medal in the U-22 Boxing Championship. In women's 48 kg category, she lost 5-0 to Fozilova Farzona from Uzbekistan in a match in Bangkok, Thailand.