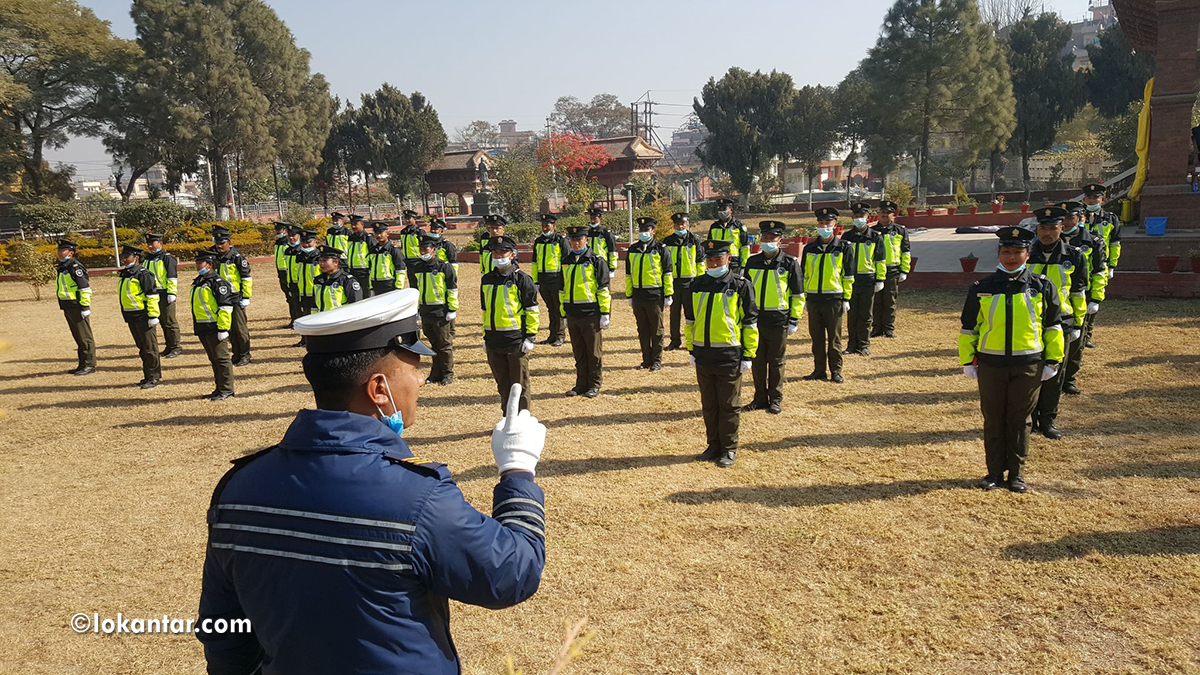 "It is our duty to serve the city-dwellers as we draw salary from taxpayers' money and we need to help in managing traffic in the city. That is why we have started the training program," Hachhethu said.

The training will take place indoors and outdoors for an hour for 15 days.

Under indoor training, they will be trained on traffic signals, traffic rules, VIP carcade, and other issues.

Five-member team under the coordination of City Police Chief Sitaram Hachhethu has been formed to assist traffic police to manage heavy traffic in LMC.

The team will help in clearing the traffic jam.

LMC has 73 city police personnel. Twenty three among them are permanent staff while 50 are temporary.

Hachhethu also informed that mobile apps are to be introduced to expedite tasks and make the LMC office technology-friendly.

"This is the age of technology and everyone wants to have tasks accomplished quickly. To fulfill that need we are introducing city police apps," Hachhethu told Lokantar.

Anyone can take pictures of unmanaged wires, broken sanitation pipes, or street shops and send them to the mobile application. City Police will start action immediately after message arrives, Hachhethu said.