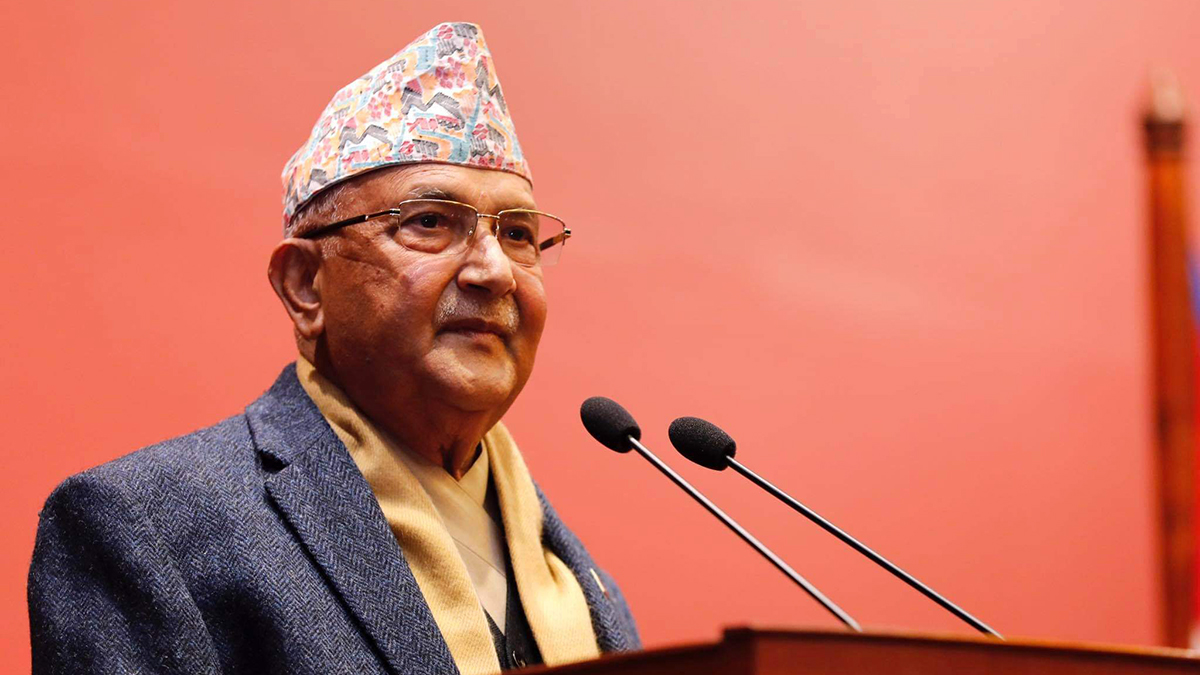 Kathmandu, 10 January (2021) - Prime Minister KP Sharma Oli alleged that partisan people are causing harm to the dignity of the President.

Responding to a question raised by Nepali Congress parliamentarian Anita Devkota at upper parliament National Assembly on Sunday, Oli said that the President has a mere ceremonial function.

"In which world are you? Our constitution provides for ceremonial duty of the President, to endorse recommendation of the PM," he said.

"Do we need an active President that disregards PM's recommendation? Do you we need a new monarch who issue decrees? We don't need a President that indulges in extra-constitutional activities."

He added, "Some people with regressive thoughts and with their own narrow party interests harbor ill-will against the President and sling mud."

Previously Devkota had asked the PM, "How can we trust the PM conducting elections when he arbitrarily dissolved the parliament rather than face probable motion of no confidence? You can declare yourself a king and recommend the President to endorse the declaration. And she may issue a release accordingly. Do we need to call you king afterwards?"