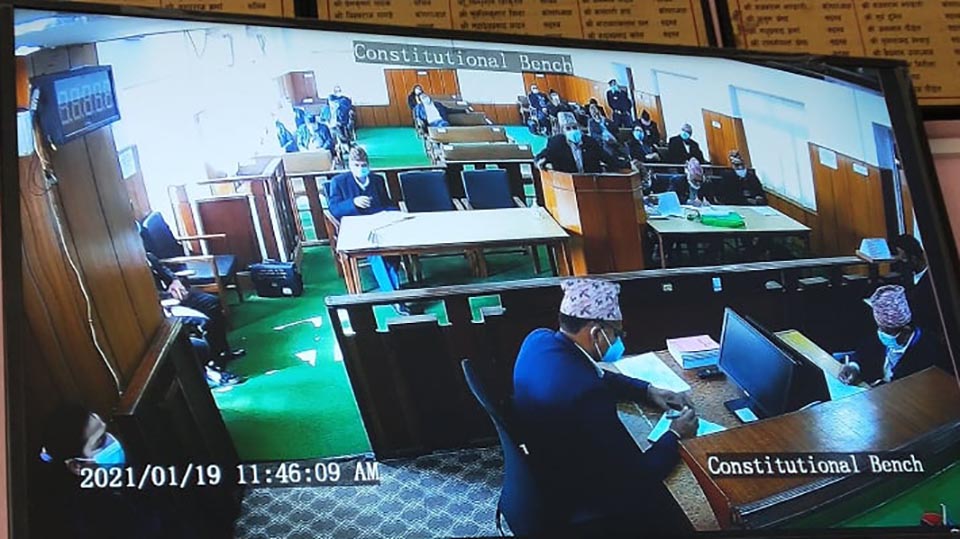 Kathmandu, 19 January (2021) - An interesting banter between Chief Justice Cholendra Shumsher JB Rana and Advocate Harka Bahadur Rawal ensued on the third day of hearing on cases against dissolution of House of Representatives.

Advocate Rawal said that the constitution does not allow the PM with majority support to disband the parliament.

CJ Rana then asked, "Where does the majority government take vote of trust?"

Rawal replied, "In the parliament."

Rawal said, "The government can't dissolve parliament in either case."

CJ Rana asked, "What is the solution? What does constitution say?"

Rawal said, "Can a party with majority number say that it doesn't want to govern? If the PM doesn't want to fulfill his duties, he should resign and recommend another leader to Parliamentary Party and make that leader the PM."

Previously, Justice Sapana Pradhan Malla and Advocate Dr. Shiv Kumar Yadav exchanged repartees on the issue about whether the government was formed on the basis of Article 76 (1) or (2).