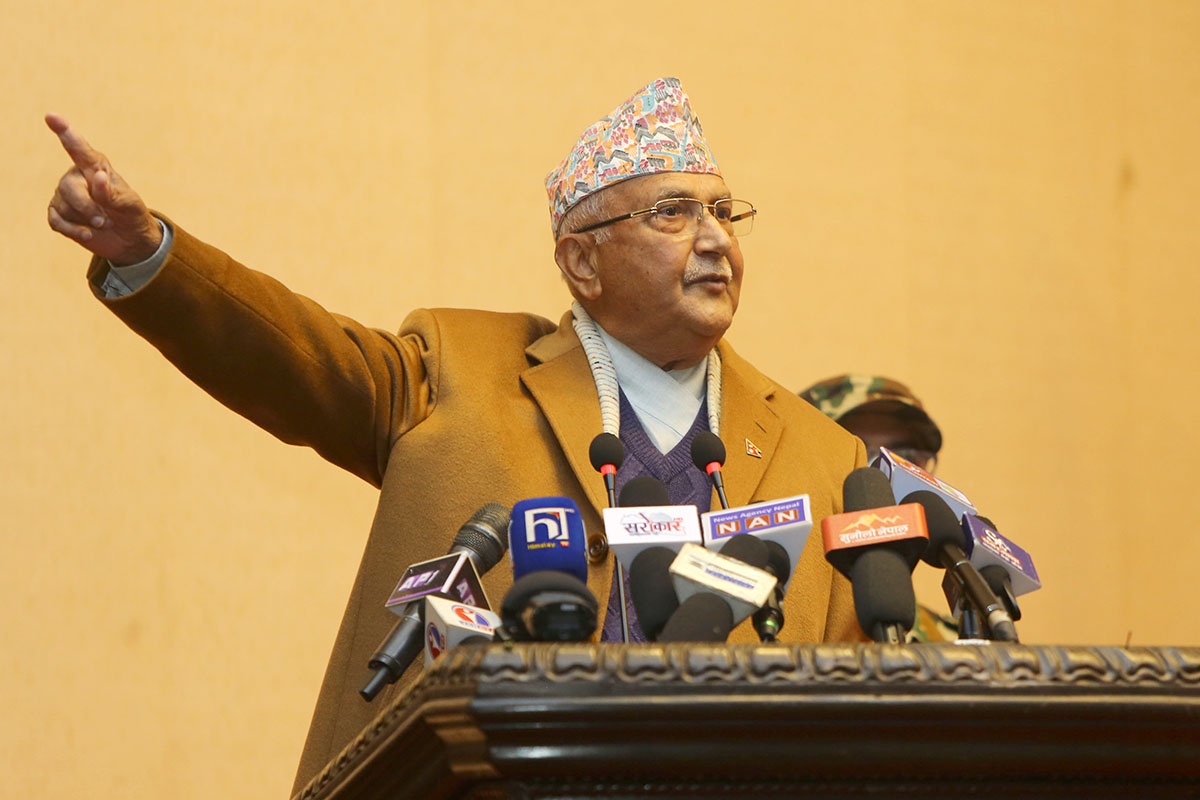 Kathmandu, 27 January (2021) - Prime Minister and Nepal Communist Party Chairman KP Sharma Oli said that the independence of judiciary is under attack with stacks of logics and counter logics.

Addressing a program organized by Nepal Federation of Indigenous Nationalities in Kathmandu on Wednesday, PM Oli also said that elections will be held on time.

"Some people are challenging the independence of judiciary by stacking logics and counter logics, spreading rumors, threatening of dire consequences if the court issues decision in favor of elections. Different activities are going on," Oli said.

He also said that he has been unfairly portrayed as an opponent of ethnic people.