I have been attacked left, right, and centre: PM Oli 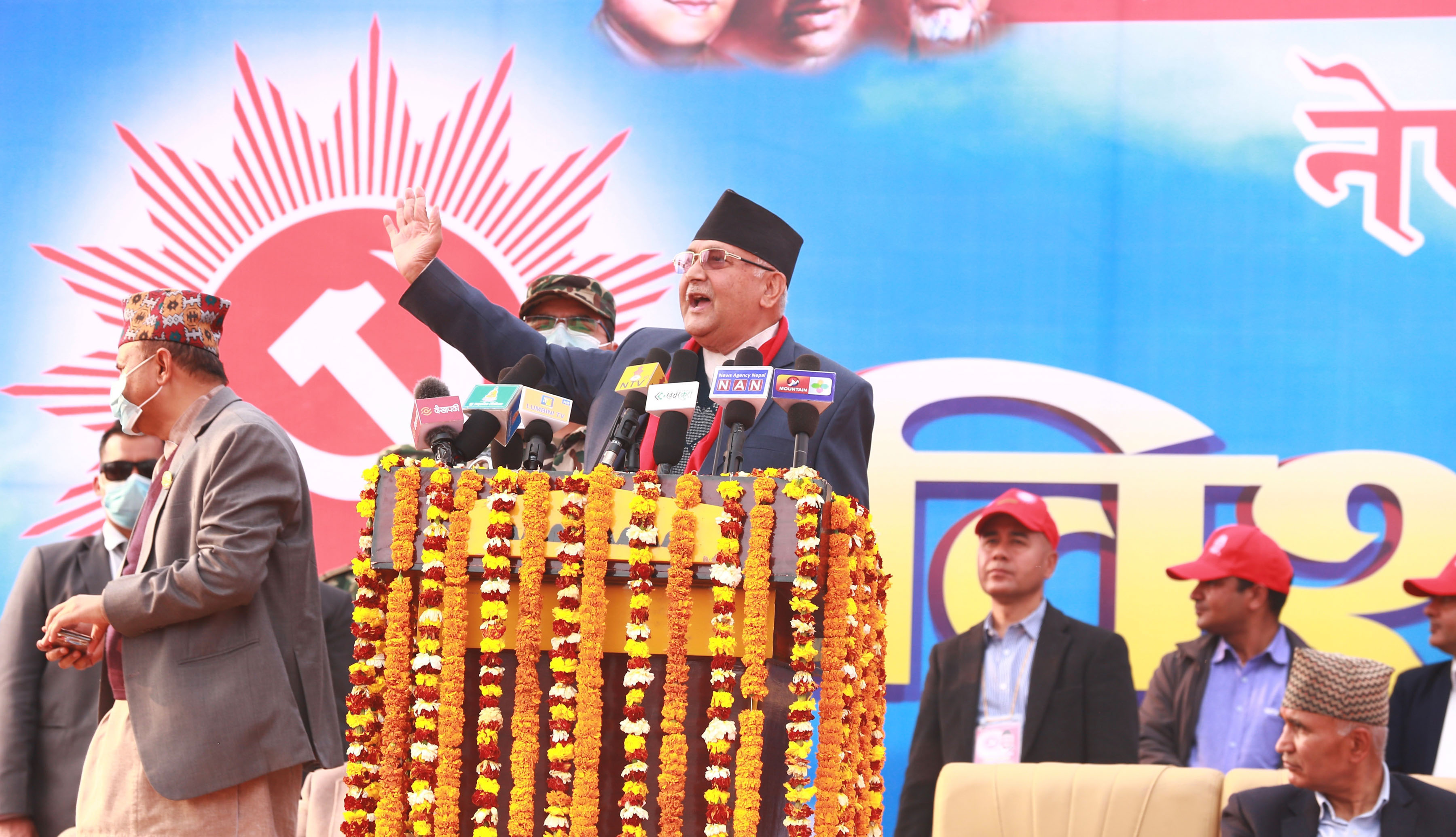 Addressing a gathering of Gandaki Province level party activists on Monday in Pokhara, PM Oli also said that there may even be physical attacks on him.

"Attack on me from all sides has increased over days. You may not be surprised to see me being physically assaulted one day," he said. "But we won't let that happen. We will be vigilant."

He also said that the party will remain intact even if he is no longer in the scene.

Oli said, "They say that I should leave the post and then then party will remain unified. They are planning to push the country to the brink. You shouldn't pay attention to such rhetoric."

He also claimed that even if the rival faction claims about majority in central committee he gave them that majority.