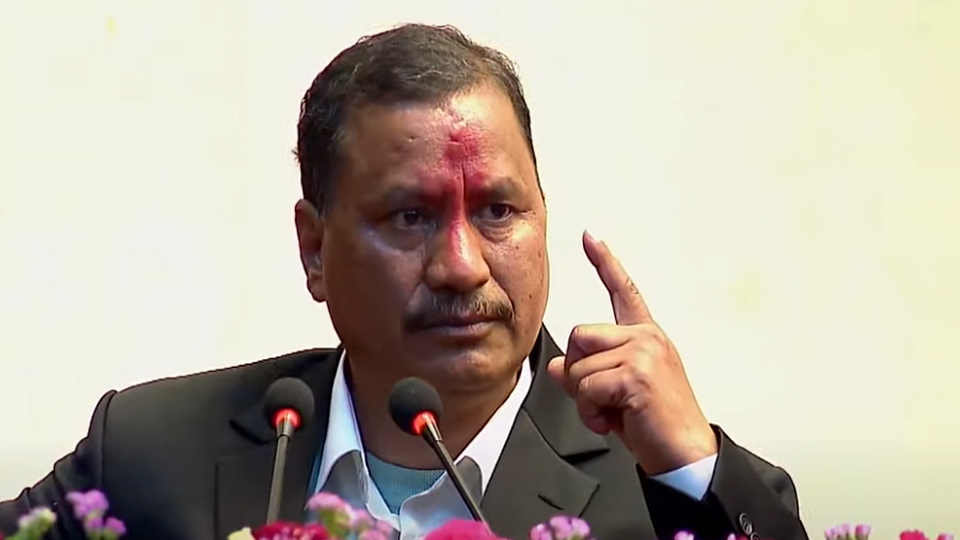 Kathmandu, 5 March (2021) - General Secretary of Nepal Communist Party (Biplav Group) Netra Bikram Chand "Biplav" said that he would  not accept any intervention even if his outfit joined peaceful politics.

Addressing a special programme of putting signature on three-point agreement between government and Biplav group on Friday in Town Hall, Biplav said that he would remain firm against intervention.

"We are open. We are ready to cooperate with all," Biplav said.

"But we say it again that if any foreign force tries to intervene against us, we will bury ourselves under the ground but won't bend. This is our commitment."

He also expressed elation that he could meet friends under open skies.

Biplav went underground for around three years and has now surfaced today.